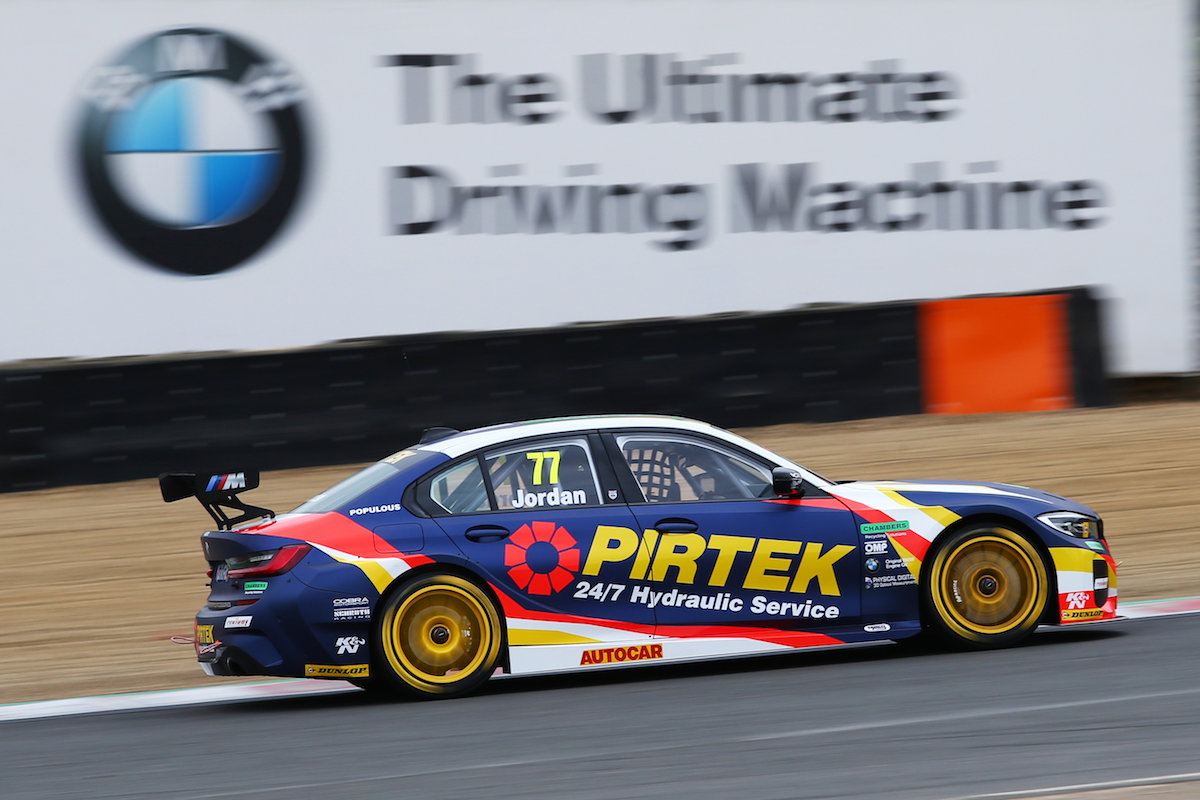 The season opener will mark the race debut for his all-new BMW 330i M Sport, which has been developed and built over the course of the winter by the West Surrey Racing team to replace the hugely successful 125i M Sport.

A herculean effort from the team ensured that Andrew was able to hit the track for the first time last week at Brands Hatch, with a shakedown on Tuesday being followed by a full day of testing against the other 29 drivers who will feature on the grid this season.

Despite that test being the first proper running for the car, Andrew was able to post the fourth fastest time as the new BMW ran both quickly and reliably out of the box – setting a faster time than he had done around the short Indy layout in the outgoing car.

The early performance leaves Andrew confident about a strong start to his championship challenge although at the same time, the 2013 champion heads into the season keeping his feet on the ground and with realistic targets.

“I’m really looking forward to Brands Hatch,” he said. “This is an exciting time as we prepare for the first race with the new 330i M Sport and the performance we have seen from the car so far has been very promising. To be fourth quickest in the test last week was a great start and I immediately felt comfortable behind the wheel; the car felt like my own right away.

“Before we hit the track for the first time, we had no idea what to expect from the opening rounds and, while we’ve seen that the car is quick out of the box, we have to keep our feet on the ground. We’re still relatively untested compared to most of the other teams and haven’t had chance to do a lot of long runs to see how the car performs, so we don’t want to get carried away.

“Of course, I would love to go out there and fight for pole position and if I get a sniff of a win then I’ll be pushing for it, but we need to look at the season as a whole and consider the long game. The important thing this weekend is to stay out of trouble, get plenty of track time, and pick up three solid points finishes to kick off the season.

“For me personally, it is fantastic to be involved in something of a new era with West Surrey Racing, BMW and the return of the 3 Series and I’m feeling very upbeat and confident in myself about the year ahead. I’m sure that we’re in for a good season and that with the 330i M Sport, we have a car that will be a championship challenger when we head back to Brands Hatch for the final round.”