Lynch aims to build on solid start at Lydden Hill

Wigan racer Tony Lynch will hope to build on a solid opening to his opb Motorsport Retro Rallycross Championship campaign when the series heads for Lydden Hill this weekend for the second round of the year. 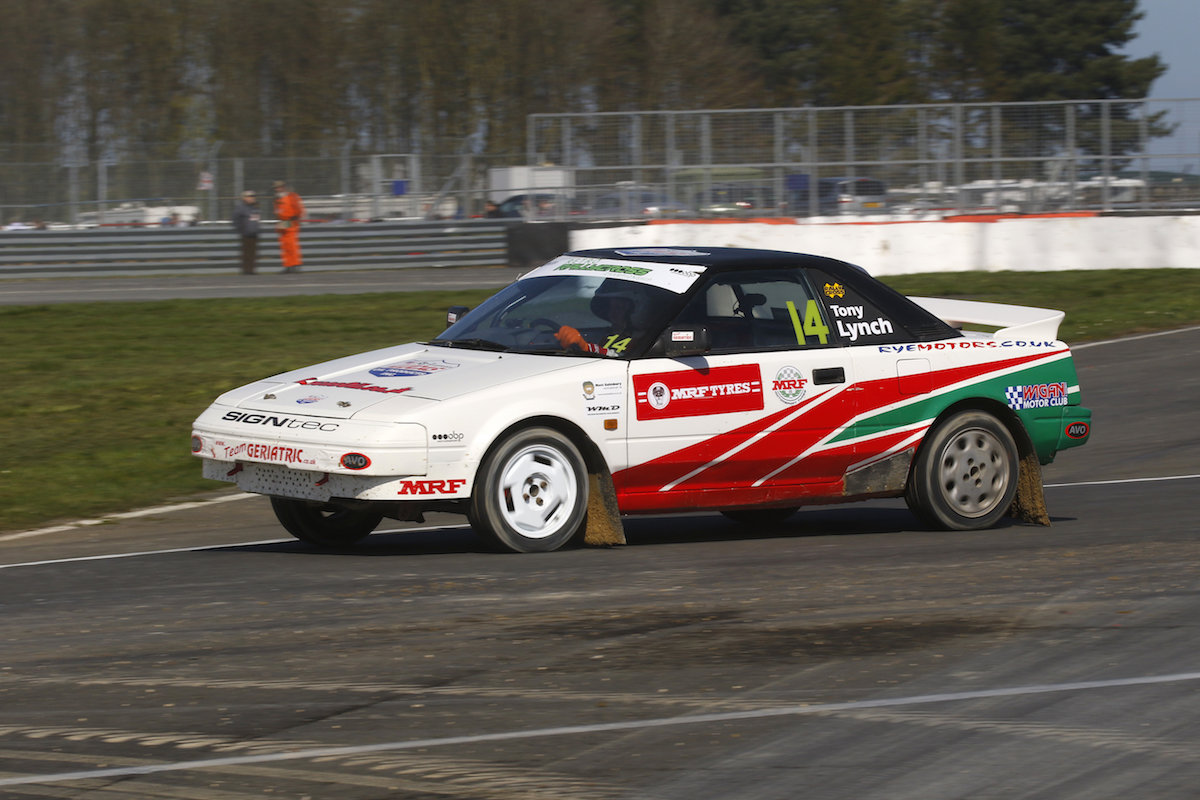 In what was his maiden outing in the series at Silverstone, Tony battled hard on track at the wheel of his Team Geriatic-run Toyota MR2 to successfully qualify for the final at the first attempt.

There, third place amongst the Retro class runners allowed him to kick-start his campaign with a podium finish.

That result leaves Tony well placed in the standings as he prepares to make the long trip to Kent for the traditional Bank Holiday Monday event at the spiritual home of rallycross.

With only limited time since the season opener at Silverstone, Tony and the team have focused on ensuring that the Toyota is fully repaired from the battle scars it picked up in round one, with more extensive development work planned in the gap ahead of round three.

“Silverstone showed us various things on the car that we need to improve, mainly around the suspension and the engine,” he said. “Because we don’t have much time between the first two rounds, we’ve not been able to carry out that work and have instead focused on making sure the car is race ready for this weekend.

“It means that we can’t expect to make a big step forwards in terms of performance at Lydden Hill, with the weekend being similar to Silverstone in that we will be using it as something of a test.

“We came away from round one with a much better result than we expected and we’ll take a similar approach to Lydden Hill this weekend. It’s all about continuing to learn as much as we can about the car and then we can take that knowledge into the break before round three and carry out the first stage of the development work we have planned.”