BMW Pirtek Racing’s Andrew Jordan bounced back to form in fine style at Thruxton with a double win from the latest rounds of the Kwik Fit British Touring Car Championship. 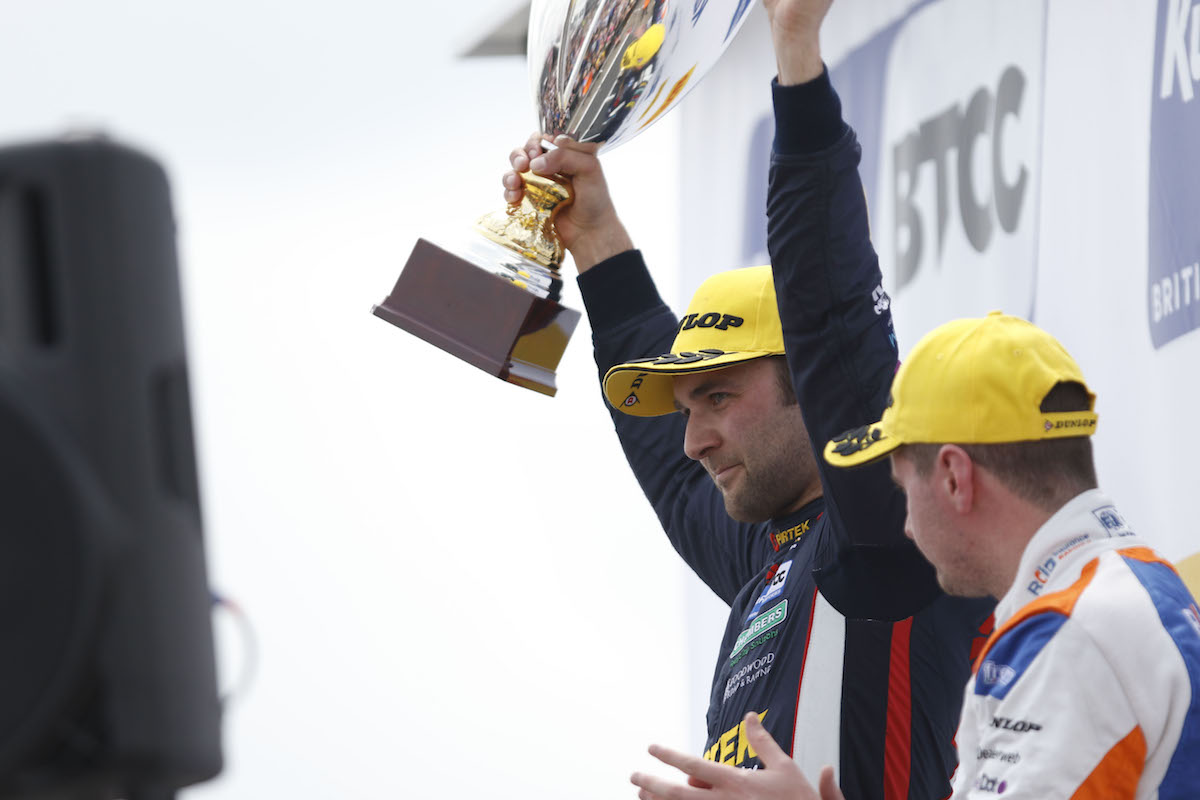 Andrew headed into the weekend targeting a big haul of points after a tough weekend at Donington Park, where a heavy accident in race one ruled him out of action and unable to score any points.

With West Surrey Racing having fully repaired his BMW 330i M Sport, Andrew was right on the pace in free practice and looked well placed to secure pole position in qualifying having held top spot going into the closing two minutes.

However, a red flag led to the clock being reset for a five minute fight for pole and two of his rivals had the chance to jump ahead, leaving Andrew to start the opening race of the weekend from third on the grid.

A strong start when the lights went out allowed Andrew to jump to second place behind poleman Sam Tordoff. Keeping the leader honest through the first half of the race, Andrew then took full advantage of a battery issue for the Honda man to sweep ahead into the lead with four laps remaining.

From there, Andrew was untroubled at the front as he wrapped up his second victory of the campaign.

On pole for race two but now carrying maximum ballast on his car, Andrew made a solid start when the action got underway to maintain his place at the head of the field on the run to the complex for the first time.

With team-mate Colin Turkington shadowing him behind, Andrew was able to control the race from the front despite light drizzle that made track conditions increasingly difficult to secure his second win of the day; making him the first driver this season to win three times in the process.

An unfortunate spin in race three after contact from Stephen Jelly going through the complex prevented Andrew from adding to his points tally although he leaves Thruxton having now moved back into the top ten in the championship standings.

“If I said I didn’t care about race three then I’d be lying, but I can’t be disappointed after the way the first two races went,” he said.

“To come here after what happened at Donington Park, be quick across Saturday and then take two wins is brilliant – particularly race two when we had extra weight in the car and had to deal with some drizzle towards the end.

“I’d say we were pretty dominant across those two races and it’s a shame that we missed out on some points in race three but that is how it goes, and the wins certainly outweigh that disappointment.

“Three wins from nine races is a good return from the season so far and we have got some momentum to take into Croft at a circuit where we should be strong.”