It’s been something of a busy week and having been forced to miss some training sessions last week after tweaking my back, it was good last night to return to the gym and get back ‘on the wagon’ again. 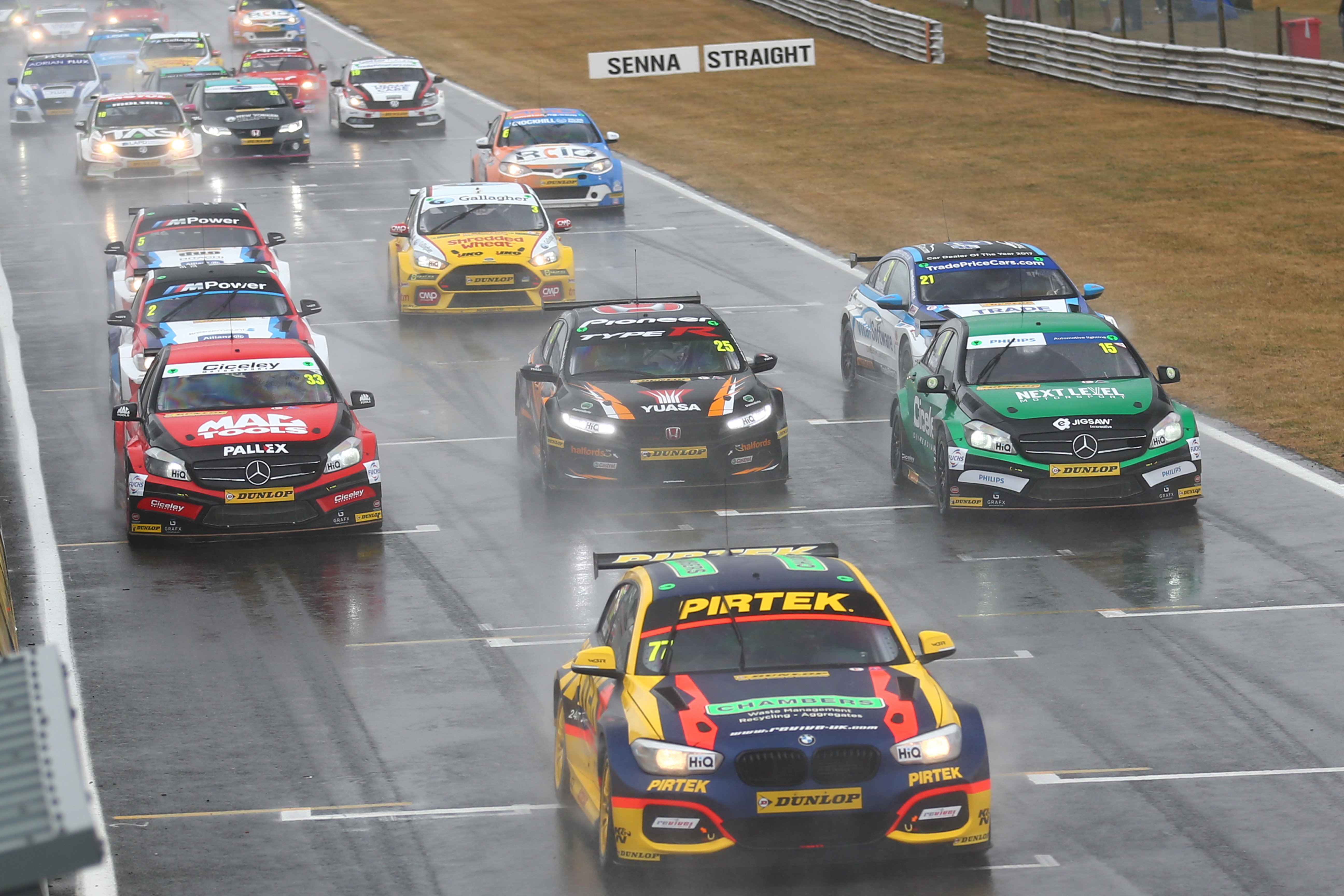 It might sound like a funny thing to say when I’d only missed three days, but I guess that’s an indication of the routine that I’ve now got into.

I wouldn’t have been able to do my Saturday session regardless this past week as the second half of the BTCC season kicked off at Snetterton following the usual summer break. I’ve worked trackside following the series now since 2004 which makes the 60th anniversary season the 15th that I’ve covered since graduating from university.

Race weekends for me are a pretty full-on experience from the moment I arrive at the circuit, with multiple clients racing in the BTCC, Ginetta Junior and the Ginetta GT4 championships. They are also a challenge when it comes to trying to stick to some form of healthy diet, simply because race tracks around the country aren’t known for being the best places to grab something to eat that’s good for you.

Saturday’s aren’t too bad because I can prep something to take with me and keep it in a cool bag for later in the day, but that isn’t possible for a full weekend – which usually leaves me wondering what to do on a Sunday. Okay so there are healthy (or ‘less bad’) snacks I can take with that don’t need to be kept cool, but I still need a proper meal somewhere as well.

Depending on which circuit it is and where I’m staying, I’ll try to grab something on the way in in a morning – so the fact there was an M&S Foodhall in a nearby service station meant I could pick up lunch on the way in.

But that still left me needing to grab a bite to eat later in the day when there was a drive home of more then 220 miles.

It’s the nature of the job that I don’t get away until late and that in turn then creates it’s own problems. I’d spotted a garage on the A11 that had an M&S Foodhall on the way down on Saturday morning so knew I’d be able to pick something up there on the way back but having not left until after 10pm, the shutters had been pulled down and they were only selling fuel.

Unless you are on the road during the day, there is a good chance that there will be nowhere where you can get something that is even a touch healthy. Cambridge has a range of eateries if you arrive during the day, with M&S offering various healthy options, WH Smiths and Costa where you could grab a sandwich, a diner that offers salads, a noodle bar and a Mexican where you could get some grilled chicken and sweet potato fries that at least goes some way towards keeping you on track.

Arrive as I did as the clock ticks past 11pm and your options boil down to KFC and McDonalds, and even KFC was closing as I walked in.

I ended up at McDonalds simply because I had to eat with the drive ahead of me even though it would have been far from my first choice, which is in stark contrast to twelve months ago when I’d have been in my element given the choice of a burger or deep fried chicken.

Even though it’s what I’d now class as a ‘cheat meal’, it’s funny how your views change over time because I wouldn’t say I enjoyed it as I would have done in the past and I’d have enjoyed something healthier – words I certainly wouldn’t have said previously when I was a bit too much of a fan of junk food.

It only made me more determined to push myself when returning to training on Monday at Spartan and walking in to see we had Tom rather than Jaide was a surprise that I wouldn’t say was pleasant.

However, I made sure I pushed myself that little bit harder to work off what I’d eaten the night before and felt a lot better for it as a result – once that initial moment of feeling like you’re going to die had passed.

For the second week in a row, the revised Spartan session was more akin to Mast on steroids and it was certainly more difficult in practice that it might have appeared on the board.

Running the circuit first before switching to a 16 minute AMRAP workout of squats, press-ups and burpees (because you can’t have a session with Tom without them) was probably the harder way to do it because you could already see some scores on the board from those who had done the AMRAP element first.

Double figures would have done the job given how my legs felt after round one, so to end up with twelve – meaning 288 squats, 144 press-ups and 72 burpees – felt like a job well done. I’m sure there was no need for a five minute long ab finisher afterwards though…

All being well, there’ll be more of a routine to training over the next few weeks but the weekend also provided me with a further boost to continue my fitness drive thanks to a couple of comments from people who said what a huge change they could see in me over time.

You don’t always notice yourself on a day-by-day basis how you are changing and it’s those who you only see once in a while who are perhaps best placed to comment.

As one person said, “Not in a gay way mate, but you’re actually looking quite good” – that’ll do me.