The Richardson Racing team can today confirm that it will return to the F4 British Championship Certified by FIA – powered by Ford EcoBoost for the 2019 season. 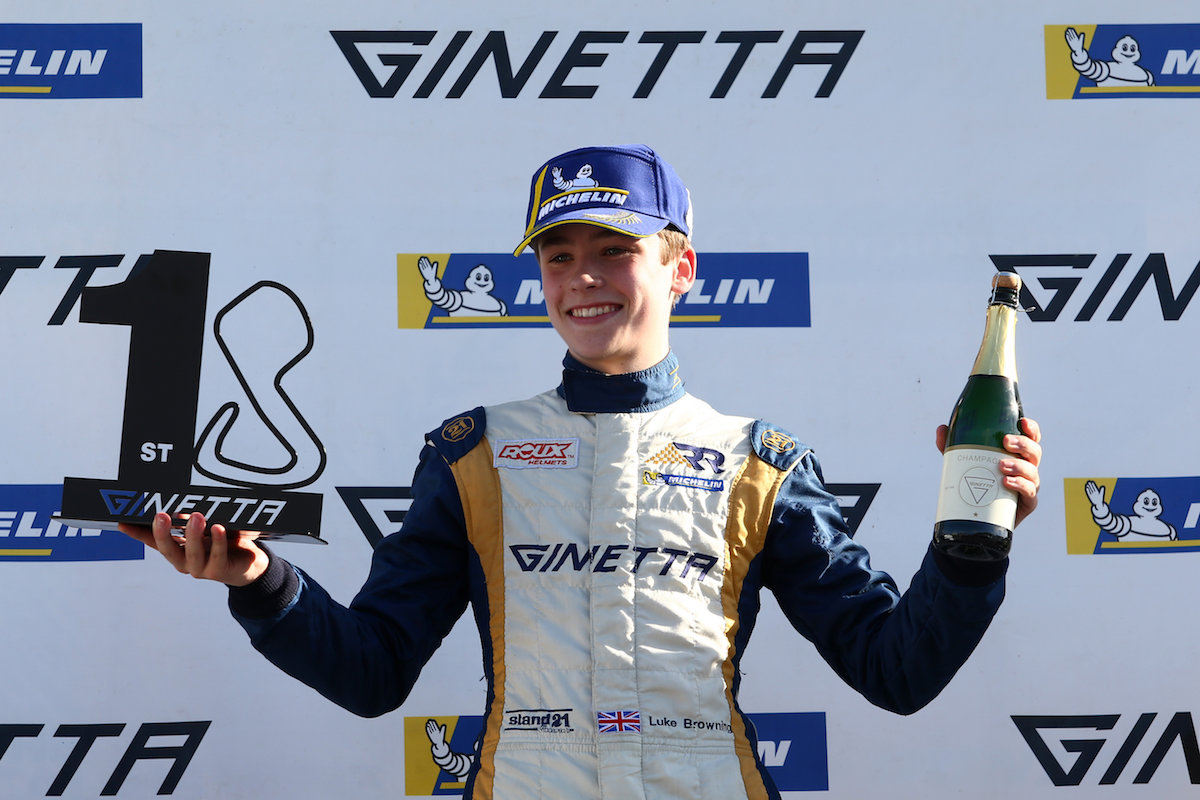 Having competed in the series from 2015 to 2017, the Corby-based outfit took a year out from single-seater competition to focus on expanding its involvement in junior level racing.

Now, following a successful season on track, the team will return to British F4 as part of a multi-series programme for the 2019 campaign, with youngster Luke Browning spearheading its single-seater return.

The 16-year-old from Kingsley in Cheshire graduates to single-seaters on the back of a successful career to date in junior racing, firstly in the Junior Saloon Car Championship where he secured multiple podium finishes and took his first car victory at Brands Hatch.

Establishing himself as a series front-runner, Luke ended the year smashing records with the quickest laps ever seen in the series at Silverstone.

From there, he moved into the Ginetta Junior Championship as part of Richardson Racing’s new junior programme, making impressive progress across his rookie season in 2017 to secure multiple class podiums and a rookie victory at Rockingham.

That was the pre-cursor to a fine 2018 campaign where Luke emerged as one of the drivers to beat, taking eight race victories and a further ten podium finishes en-route to third in the championship standings – having been in contention for the title right through to the final race of the year.

Preparations for the move into British F4 have already kicked off with Luke spending time on the team’s state-of-the-art simulator in Corby, with on-track testing set to kick off in due course ahead of the start of the 2019 campaign at Brands Hatch in early April.

Luke and the team will then compete in 30 races across ten meetings across the UK at circuits including Silverstone, Donington Park and Knockhill.

Luke Browning said:
“The opportunity to make the step up to British F4 is an amazing one for me and I have to say massive thanks to Richardson Racing and also to Proceed Group as it wouldn’t be possible without their ongoing support and the faith they have shown in me.

“The fact that I’m able to remain with the team has been a key factor in this deal because we have developed a really good working relationship over the past two seasons. They have helped to mould me into the driver I am and we know how each other works, so there is no-one else I would want to graduate with.

“Running in a single-seater with slicks and wings is going to be totally different to anything I’ve done before, but the team has good experience of running the car and we have a good testing programme in place to help me get up to speed.

“It’s difficult to set myself any targets before testing has even started, but you only have to look at what people like Lando Norris, Jamie Caroline and Kiern Jewiss have achieved in F4 to see that the Ginetta Junior Championship is the ideal stepping stone.

“With that in mind, I feel confident that we can do a good job next year and I’d like to think that we can quickly be in a position to challenge for podium finishes.”

Gwyn Richardson, team principal, said:
“Over the past two seasons we have seen Luke develop from a raw youngster into a very talented racer, as he showed with his performances on track over the course of 2018.

“With his time in Ginetta Juniors at an end, we were keen to maintain our relationship with Luke as we know there is still more to come from him, and are delighted to confirm that he will now spearhead our return to British F4 after a year away.

“If you look at the record of some of the drivers who have graduated from Ginetta Juniors into British F4 in the past, it goes without saying that we are extremely excited about what the 2019 season holds for Luke.

“We are confident that he will build on the success he enjoyed on track this year and will continue to make a real impression as he takes his career to the next level.”