BMW Pirtek Racing can today reveal the all-new BMW 330i M Sport that Andrew Jordan will use for his assault on the 2019 Kwik Fit British Touring Car Championship. 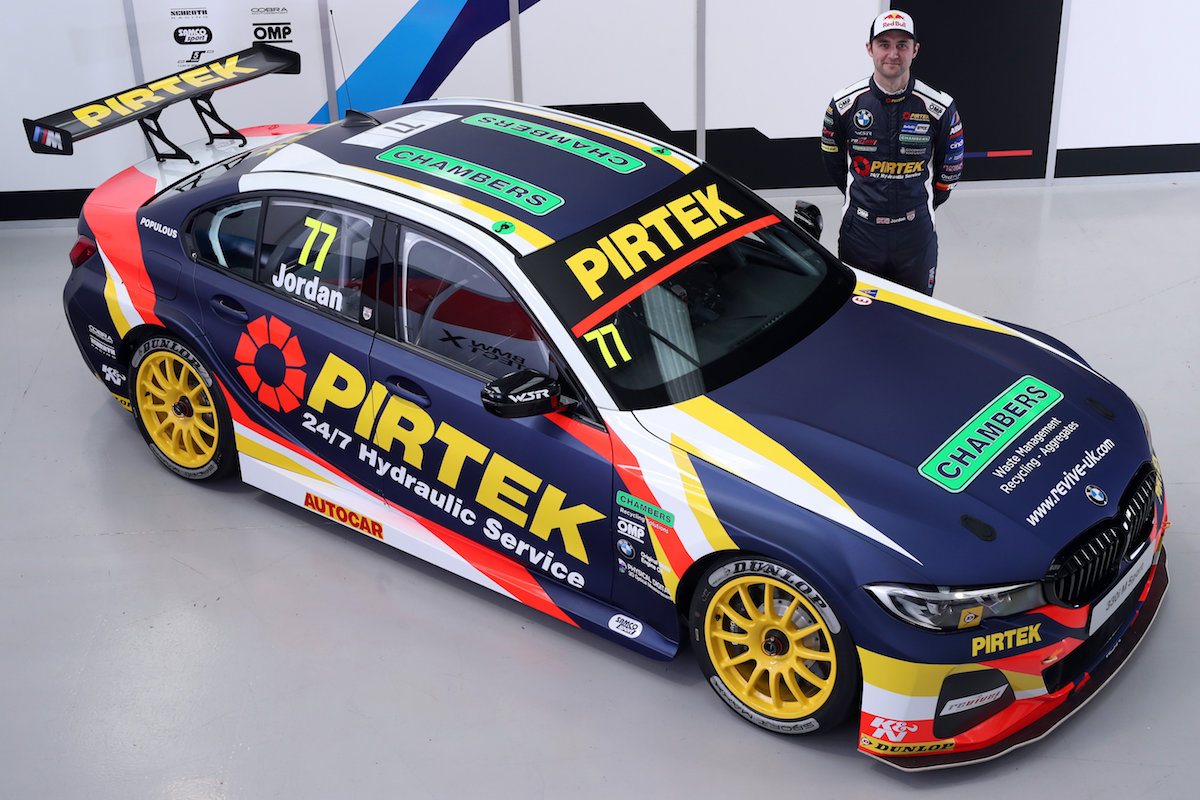 The car, based on the seventh-generation of BMW’s best-selling model, has been developed over the course of the winter by West Surrey Racing, which will be entering its 13th season representing the German manufacturer.

Andrew himself will be entering his third year as a BMW-backed driver, with BMW Pirtek Racing once again entered into the series with support from BMW UK.

Since joining forces with West Surrey Racing and BMW at the start of 2017, Andrew has secured four race wins and a further six podium finishes, with a best finish of fifth in the championship standings last year.

The 29-year-old heads into the new campaign seeking to add to his tally of silverware across the past two seasons, with the ultimate goal of fighting for a second championship title to add to the one he secured in 2013.

Having run a special livery in 2018 as part of Pirtek’s 30th anniversary celebrations, Andrew will debut a new look on his 330i M Sport for the season ahead, which blends Pirtek’s traditional blue, red and yellow colours with the white now adorning Pirtek’s fleet of vans across Europe.

The new car replaces the BMW 125i M Sport that Andrew has raced for the past two seasons, and which has proven to be the most successful car of the current NGTC era – with more wins, podiums and fastest laps than any other model.

Andrew will sample his new BMW Pirtek Racing machine for the first time today at Brands Hatch before the car makes its public bow during the BTCC season launch at the same venue tomorrow [27 March].

The new 330i M Sport will then make its race debut at the Kent circuit on the weekend of 6/7 April.

“The work that has gone into the new BMW Pirtek Racing 3 Series in such a short amount of time is incredible and I think the end result looks fantastic,” Andrew said. “I have to say a massive thank you to all of the team, and everyone else who has been involved in the build, as they have really pulled out all the stops to get the car ready for the start of the season.

“As a road car, the new BMW 3 Series is a seriously good looking machine and that’s certainly something that has carried across to the racing version. The design work that has gone into it is second to none, and the end result is a hugely impressive car that I think the whole team should feel very proud of.

“The 3 Series also really suits the new look Pirtek Racing livery that we’ll debut this season, which combines our traditional colours with flashes of white. Throughout my time with Pirtek, I’ve been lucky enough to race in some good-looking cars, but I think that the new BMW in our 2019 livery is the best of the lot.