Solid start to Retro life for Tony Lynch at Silverstone

Wigan racer Tony Lynch enjoyed a solid start to life in the opb Motorsport Retro Rallycross Championship with a podium finish from the season opener at Silverstone. 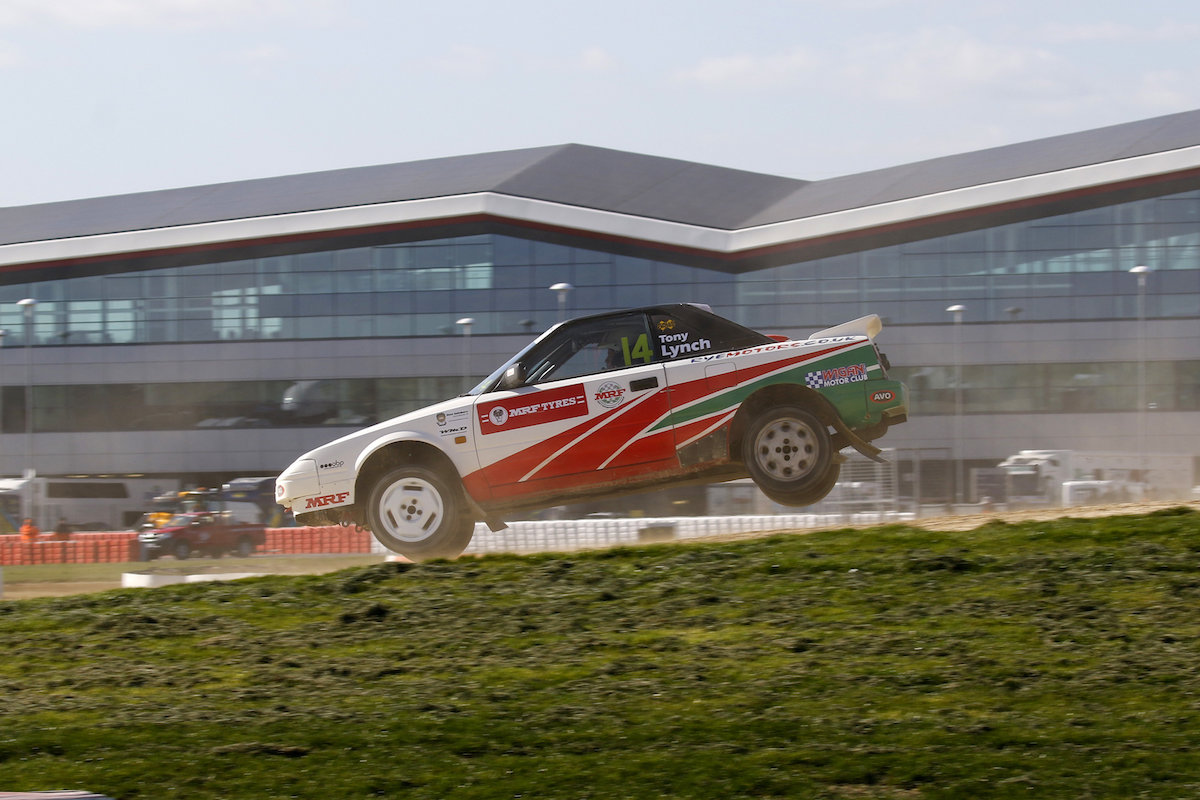 Tony headed into the weekend unsure of what to expect from his first outing in the series, having only been able to complete limited pre-season running at the wheel of his Team Geriatric-run Toyota MR2.

Using the season opener as an extended test session, Tony enjoyed a solid start to the weekend when he took class honours in his opening qualifying heat and followed it up with third place in heat two.

Another third place finish in heat three meant Tony secured a place in the semi-final, where a third straight top three class finish was good enough to earn a place in the final.

Running alongside a number of Super Retro and Retro 4WD cars, Tony put in solid showing at the wheel of the Toyota and successfully brought the car to the finish third in the Retro class.

“We didn’t know what to expect from the Silverstone weekend, but I’ve come away from round one with a huge smile on my face,” Tony said. “To qualify for the final in the first meeting with the car was more than we expected, and running side-by-side with an Audi Quattro and battling with a Lancia Stratos was an amazing feeling.

“The team did a great job to prepare the car for the weekend and it performed well, although getting a race meeting under our belt has shown a few things that we need to work on. There are clearly improvements to make to the suspension and there are some issues with the gearbox that we need to sort out, but we’ve got a solid platform to build on through the rest of the year.

“Silverstone also gave us our first chance to race on the new MRF tyres we are using this season and – like at Blyton during pre-season testing – they performed well despite not being designed with rallycross in mind. It all bodes well for the future as we work with them to develop a bespoke tyre and leaves me excited about what is to come.”

Tony and the team will next be out in action at Lydden Hill in late April before an early season break that provides the opportunity to carry out a number of improvements to the Toyota.