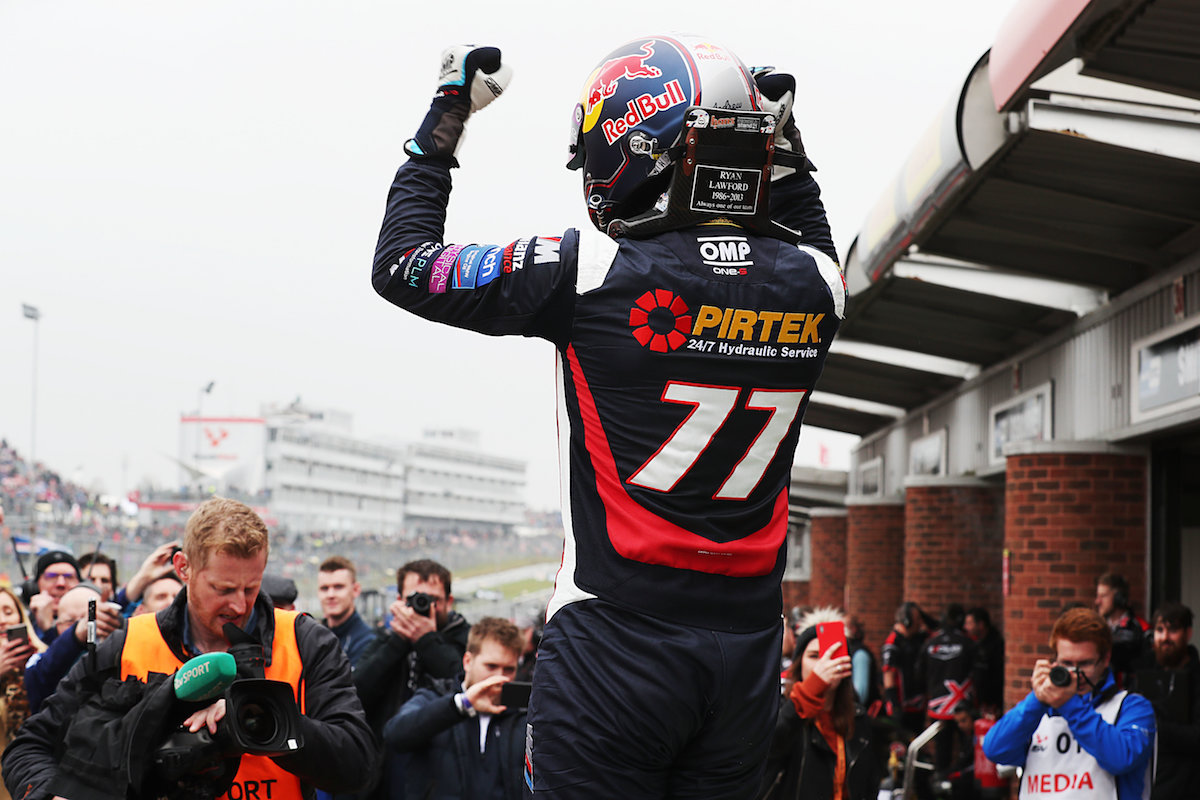 The opening meeting of the campaign marked the first outing for Andrew’s all-new BMW 330i M Sport, which had only hit the track for the first time during the official Season Launch at the same circuit a week earlier.

Building on the impressive pace shown by the new car in testing, Andrew topped the times in the opening practice session of the weekend and was then second behind fellow BMW driver Tom Oliphant in FP2 – leaving him well placed going into qualifying.

Having secured fourth place on the grid, Andrew was handed a fresh challenge before the start of race one, with early morning rain leaving teams with a tough decision to make on what tyres to select.

Like the remainder of the front-runners, Andrew went with wet Dunlop tyres on the BMW but it soon became apparent that slicks was the way to go as the anticipated heavier rain failed to appear.

Slipping back down the order as those cars on dry tyres worked their way forwards, Andrew was able to salvage a 15th place finish and a single championship point.

Eager to make his way forwards in race two, Andrew made a stunning start to rocket his way up into the top ten and then set about picking off the drivers ahead to work his way to the front.

Up into the top three before the start of lap ten, Andrew then chased down the two drivers ahead, dicing for position with Ash Sutton before the pair slipped past the leading Honda of Josh Cook.

Making his move for the lead going into lap 17, Andrew then pulled away from the chasing pack to secure his first win of the year and the first victory for the new BMW.

The final race of the weekend provided Andrew with a fresh challenge as he was left to carry maximum ballast and the less favourable soft tyre.

Despite that, Andrew would run inside the top ten in the early stages, but a trip through the gravel resulted in him being forced to pit to have lose bodywork removed from the rear of the car and resulted in a 24th place finish.

“We have shown we have some serious speed in the car this weekend and it’s great to get the first win for the 330i M Sport,” he said. “That was the dream coming into Brands Hatch, although we didn’t know if it was something we could realistically do.

“Race one was one of those where hindsight is a wonderful thing when it comes to the tyres, but at this stage of the year, we had to take the sensible view and go with the majority. We managed to salvage a point and to then win from 15th in race two was just brilliant.

“We were flattered a little bit by the fact that we were on the right tyres, but the car was really hooked up and performed brilliantly. I made up a load of places at the start and then made some good moves into Paddock Hill Bend that allowed me to get the job done, and I’m so happy to get that win.

“Okay so we could have got more from the final race but I can’t complain at a weekend where we have come out with a brand new car and taken victory. We have a great base to build on going forwards.”