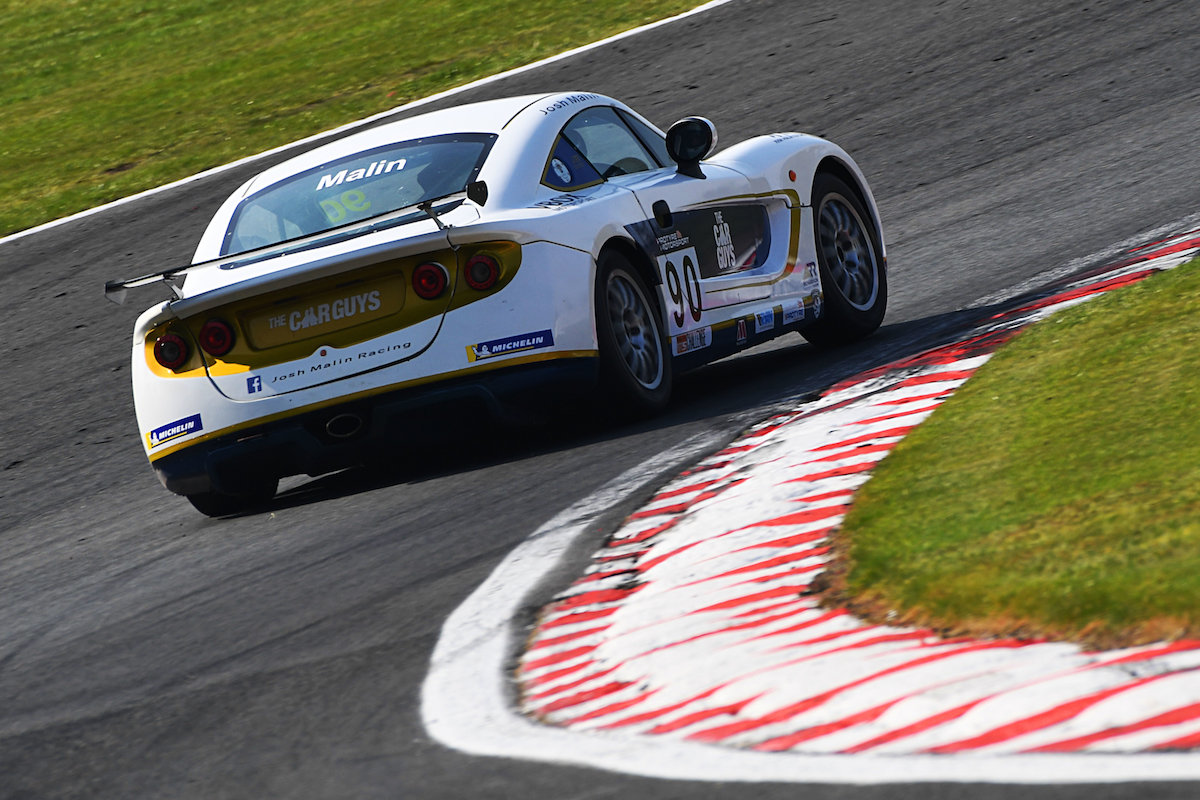 The Corby-based team headed for the Easter weekend meeting fielding a new-look line-up for the 2019 season, with Josh Malin and Jesse Chamberlain both making their debuts in the ultra-competitive one-make series.

With only limited pre-season testing prior to the season opener, the pair headed for the Cheshire circuit hoping to enjoy a solid start to the campaign, with Josh qualifying in an encouraging seventh and Jesse lining up 27th after a troubled session that saw him unable to set a truly representative lap time due to an issue with the gearbox.

The opening eight lap race of the weekend would take place on Saturday afternoon and would end with solid results for both drivers.

Although he would drop back to tenth on the opening lap, Josh was soon able to start making progress back through the order and had fought his way up to sixth place by the finish – with a penalty for another driver meaning he would ultimately be classified in fifth.

Jesse meanwhile came through a typically busy opening lap unscathed having already made up four places from his starting position and battled his way into the top 20 by the finish – lapping nearly two seconds quicker than he had been able to in qualifying.

With the grid for race two being determined by a driver’s second quickest qualifying time, Josh lined up sixth on the grid with Jesse once again starting from 27th.

Josh ran inside the top eight through the opening laps before a small error on the exit of Cascades saw him run wide across the grass. Left to pit as a result of debris collecting in the front of the car, he would end the race a lap down in 26th.

As in race one, Jesse quickly fought his way forwards into the top 20 before contact on the fifth lap saw him lose places, with his race ultimately coming to a premature end when he went off into the gravel in the closing stages.

With Josh requiring an engine change ahead of race three, the team worked against the clock to ensure both cars would be out for the final race of the weekend, with the 19-year-old repaying their efforts with a solid run through from 26th on the grid to 15th; showing encouraging pace despite spending the entire race battling his way through traffic.

Unfortunately for Jesse, his weekend would end early when a fuel issue meant he was unable to take the start.

The next outing for the pair will be at Thruxton next month for the first of two meetings this season running alongside the British Touring Car Championship.

Josh Malin (Ferndown, Dorset), #90 Ginetta G40, said:
“I set myself high expectations this season as I want to be running at the sharp end of the grid so I was pleased to qualify well for my first race meeting.

“The plan in race one was to try and stay out of trouble early on and finish strongly which is what happened but race two turned out to be the polar opposite as a trip across the grass at Cascades wasn’t the most comfortable one. That dented my confidence a bit and the team then had to change to the engine ahead of race three – so massive thanks to them for getting the job done and I’ll not go grass tracking again!

“I had a different mindset in race three as I just wanted to stay out of trouble and bring the car home in one piece. I had to take evasive action a few times to avoid things happening on track, but 15th was a solid result from where we started and I’m pleased with the weekend as a whole.

“I want to say thanks to the team and to my sponsors TheCarGuys.tv for their support and I’m excited about going to Thruxton next as it’s the closest thing I have to a home circuit. We had a decent test there last week, so hopefully I can take what I learned at Oulton Park and challenge for some strong results.”

Jesse Chamberlain (Clacton-on-Sea, Essex), #69 Ginetta G40, said:
“With very limited testing, I knew it was going to be a challenging weekend at Oulton Park and I was on the back foot after qualifying when I wasn’t able to set a representative time. It’s a hard circuit to overtake, but I have always raced better than I qualify and to come through to finish in the top 20 in race one was really good and something I was happy with considering where I started.

“I have to hold my hands up to a few mistakes in race two that ultimately cost me but they are the kind of things that I’ll live and learn from, and then we had some kind of fuel issue on the way to the grid for race three that meant I couldn’t take the start.

“Obviously I hoped for more than a single race finish but I’m learning every time I get in the car and know there is still a lot more to come. It’s been a while since I raced a rear wheel drive car and I’ve never raced rear wheel drive with slicks meaning the Ginetta is very different to the cars I have raced in the past. However, I’m confident that I’ll soon be pushing up towards the top ten.

“I’ve got to say thanks to my sponsors Dalau and Instant Images, as well as the team, for getting me out on track and hopefully we can take a step forwards next time out at Thruxton.”