The Trade Price Cars Racing team will hope to challenge for more strong points when the Kwik Fit British Touring Car Championship heads for Donington Park this weekend for the second round of the season. 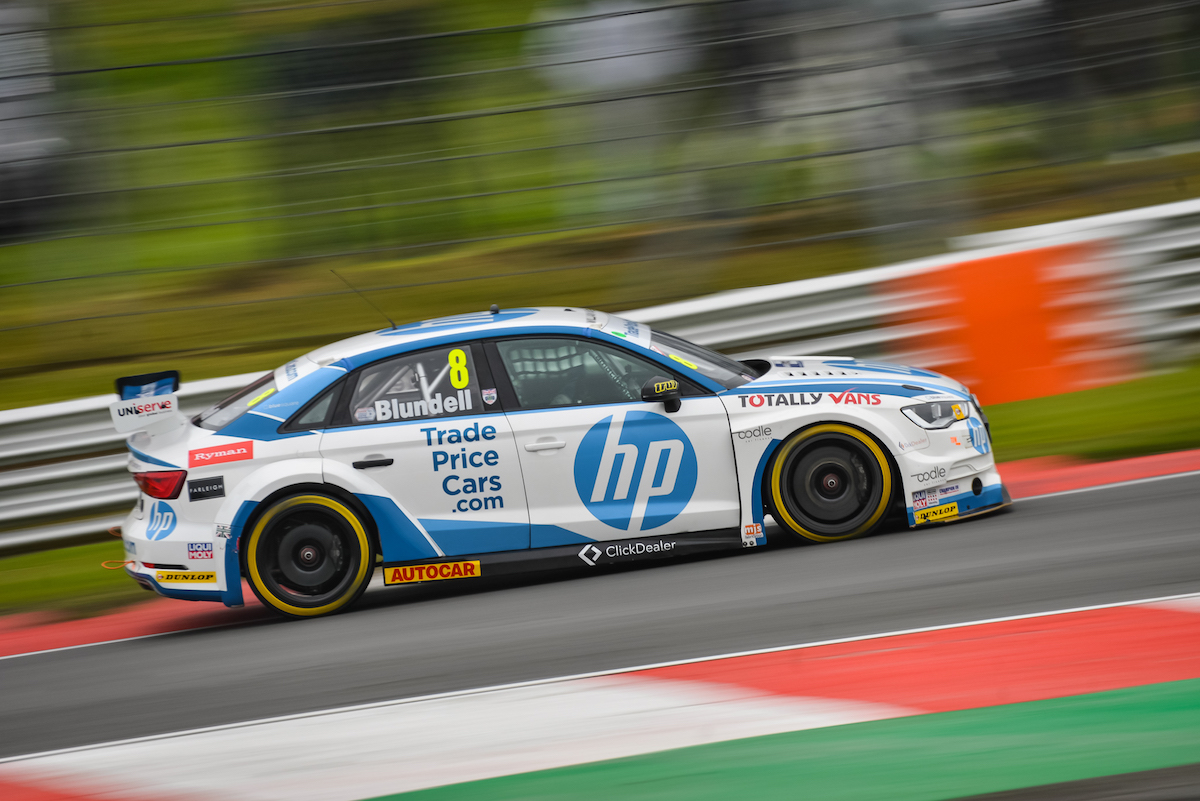 The team, run by the award-winning Essex-based motor dealership alongside technical partners AmD Tuning, enjoyed a fine start to the year at Brands Hatch and heads into the weekend sitting fifth in the Teams’ championship – ahead of a number of championship winning outfits.

The undoubted highlight of the Brands Hatch weekend came in the opening race where rising star Jake Hill secured a stunning second place finish – matching his personal best and taking the best result in the series for the Audi S3.

A fourth place finish in race two means Jake sits sixth in the championship standings heading for Donington Park, a circuit where he secured one of his three top ten finishes from a part campaign in the series in 2018.

Despite the fact he will now carry success ballast into the weekend, Jake remains confident of maintaining his strong start to the season, with top ten finishes at the very least being the target.

Team-mate Mark Blundell enjoyed a points-scoring start to his touring car career at Brands Hatch, with the former F1 racer bouncing back from a tough qualifying session to race into the top 15 in questionable conditions in race one.

The following races provided Mark with the opportunity to learn more about the rough and tumble of BTCC competition, and valuable track time, as the 53-year-old looks to get fully up to speed with the front-wheel drive Audi.

Heading into Donington Park, Mark will hope to enjoy a consistent weekend on track to maintain the progress he showed at Brands Hatch, with the ultimate goal of trying to fight towards the points scoring positions.

Mark Blundell, #8 Trade Price Cars Racing Audi S3, said:
“Brands Hatch was a lot busier than I was expecting it to be, but it gave me a better understanding of how it all works in the BTCC and how physical the racing can be. I really enjoyed how it went despite weather that was far from ideal, and to get some points on the board was a good start.

“The target now for Donington Park is to try and build on what I was able to learn at Brands Hatch to start moving forwards up the grid. I’m looking for a consistent weekend on track, and steady progress is the name of the game.

“Qualifying is one area where I hope things will go better this weekend after my error at Brands Hatch, and if I can qualify in a solid position then it would be great to fight for some more points on race day.”

Jake Hill, #24 Trade Price Cars Racing Audi S3, said:
“We tested at Donington before the start of the season and the car felt really good, so I’m heading into the weekend in confident mood. Brands Hatch was a great start to the season for us with the podium finish and whilst it would be fantastic to get that kind of result again, we have to be realistic.

“The weather conditions look a bit questionable for the weekend which could play a part in how things go, and we’ll also have to factor in the additional weight that we’ll have to carry into qualifying and race one because of our results at Brands Hatch.

“Despite that, I think we’ll have a car that is capable of running well inside the top ten and if we can come away from the weekend with three top ten finishes then I think it will be a job well done.”