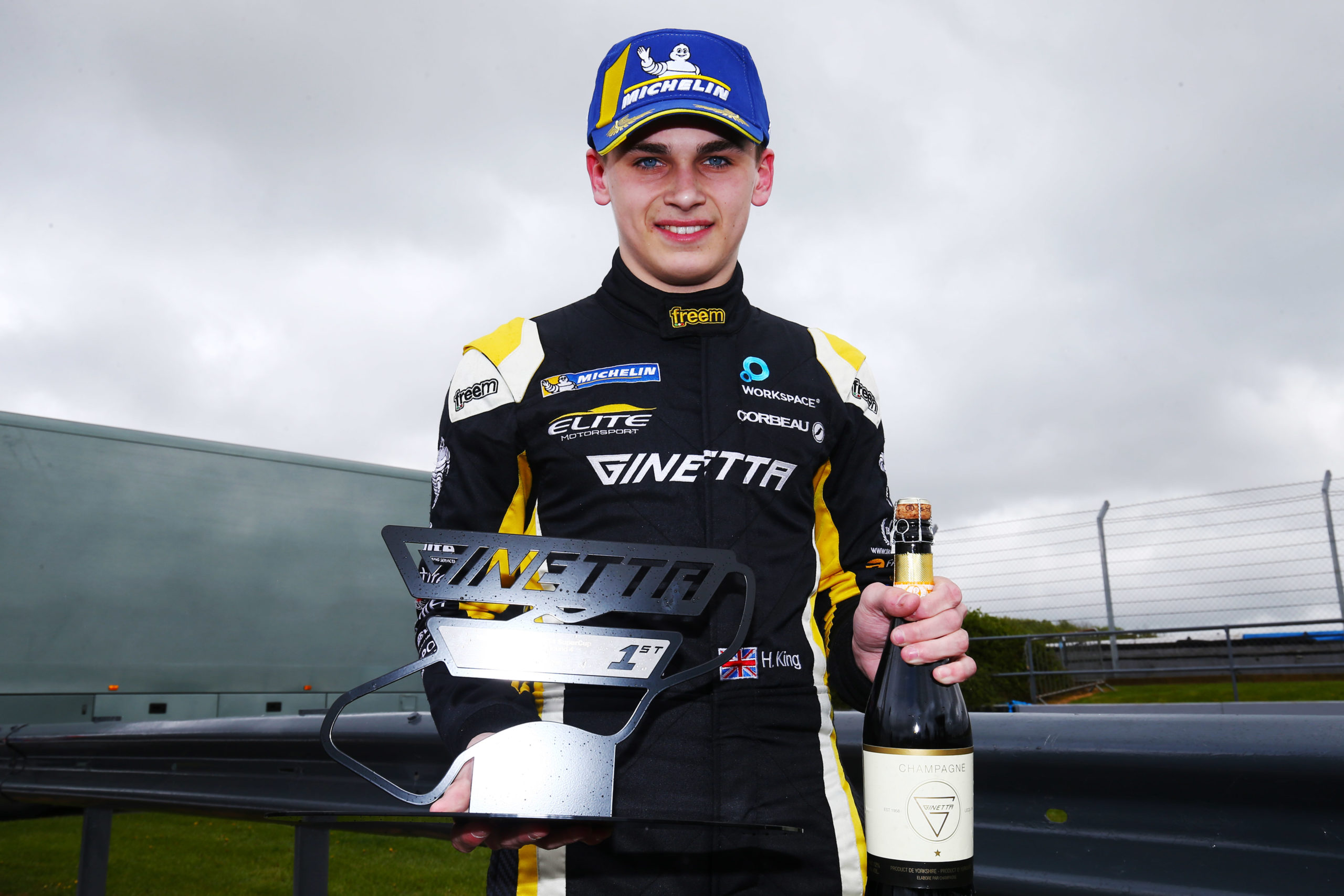 The talented teenager from Holyport headed into the weekend at the top of the championship standings after a solid season opener at Brands Hatch saw him take a race win and two further Pro class podiums.

Harry qualified third on the grid for the opening race of the weekend with a fastest lap set on his final tour of a session held in tricky damp conditions.

A fine start when the lights went out saw Harry vault into the lead on the opening lap before the race went behind the Safety Car to allow a number of stricken cars to be removed from the circuit.

Only a single racing lap was available before another caution period, but Harry was able to manage both restarts to perfection to ensure that he remained out front through the racing laps that were available to secure victory by more than 2.5secs.

Starting race two from pole position, Harry was well placed to add to his points tally but a driveshaft issue as he came round to complete the green flag lap and take up his place on the grid instead forced him into retirement before a lap had been run.

The fact he was unable to finish race two meant Harry started the third and final race from the back of the Pro class field in ninth place, but contact from the Am class car of Colin White saw Harry tipped into a spin at turn one.

Recovering down the order, Harry was working his way back through the pack and had posted the fastest lap when the race was red-flagged after a huge accident at the final corner that Harry was lucky to avoid getting caught up in.

Taking the restart from sixth place, Harry was soon fighting for a place on the podium and although he would briefly climb up to third spot, damaged steering – a legacy of being forced to take to the grass to avoid the earlier incident – meant he dropped back to fourth place at the finish.

Harry heads away from the weekend sitting second in the championship standings with a record of four overall podiums from the opening six races of the campaign.

“It’s been a real mixed bag of a weekend,” he said. “It was great to get the win in the opening race in conditions that were extremely difficult with the safety cars and the fact it was so cold on track. Keeping heat in the tyres was tough and I had to take a calculated risk to get ahead of Will [Burns] at the start. From there, it was a case of managing things at the front to get the victory.

“To not then be able to take the start of race two from pole was disappointing when it was an issue that was no fault of our own, and with others having faced similar problems, hopefully it is something that will be looked at.

“In the final race, I was lucky to avoid getting caught up in the incident that happened on track after the contact early on that dropped me back down the order. As I took to the grass in avoidance there was a wheel that went flying over the roof of my car! Unfortunately after the restart, it became clear there was an issue with the steering and I think we were lucky to get the finish and pick up some more solid points.

“We now have a bit of a break before heading for Croft and it will be interesting to see how the resurfacing work they have done over the winter affects things. I didn’t have the best weekend there last season and hopefully things will go better this time around.”