BMW Pirtek Racing’s Andrew Jordan endured an unfortunate weekend to forget as the Kwik Fit British Touring Car Championship headed to Donington Park for the second meeting of the year. 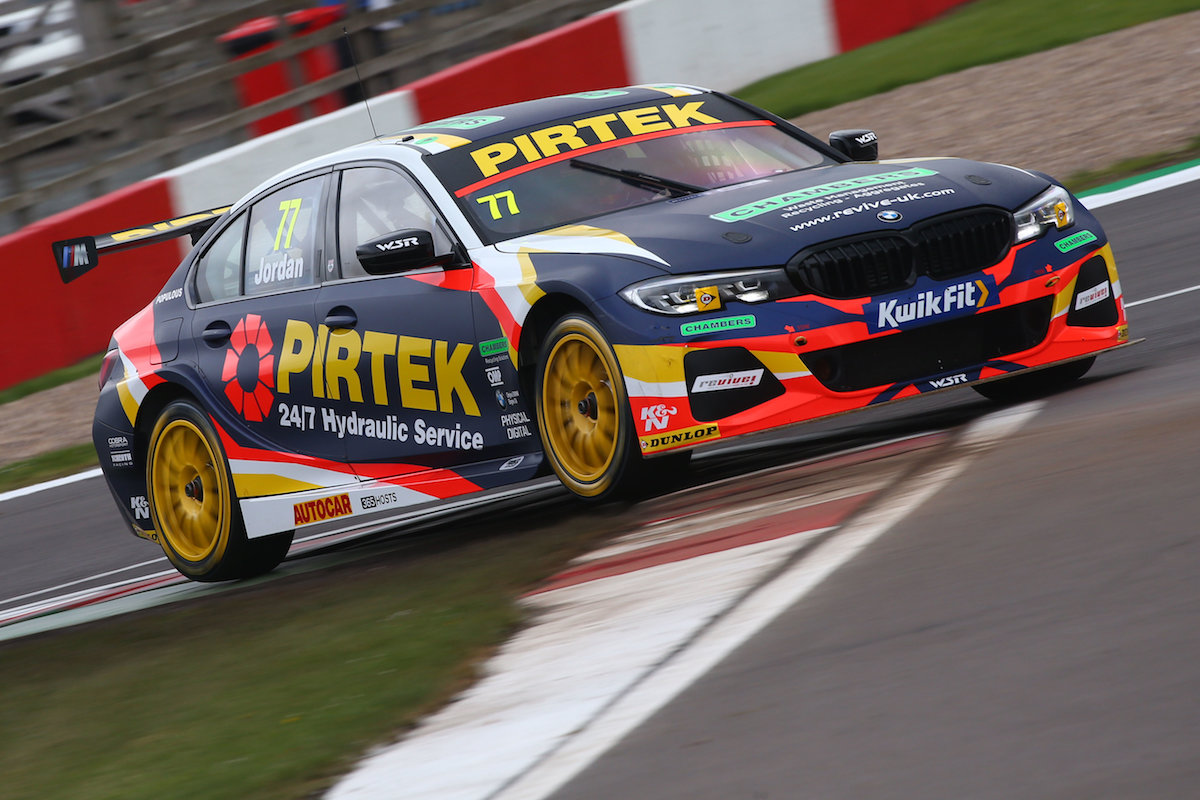 Andrew headed into the weekend on the back of a win at Brands Hatch in what was the first race meeting for the all-new BMW 330i M Sport that has been built by the West Surrey Racing team during the winter.

At his home circuit, Andrew’s weekend started well when he topped the times in a damp opening practice session, with the second session being spent preparing for Saturday afternoon’s all important qualifying.

Multiple red flags and ongoing changeable weather conditions would ultimately work against the 2013 champion, who qualified 16th on the grid for the opening race of the weekend.

Dry weather on race day left Andrew optimistic about fighting for three solid results but his race day would end early after the BMW Pirtek Racing car was involved in a heavy incident on the opening lap of race one.

A strong start had seen Andrew making up places but going into the Old Hairpin for the first time, contact from the Vauxhall of Rob Collard saw the BMW tipped into a spin – with resultant heavy contact on the drivers door from the following Mercedes of Adam Morgan putting Andrew out on the spot.

The damage to the car was too severe to be repaired at the circuit, whilst Andrew was taken to hospital for precautionary checks before being released later in the day.

“I had a cracking start, but when you’re in the midfield you can find yourself in amongst the idiots,” he said. “I gave Rob racing room, more than a car width, but he harpooned me in the rear and turned me around at the Old Hairpin. I was parked across the track and received a second really big hit in the door from Adam Morgan, although that wasn’t his fault.

“The safety cage has done everything it’s been designed to do, and full credit to WSR and BMW for building such a very strong car. It’s just a very unfortunate and frustrating incident, because we should have had a very strong day today. It’s cost us a lot of points and I’m pretty sore and feel beaten up. There is nothing broken, just bruising of the cartilage on my side, which they’ve said is sometimes more painful than a break.

“It’s a bit uncomfortable, but I plan to be back at Donington racing historics next week and we’ll restart our BTCC campaign at Thruxton.”