Dan Kirby was able to celebrate the first victory of his racing career after a strong performance on track in the second meeting of the Millers Oils Ginetta GT4 Supercup season at Donington Park. 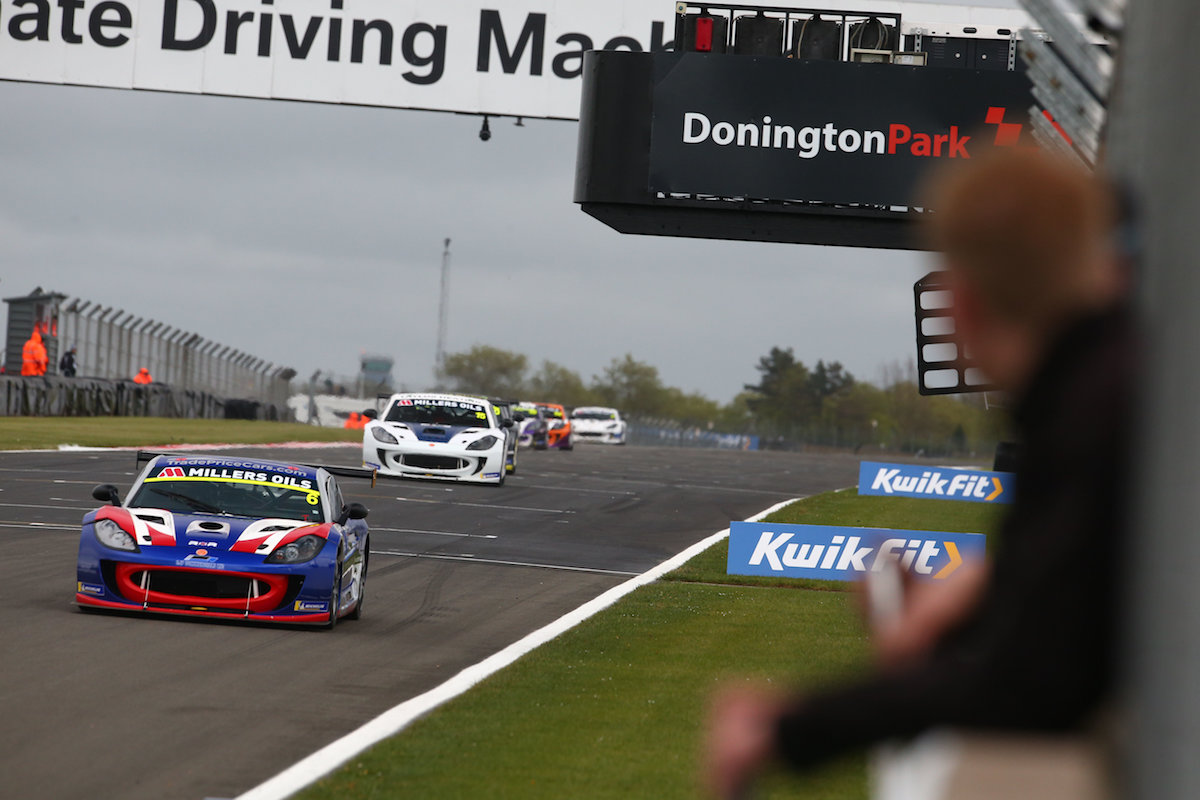 Dan – the managing director of award-winning motor dealership Trade Price Cars – headed into the weekend on the back of a solid start to the campaign at Brands Hatch earlier in the month, when he secured an Am class podium on his return to the series.

Pre-event testing in mixed weather conditions saw Dan mixing it with the Pro class drivers towards the sharp end of the field and an impressive performance in qualifying saw him set the seventh best time overall to head the Am class field.

With the Am class lining up behind the Pro drivers on the grid, Dan started the opening race from ninth overall but a solid start saw him move up to sixth overall as the lead Am class driver before the race went behind the Safety Car.

After a second caution period, Dan found himself embroiled in a three-way battle for class honours with Adrian Heathcote and Paul Taylor, and briefly slipped back to third at the start of the penultimate lap.

However, Dan was able to nip ahead of Taylor at McLeans as the trio negotiated a spinning Pro class car and then made a move on Heathcote into the final chicane to reclaim top spot and came through the final lap unscathed to secure the class win in an impressive fifth place overall.

Once again starting from ninth overall as the best placed Am driver for race two, Dan slipped back to second in class off the start but would climb into the top seven overall before a mid-race Safety Car period closed up the field.

Although he would slip back to tenth shortly after the restart, Dan would work his way back up seventh overall by the chequered flag, finishing just off the Am class podium in the process.

Race three would prove to be a chaotic affair that was red-flagged after a huge accident on the fifth lap, one that Dan was lucky to avoid getting caught up in after he was forced to take to the grass to avoid a stricken car ahead.

On the restart, he was well placed to pick up more solid points before going off at the final corner on the final lap, although he still comes away from Donington Park sitting sixth in the Am class standings as a result of his earlier performances.

“To get my first victory in racing is fantastic and I’m delighted with the way the weekend has gone,” he said. “From testing on Thursday in difficult conditions, we have showed really strong pace and to have mixed it with the Pro drivers in terms of laps times is a huge positive and I’m something I’m really happy about.

“The opening race was full of action and it was a big battle with Paul and Adrian for the win. Having dropped back to third, I had to go for it when the chance came and I feel I really earned the victory with the moves I made to get back to the front. To get my best overall result at the same time was the icing on the cake.

“In race two, the pace was good again but a few little mistakes ultimately cost me the chance to take another win and when I crossed the line I was a bit disappointed to be fourth Am, but when you then consider it was seventh overall, it was still a good result.

“It’s a shame that race three ended in the way it did, but that is how racing is sometimes and I’m still going away from Donington happy with the weekend as a whole.”