The Richardson Racing team battled back from a challenging start to the F4 British Championship certified by FIA – powered by Ford EcoBoost weekend at Donington Park to secure a third podium finish of the season. 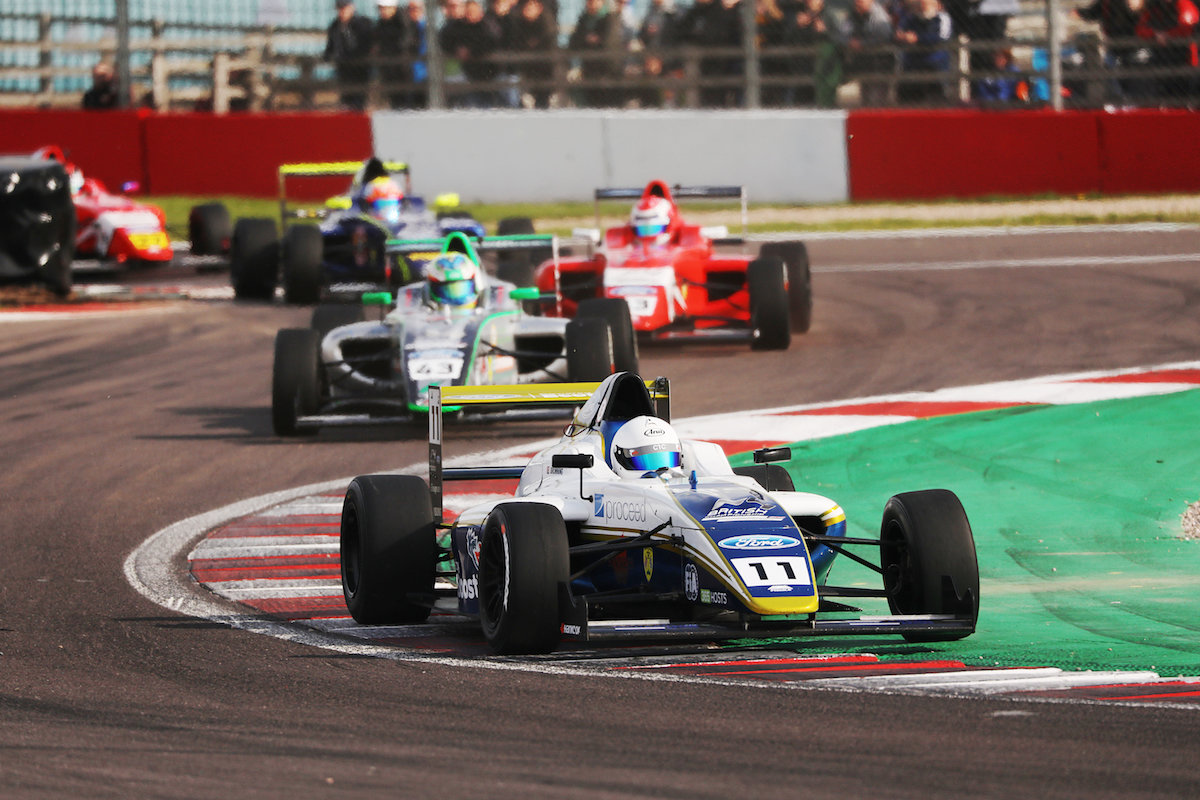 On the back of a winning performance in the season opener at Brands Hatch, Cheshire-based racer Luke Browning headed for Donington Park – a circuit where he had taken a double win in the Ginetta Junior Championship last season – in confident mood.

Qualifying saw the youngster post the fourth quickest time, leaving him well placed on the grid for the opening race of the weekend on Saturday afternoon.

Unfortunately for Luke however, his hopes of adding to his tally of silverware were ended in cruel fashion when a fuel problem prevented him from taking his place on the grid. Whilst the team was able to get him out on track before the finish to complete a single lap, he would be unclassified and unable to pick up any points as a result.

Starting race two from the back of the grid as a result, Luke avoided the stranded car of Josh Skelton when the lights went out and was working his way up the order when the race was red-flagged on the third lap after an incident for Roberto Faria going down the Craner Curves resulted in damage to the tyre wall.

The restart would see the race run over a shortened 15 minute period, with Luke battling hard with Skelton and Mariano Martinez throughout before taking the flag in ninth place.

Lining up from third on the grid for race three as a result of his second quickest time in qualifying, Luke found himself embroiled in a race-long multi-car battle on track for the lead.

In what was his most competitive showing of the weekend, it looked like Luke was going to fall just short of the podium when he was run wide whilst dicing for position in a move that allowed the top three to break away.

However, a number of storming laps saw Luke reel in the trio ahead and when Joe Turney went off the final lap, he pounced to secure third place having closed to within a second of the leader.

Luke ends the weekend third in the standings.

“It’s great to end a difficult weekend with a podium finish and a great reward for the team for the hard work they have put in,” he said. “The issues on Saturday really put us on the back foot and it made race two really tough starting from the back of the grid. I don’t think we could have got much more from that race than we did.

“Race three was really enjoyable and we showed we had strong pace to run at the front throughout. Even when I dropped away from the front three, I was confident that if I kept focused and pushed hard, I could close back in before the finish.

“Of course it would have been nice to take a win but I’m happy to be taking some silverware home and I hope we can add to that at Thruxton. I feel I’m improving in myself and I can head into the next round chasing some strong results.”