The Trade Price Cars Racing team will seek to maintain its strong start to the 2019 Kwik Fit British Touring Car Championship season when the series heads for Thruxton this weekend for the third meeting of the year. 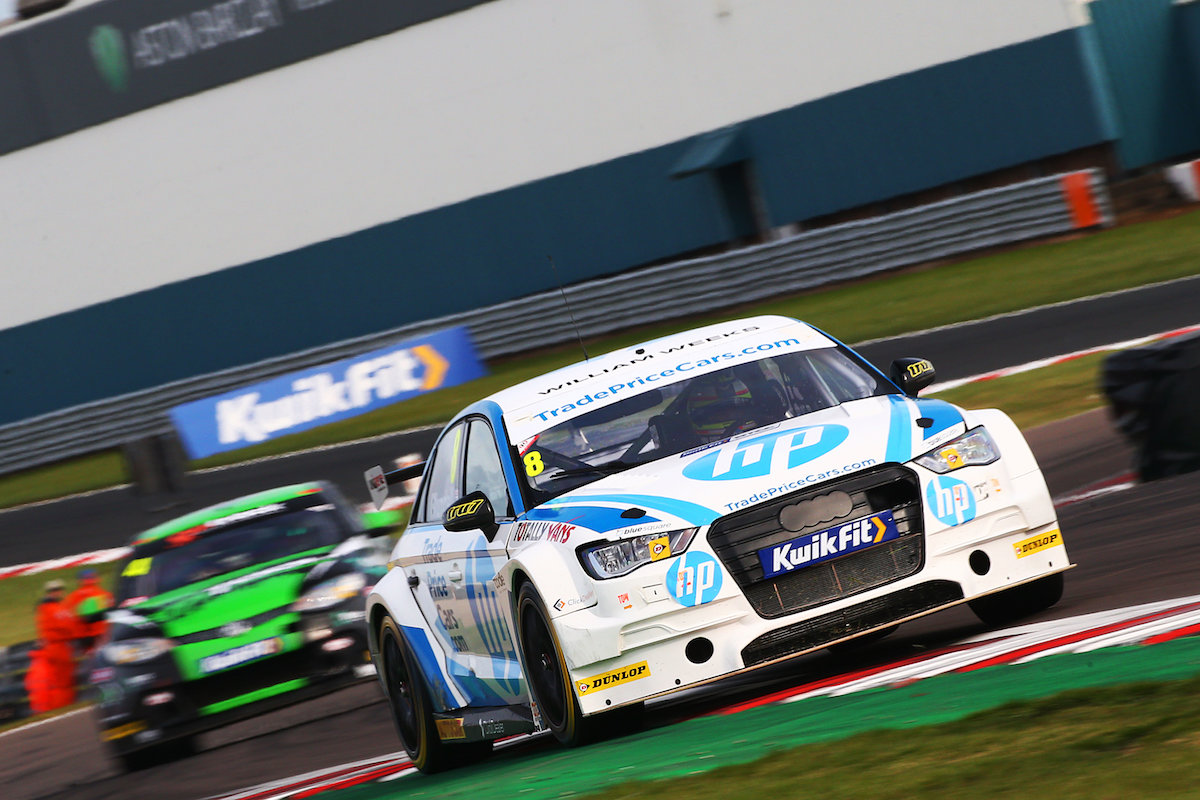 The team, run by the award-winning Essex-based motor dealership alongside technical partners AmD Tuning, has been right on the pace during the opening two meetings of the year and has secured an impressive four top ten finishes from the first six races of the campaign.

With five points scoring finishes in all, the team sits ninth in the Teams’ Championship and is fourth best of the Independent outfits.

Rising star Jake Hill has wasted little time in getting up to speed with the Audi and makes the trip to Thruxton sitting in an impressive eighth in the championship standings – putting him ahead of two of the former champions on the grid this season.

Following a podium finish in the season opener at Brands Hatch, Jake battled back from an unfortunate retirement in the first race of the weekend at Donington Park last time out to secure a brace of top ten finishes; showing the pace of the Audi as he fought his way forwards from the back of the grid.

Although a fan of the Thruxton circuit, Jake has endured mixed results in the past at the Hampshire venue, with a single top ten finish across the past three seasons in the series.

However, having been able to spend a day on track at the circuit during official testing last month, Jake heads into round three confident of challenging for more points to add to his tally.

Team-mate Mark Blundell meanwhile will be making his first race appearance at Thruxton since 1986 as the former F1 racer and Le Mans 24 Hours winner continues with his touring car education.

In what is his return to competitive racing after a six year break, Mark put points on the board in his very first race at the wheel of the Trade Price Cars Racing Audi at Brands Hatch, although an unfortunate retirement in race two at Donington Park hampered his chances of adding to that in the second meeting of the campaign.

Like Jake, Mark was able to test the Audi at the high-speed Hampshire circuit last month and goes into the weekend with his aim being to try and push forwards into the points scoring positions.

Mark Blundell, #8 Trade Price Cars Racing Audi S3, said:
“I’ve said all along that joining the BTCC was going to be a massive challenge and it’s probably been the biggest of my career as it’s so different to anything I’ve done before. Every time I’ve taken to the track, I’ve been learning a huge amount and with two rounds now under my belt, I want to try and start pushing forwards up the grid.

“Although Donington Park was a tough weekend for me in terms of the results, we made some good progress with getting the car more suited to my driving style and hopefully we can benefit from that when we get to Thruxton.

“It’s one of the most challenging circuits on the calendar and one where I haven’t raced for more than 30 years, so I’m excited about returning this weekend. It’s important that I keep my expectations in check, but I’m hoping to be able to challenge for some points to add to my tally.”

Jake Hill, #24 Trade Price Cars Racing Audi S3, said:
“I’m really looking forward to Thruxton and the fact we are eighth in the standings means the focus is still on trying to score as many points as possible to maintain our early season form.

“It’s a circuit that I love as it is such a challenge for drivers, but for some reason the circuit doesn’t seem to like me – and hopefully that is something we can put right this weekend.

“The key will be managing the hard tyre across a race distance and I’m sure that every other team will be approaching the weekend the same way. Working alongside the Hondas on the other side of the AmD garage means we have plenty of data to work with and gives us our best chance of success, and I’m confident that the Trade Price Cars Racing Audi will be on the money from the word go.”