The Cobra Sport AmD with AutoAid/RCIB Insurance Racing team will seek to maintain its early challenge for silverware when the Kwik Fit British Touring Car Championship heads for Thruxton for the third round of the year. 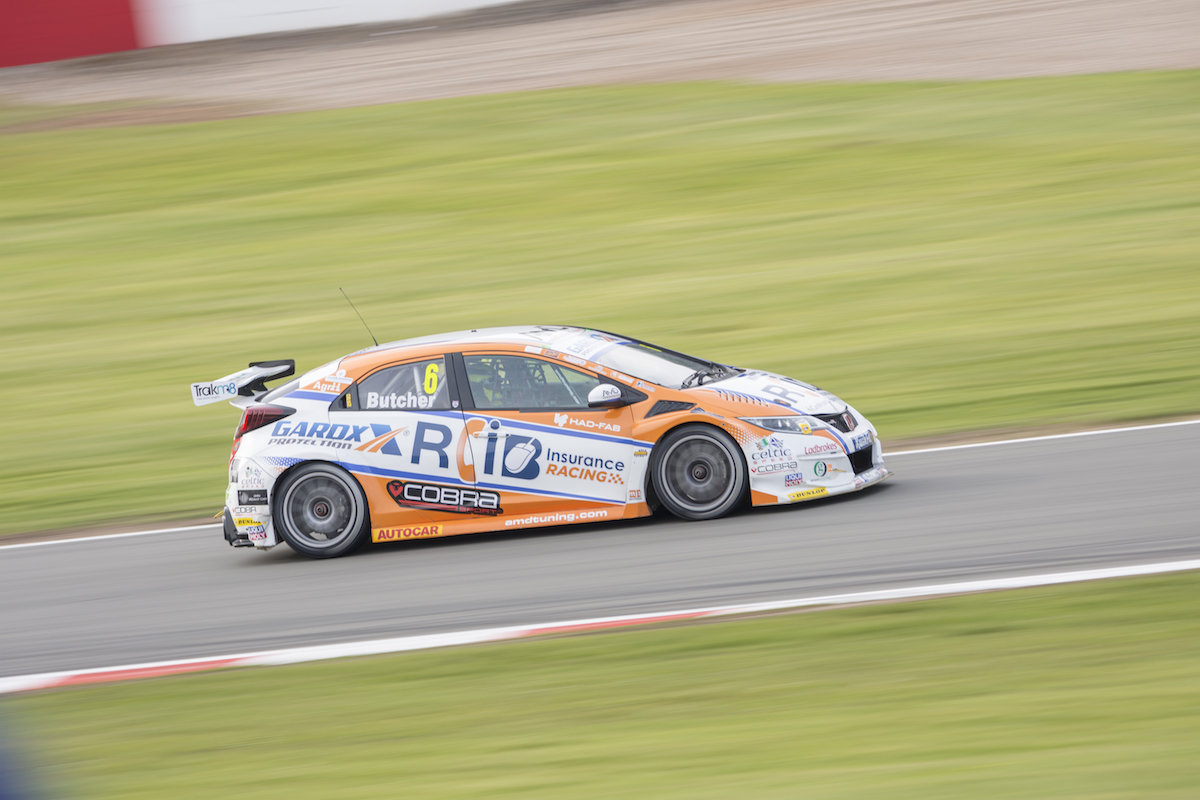 The West Thurrock-based team has enjoyed a strong start to its first season running a pair of Honda Civic Type Rs, with a race win at Brands Hatch and top ten finishes in five of the six races run to date.

Those top ten finishes have all been scored by Fife racer Rory Butcher, who heads to the fastest circuit on the calendar as one of the drivers firmly in contention for championship honours.

The Scot sits fifth in the early season standings but it just six points away from the championship lead, whilst he also sits just a point away from the Independents’ points lead and is top of the Jack Sears Trophy for those drivers who started 2019 without a podium finish to their name.

Rory enjoyed a strong test at Thruxton last month, setting the third fastest time across two hour long sessions, and will now hope for another strong haul of points to maintain his strong position in the standings.

Team-mate Sam Tordoff put his first points of the year on the board at Donington Park, but the Leeds racer was once again left to wonder what might have been after a number of unfortunate incidents on track hampered his chances of fighting inside the top six.

Sam has a solid record at Thruxton in the past and has finished inside the top ten an impressive 13 times in 15 starts – including a podium finish back in 2015.

Like Rory, Sam enjoyed a solid test at the circuit last month and goes into the weekend with his focus firmly on getting his own championship challenge back on track – with a big haul of points being the target.

Rory Butcher, #6 Cobra Sport AmD with AutoAid/RCIB Insurance Racing Honda Civic Type R, said:
“I’m certainly feeling in a good place heading to Thruxton with the way the season has gone so far. We’ve been quick at both Brands Hatch and Donington, and showed strong pace when we tested at Thruxton last month, which leaves me feeling optimistic about our chances.

“Whilst it’s great to be where we are in the standings, there is still a long way to go in the season and we’ve seen that the new BMW in particular is going to be a tough car to beat with the pace it has shown so far. What we have to do is to focus on doing the best job that we can, and keep the same mindset that has served us well in the opening rounds.

“The key is to try and make sure we are around the top six in all three races to keep the points ticking over and it would be good if we could keep our record of scoring at least 30 points from the weekend. I’m confident we have a package that will allow us to achieve that goal.”

Sam Tordoff, #600 Cobra Sport AmD with AutoAid/RCIB Insurance Racing Honda Civic Type R, said:
“There is no doubt that it’s been a frustrating start to the season for me as we have a quick car but I just haven’t been able to secure the kind of results we should be getting. I said ahead of Donington that that was where my season would start and unfortunately it didn’t, so it’s vital that this weekend I get some strong results and put some big points on the board.

“As far as I’m concerned, Thruxton is make or break when it comes to fighting for the title as we can’t afford to lose more ground. We know that the Honda will be a strong package and I’ll also benefit from the fact that I’m not carrying any ballast – unlike a number of the other quick cars.

“We had a good test last month and we’re all putting in the hard work. Hopefully the results this weekend will reflect that.”

Shaun Hollamby, Cobra Sport AmD with AutoAid/RCIB Insurance Racing team principal, said:
“We head for Thruxton this weekend confident of another strong showing given the pace we have seen in the first two rounds, and in the test last month.

“Rory’s results so far have been hugely impressive and hopefully he can produce a similar performance to maintain his position in the championship. It’s no surprise to us to see him right at the sharp end of field, and long may it continue.

“For Sam, a strong weekend is vital this weekend after what has been a tough start to the year but that has been down to bad luck more than anything. There is no doubt he is one of the quickest drivers on the grid and hopefully he can pick up the results to show that.”