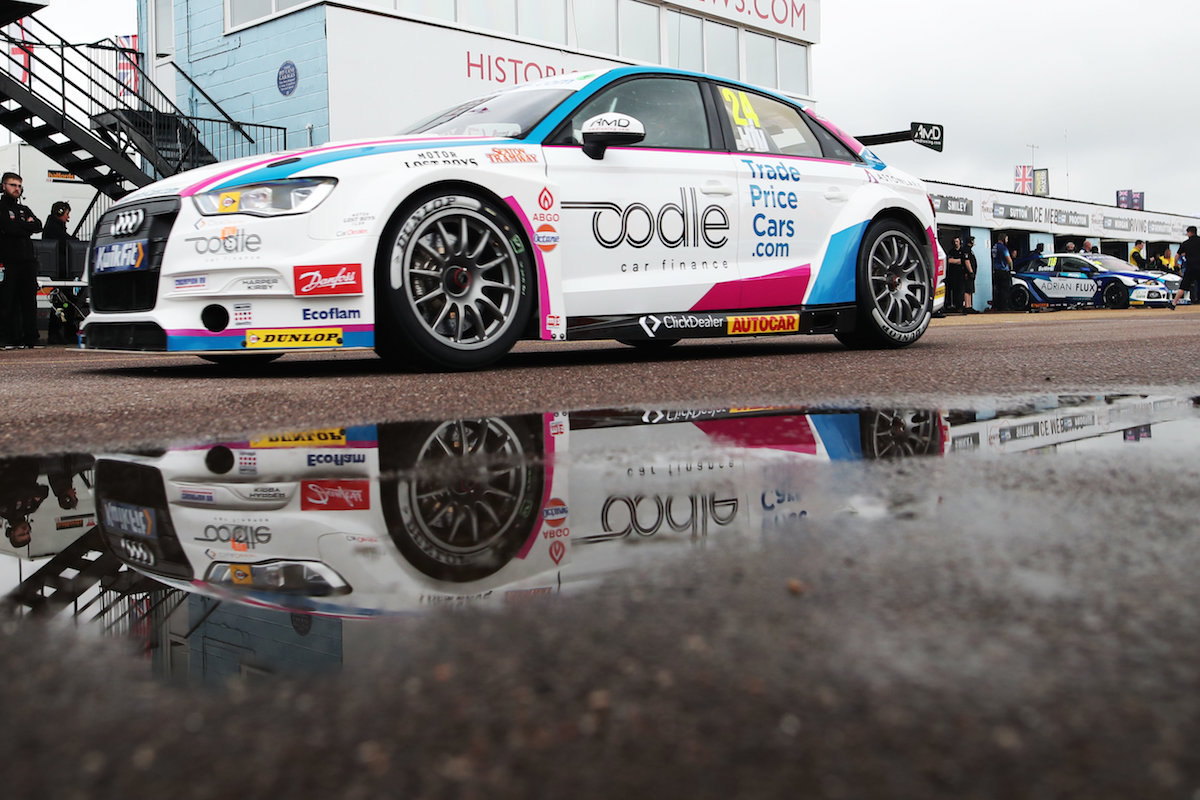 The team, run by the award-winning Essex-based motor dealership alongside technical partners AmD Tuning, headed for the high-speed Hampshire circuit in confident mood on the back of a strong start to its first season in the series.

Rising star Jake Hill showed strong pace through free practice before qualifying in 14th place for the first race of the weekend at the wheel of his Audi S3.

Working his way forwards in the opening laps when the lights went out, Jake was sitting in eleventh place when the BMW of Tom OIiphant was handed a drive through penalty.

That promoted Jake into the top ten, and a position he would hold through to the finish for his fifth top ten finish of the campaign.

Slightly bogging down at the start of race two, Jake dropped back to eleventh spot on the opening lap and would spend the entire race running just outside the top ten, eventually crossing the line in twelfth place and just missing out on the reverse grid pole for race three.

The final race of the weekend would see Jake embroiled in the heat of the action in the midfield, although he lost places on the opening lap having been forced to take to the grass to avoid a spinning car ahead.

Fighting his way back up to 13th place, Jake was once again forced to take avoiding action after another incident ahead and was then run wide to allow a train of cars behind to sneak through, meaning he crossed the line in 17th spot.

Jake heads away from Thruxton just three points outside the top ten in the championship standings and is fourth in the Independents’ Trophy.

Former Le Mans 24 Hours winner Mark Blundell endured a tough start to the weekend in the sister Audi when power steering failure in qualifying and a clash with the Ford Focus of Tom Chilton left him at the back of the grid having been unable to post a representative lap-time.

It left Mark on the back foot going into race one, but he stayed out of trouble on his first race at the Hampshire venue for more than 30 years to bring his HP-backed Audi to the finish in 27th.

Unfortunately for Mark, race two would end in disappointing fashion when he was forced to bring his car into the pits to retire thanks to damage sustained through contact whilst embroiled in a multi-car battle for position.

Left on the final row of the grid for race three, Mark was able to avoid an incident ahead at the complex on the opening lap and moved up into 25th spot. However, he would ultimately be forced to retire for a second time with splitter damage that was a legacy of the incident in the earlier race.

The pair will return to action at Croft on the weekend of 15-16 June.

Mark Blundell, #8 Trade Price Cars Racing Audi S3, said:
“The car is leaving Thruxton with a few wounds this weekend and it feels like I am doing so too! We are giving it our all to get to grips with all the unique challenges that the BTCC provides, but we could just do with a little luck falling our way too.

“The power steering issue on Saturday put us on the back foot and we’ve never really recovered, unfortunately. To then close out the weekend with two DNF’s that were both out of my control sums up just how this weekend has gone really.

“It is not for a lack of effort on anyone’s side but we have a little bit of time now to go away, reflect and come back stronger at Croft. I have a huge amount of respect for everything this Championship represents and myself and the whole team are determined to get us moving in the right direction like we know we can.”

Jake Hill, #24 Trade Price Cars Racing Audi S3, said:
“The first two races were okay but we struggled a bit this weekend and couldn’t quite latch onto the next batch of cars in front. However we have come away from Thruxton with a car that isn’t damaged and have picked up three finishes in a weekend for the first time this season.

“Given how action-packed the final race was in that midfield pack, it could have been very different, so it was nice to be able to bring the car to the finish even if we missed out on picking up some more points.

“Hopefully when we come back to Thruxton later in the year we’ll be able to make use of everything we have learned this weekend to try and push further up the grid towards that next group.”