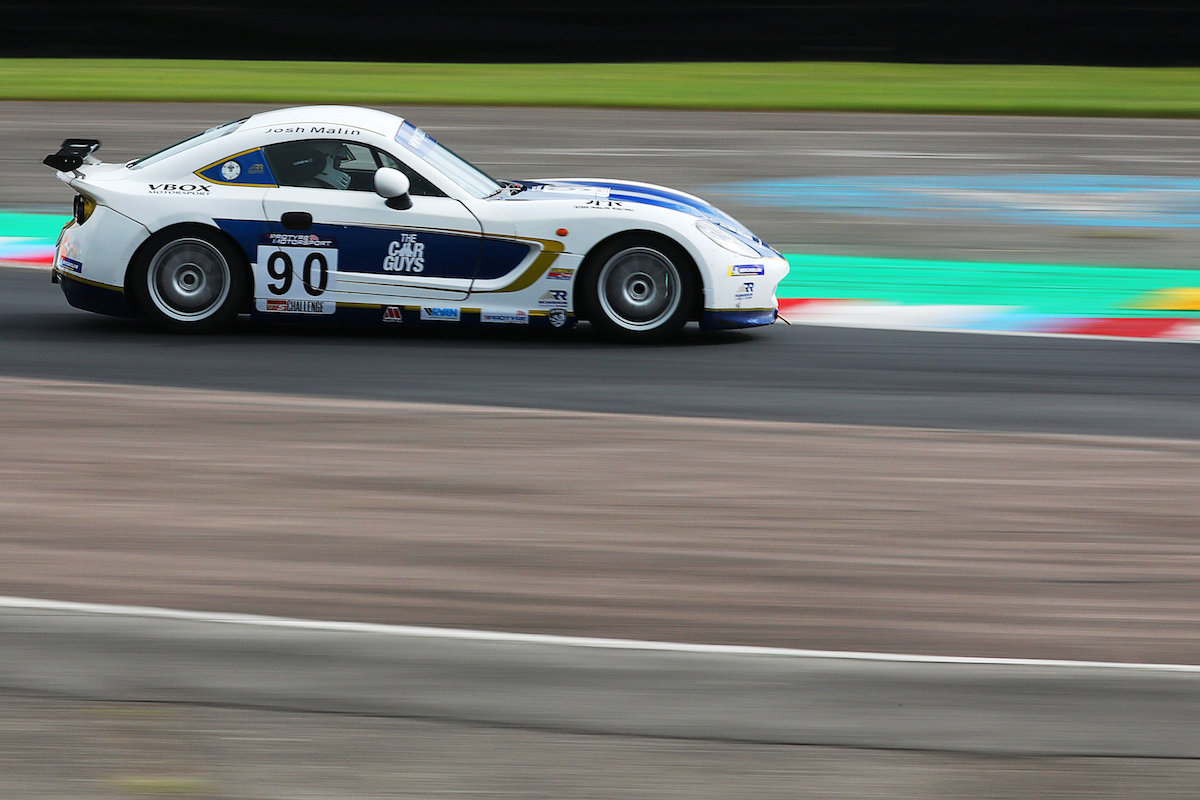 The Corby-based team headed for the fastest circuit on the calendar with a streamlined single-car entry for Dorset teenager Josh Malin.

Having shown strong pace to secure a top five finish on his series debut at Oulton Park, Josh made the trip to Thruxton in confident mood having also enjoyed a solid test at the Hampshire circuit the previous month.

A hard fought qualifying session saw Josh post a best time just three tenths of a second away from pole, leaving him on the third row of the grid for the opening race on Saturday afternoon.

The 14 lap encounter would prove to be an action-packed affair and although he slipped back to seventh on the opening lap, Josh was soon making full use of the slipstream effect to work his forwards.

Embroiled in a six-car battle for the lead of the race, Josh found himself constantly changing position and jumped up from fifth into second on the ninth lap.

Slipping back down to the same place a lap later when he was run wide as the pack jostled for position, Josh remained part of the fight for victory right through to the finish, crossing the line in fifth place just a second behind the winner.

Lining up third on the grid for the second race of the weekend, Josh jumped up to second place when the lights went out before going round the outside of polesitter Katie Milner going into the complex to secure the lead.

A slight error through Church saw Josh run across the grass as the teenager looked to build a lead out front, but a spin going into Campbell at the start of lap two then dropped him down to 20th place.

Despite his chances of a maiden victory having gone, Josh set about fighting his way back up the order and at times was able to lap as quick as the leaders despite running in traffic, eventually crossing the line in 14th place.

“At the end of race two I felt so disappointed but in hindsight, I’m pleased with the way the weekend has gone,” he said. “The opening race was totally epic and to be embroiled in the fight for the lead throughout was fantastic. I made some really good moves over the course of the race and to get a top five finish was something I was pleased with.

“Race two was also really good for a lap and a bit! I made a really good start and to lead for the first time in the series was a special feeling, even if it didn’t quite go to plan. I didn’t quite have enough heat in the rear tyres, which led to the moment on the grass and then the spin that ultimately cost me any chance of a top result.

“I’ve been able to learn a huge amount this weekend and have really enjoyed the experience of racing on the TOCA package. Hopefully I can build on this next time out at Silverstone.”