The Richardson Racing team enjoyed its best weekend to date in the 2019 Protyre Motorsport Ginetta GT5 Challenge to secure a first podium finish of the season at Silverstone. 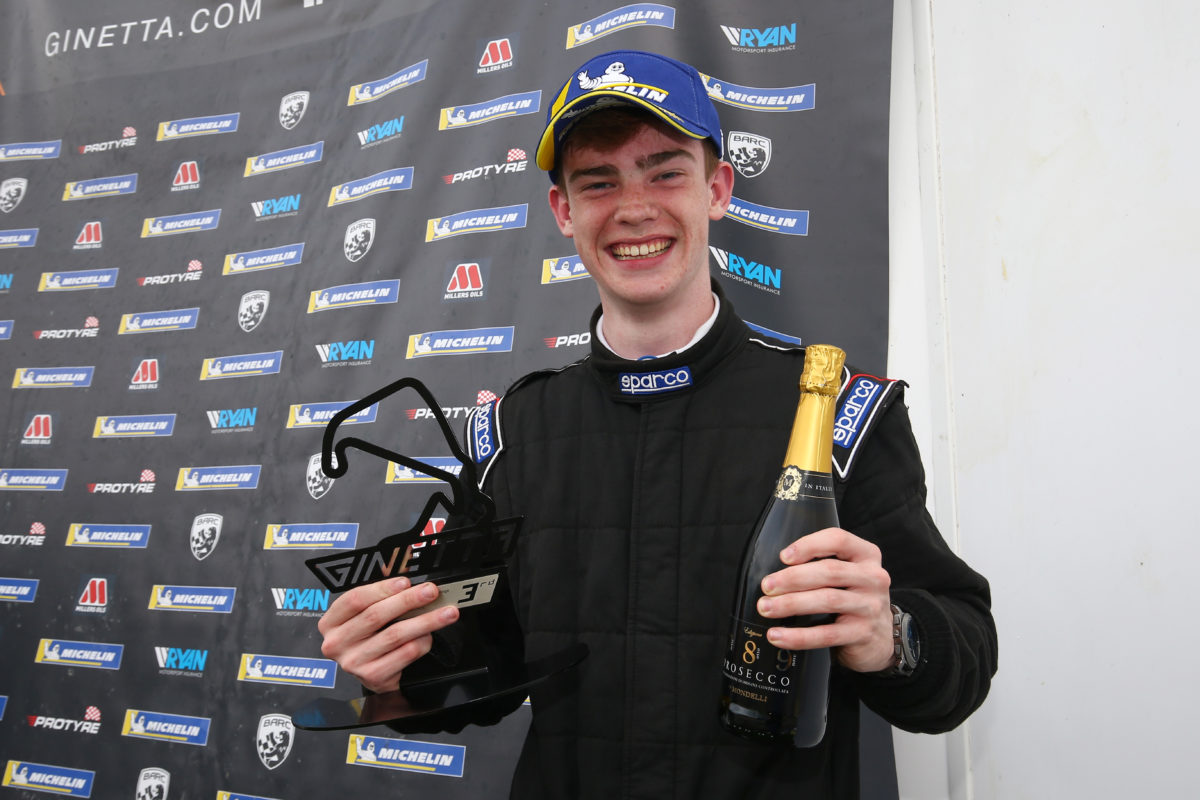 The Corby-based team made the short trip the Home of British Motorsport looking to build on an encouraging performance on track at Thruxton, where Dorset teenager Josh Malin secured a strong fifth place finish in race one and then led for the first time in the series in race two.

Wet conditions on Saturday morning provided a extra challenge for Josh in qualifying, but he was able to stay out of trouble to post the fifth quickest time amongst the 32 car field, putting him in a solid position on the grid for the opening race of the weekend.

With the weather improving ahead of the start, Josh was hopeful of repeating the front-running pace he had displayed at Thruxton and was soon making his way forwards from his starting slot, battling his way into second place by the end of the second lap around the full Grand Prix circuit.

Although he would slip behind Adam Smalley on lap four, Josh was able to keep the pressure on the reigning Ginetta Junior champion throughout the remainder of the race to secure a well-earned third place – and his maiden podium in the series.

Lining up fifth on the grid once again for race two, Josh would fight hard inside the top six throughout and found himself embroiled in a multi-car battle for second and third places behind runaway leader Scott McKenna.

Lapping noticeably quicker than he had done in Saturday’s race, Josh would cross the line in sixth place on the road, although time penalties for both Ruben Del Sarte and Tom Golding for exceeding track limits promoted Josh up to fourth place.

“To come away from my third meeting in the series with a podium finish is fantastic, and something I’m really pleased about,” he said. “Conditions in qualifying were tricky with the weather and I think there was more on the table from me; I just didn’t quite get the lap together.

“In the first race though, I was able to get up to the front pretty quickly and there was just one small mistake that allowed Adam to get ahead into second. We had a good fight from there to finish, and it was a special feeling to take my first podium as I had to work for it.

“It also a really good fight in the pack in the second race and I feel I drove well in what was a pretty frantic battle on track. I can take a lot of confidence from the results I’ve picked up, and have something to try and build on next time out.

“I didn’t expect to be fighting for the podium places at this stage of the season and I know there is more to come from me as I spend more time in the car. I’ve got to say thank you to the team, to driver coach Mike Epps and also to my sponsors The Car Guys and hopefully we can soon be celebrating some more silverware together!”

The next rounds of the Ginetta GT5 season, a triple header at Donington Park, will take place on the weekend of 22/23 June.