The Trade Price Cars Racing team will hope to add to its tally of top ten finishes when the Kwik Fit British Touring Car Championship heads for Croft this weekend for the fourth round of the season. 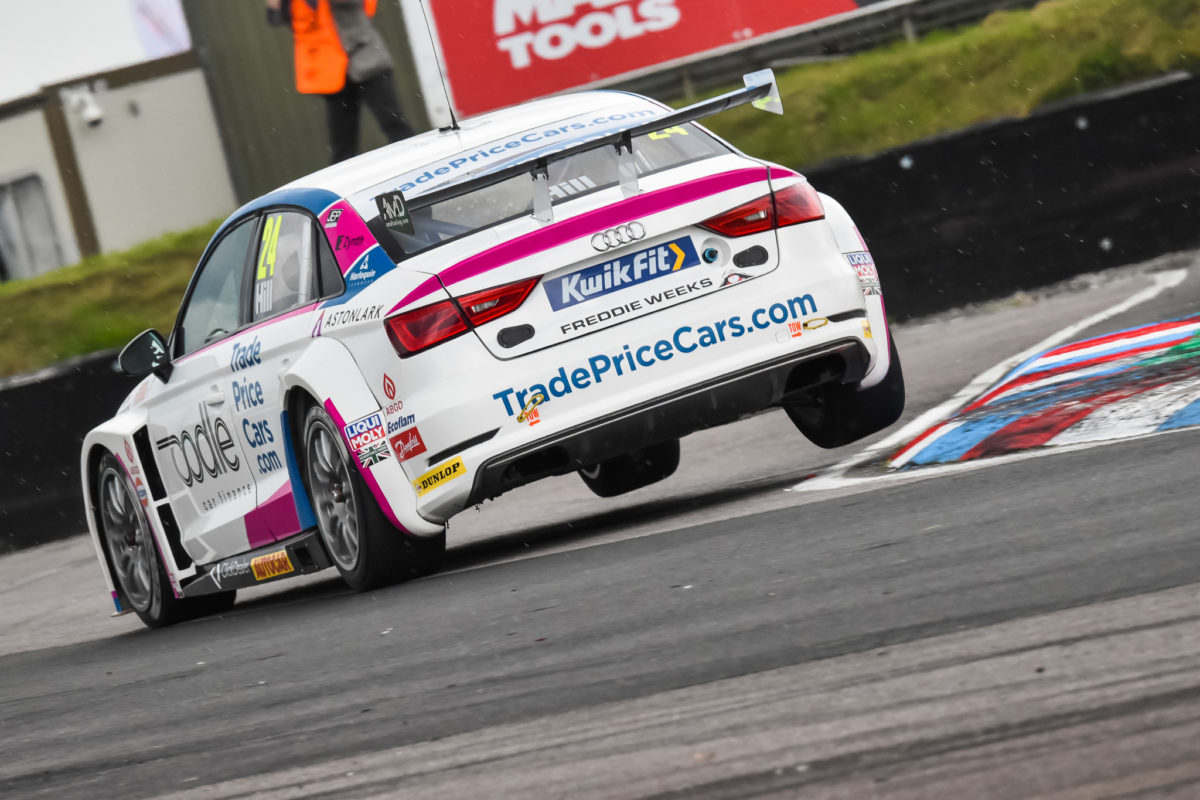 The team, run by the award-winning Essex-based motor dealership alongside technical partners AmD Tuning, secured its fifth top ten of the season last time out at Thruxton to remain inside the top ten in the overall Teams’ Championship – and an impressive third in the Independents standings.

Rising star Jake Hill made it six points finishes from the first nine races of the season at Thruxton and is well on course to beat his previous best score of 83 points in a season – with 57 already on the board and two thirds of the campaign still to run.

Croft is a circuit that has fond memories for Jake having been the scene of his first ever victory back in 2009, when he took top honours in the second Ginetta Junior Championship race of the weekend.

It’s also the circuit where the 25-year-old made his touring car debut back in 2013, when he was called up by the Motorbase team for a one-off outing in a Ford Focus.

With the Audi S3 now campaigned by the team having picked up a number of solid results at the North Yorkshire circuit in the past, Jake goes into the weekend in confident mood, with resurfacing work carried out over the winter expected to close the gap to the rear-wheel drive cars that have dominated in recent seasons.

Team-mate Mark Blundell goes into the weekend hoping for an upturn in fortune after a tough weekend at Thruxton last time out, where his HP-backed Audi found itself firmly in the wars on race day.

Despite his long and successful career on the track, the former Le Mans 24 Hours winner will be making his first appearance at the former airfield circuit, with his focus being on trying to return to the kind of form that saw him bring home on a points finish on his debut in the series at Brands Hatch back in April.

Like Jake, Mark will hope to benefit from the resurfacing work that has been carried out over the winter, which should provide more of a level playing field against his more experienced rivals who will be sampling the new-look surface – which is expected to be noticeably quicker – for the first time.

Mark Blundell, #8 Trade Price Cars Racing Audi S3, said:
“After a strong start to the season at Brands Hatch, things were a bit more difficult for me at Donington Park and Thruxton, but that is all part and parcel of touring cars and you have to take the rough with the smooth.

“Luck certainly hasn’t been on my side in the last two rounds and circumstances outside our control hurt us on race day at Thruxton, but hopefully things will be different when we get to Croft.

“It’s hard to believe that this will be the first time I’ve raced at Croft in my career and I’m looking forward to it. The fact that the circuit has undergone so much work over the winter means that everyone will be facing track conditions they haven’t faced before, and that is something that will hopefully work in our favour.

“There is a huge amount of work going on behind the scenes that people watching on aren’t aware of, and it is all geared towards helping us move in the right direction up the grid. It would be great if we could start to see the results of that work – and the immense effort that everyone is putting into this programme – with some solid results on track this weekend.”

Jake Hill, #24 Trade Price Cars Racing Audi S3, said:
“Croft is one of my favourite circuits and is the place where I took my first ever win in Ginetta Juniors back in 2009. I’m going back there this weekend hoping to create some more good memories, and am looking forward to what is to come.

“Although Croft is known for being a rear-wheel drive circuit, it’s also one where the Audi has gone well in the past and I remember Ollie [Jackson] running well in the top ten and leading a race a few years back.

“Hopefully the resurfacing work that has been carried out over the winter will help front-wheel drive cars like ours and prevent the BMW and the Subaru from running away with it like that have in recent years.

“It’s going to be interesting to see how the track evolves, and I think one of the most important things will be how everyone deals with any changes to the circuit conditions as the weekend goes on.

“After a more difficult weekend at Thruxton last time out, I’m aiming to try and return to the kind of form we showed in the opening two rounds and the aim is certainly to bring home some top ten finishes.”