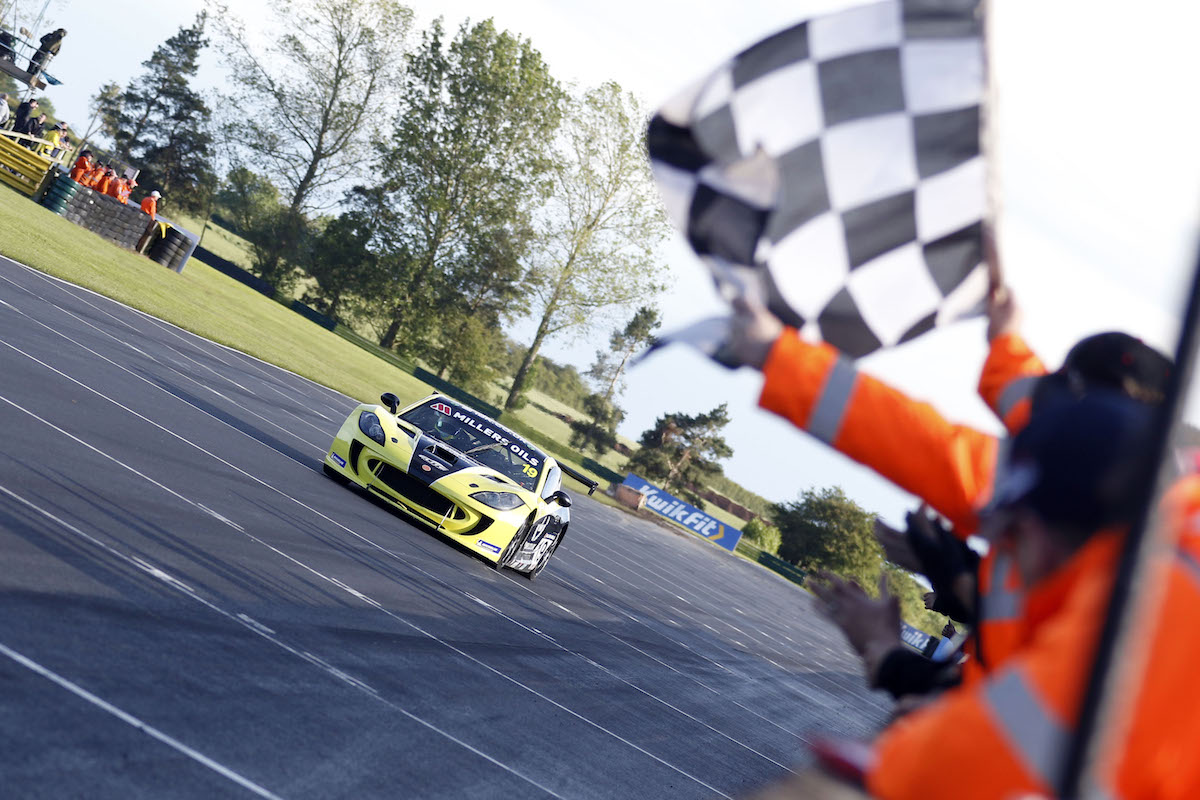 The Holyport racer headed into the weekend with his eyes firmly on the championship lead after a mixed outing at Donington Park where he secured a fine race win, but also suffered the disappointment of a DNF after a mechanical issue that forced him out of one of the three races.

Harry qualified second on the grid for the opening race of the weekend behind Tom Hibbert, but ahead of title rival Reece Somerfield – now running alongside him in the Elite Motorsport line-up.

Wet conditions ahead of race one provided the drivers with a fresh challenge when the lights went out, with Harry making the ideal start to jump ahead into the lead – only for a red flag to bring the race to a halt due to an incident further back down the order.

On the restart, Harry once again jumped into the lead when the race got underway and produced one of the most dominant drives of the campaign to romp to victory.

Despite the race only running to five laps, Harry secured victory by more than 13 seconds – setting a best lap time more than two seconds quicker than anyone else.

Race two saw Harry lining up on pole position and he once again led the field into turn one for the first time before starting to build an advantage at the front.

Unfortunately, a time penalty for being slightly out of position at the start would see Harry drop down the running, order despite leading the race on the road right through to the chequered flag, with the end classification showing him in fourth spot.

With Croft being a triple header event, Harry went into the final race of the weekend keen to end the trip north on a high from third on the grid.

Jumping up to second on the run to turn one, Harry then moved into the lead going into Tower and was never headed as he secured his second race win of the weekend; a weekend where he led every lap on the road and smashed the series lap record.

With four wins from the opening nine races of the campaign, Harry now leads the championship standings going to Oulton Park later this month for round four.

“Overall it’s been a good weekend, and whilst it’s a shame that we didn’t get the win in race two, I can leave here knowing that we were the dominant team on track,” he said.

“Race one was a surprise as even though I knew we’d be quick, I didn’t expect to be quite as quick as we were. To be so much faster than anyone else and build that kind of lead in five laps was really good.

“We were quickest on track again in race two and it’s a shame that we got the penalty as I feel we deserved that victory as well. We made amends in race three in tricky conditions on track and to now have the championship lead is great.

“We’ve really shown what we can do this weekend and hopefully we can build on it when we get to Oulton Park next time out.”