The BTC Racing team maintained its impressive form in the Kwik Fit British Touring Car Championship with two podium finishes from the latest rounds of the season at Croft. 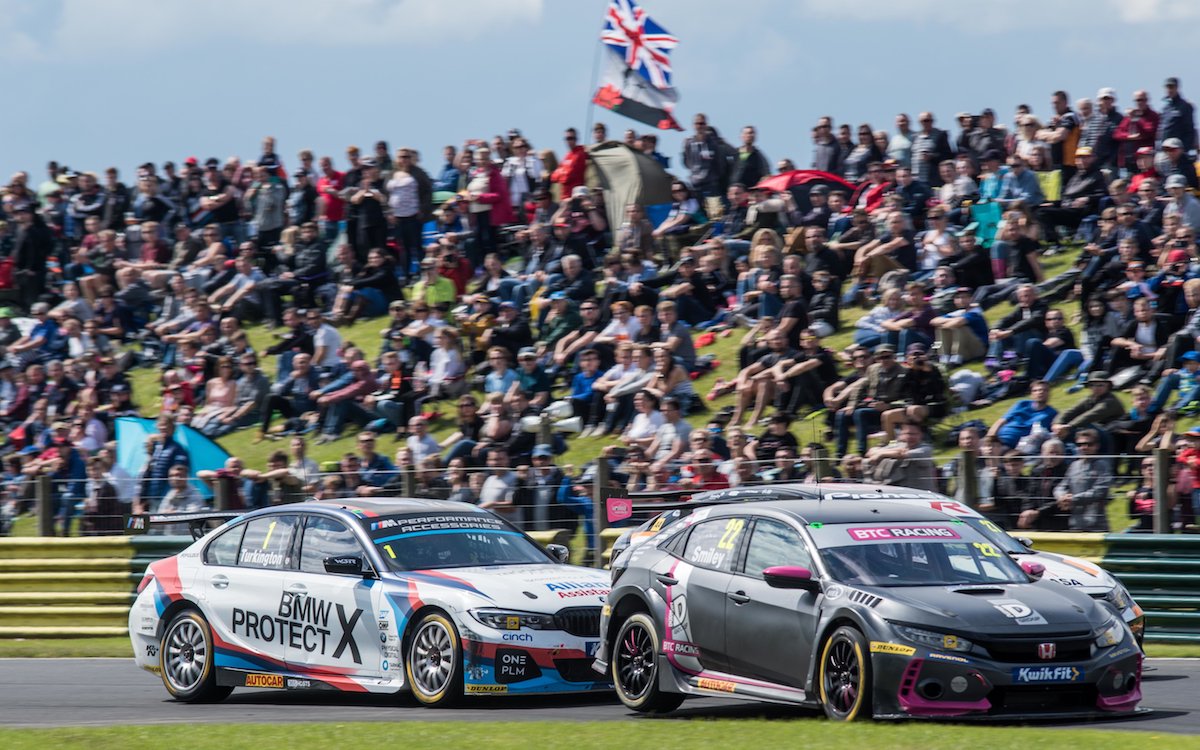 The Brackley-based outfit made the trip to North Yorkshire on the back of a strong weekend at Thruxton in round three, where Josh Cook snared his second victory of the campaign.

Having endured mixed fortunes in the opening rounds of the year, it was Northern Irishman Chris Smiley who headed the team’s challenge in qualifying as he put his Honda Civic Type R on the front row of the grid, with Josh lining up in twelfth after a difficult Saturday.

The opening race of the weekend on Sunday morning saw Chris fight hard to secure his first podium with the new FK8 Honda, maintaining his second place from lights-to-flag behind the rapid BMW of Andrew Jordan. As well as finishing second overall, Chris secured top honours in the Independents Trophy for the second time this season.

Josh meanwhile was able to battle his way forwards into the top ten, emerging on top of a fight with Matt Neal and Tom Ingram to snare ninth spot.

With extra ballast on his car in race two, Chris faced more of a challenge to fight at the front but drove well in the early stages to fend off quicker and lighter cars behind.

Having slipped back to fifth, a strong points haul was in the offing until the final lap when contact from Ash Sutton’s Subaru going through the Complex saw him spin off onto the grass; dropping down to 27th spot by the time he was able to rejoin.

Despite struggling for speed through the fastest part of the lap, Josh went one better than his result in race one to secure eighth place, which put him on the front row of the grid for race three thanks to the reverse grid draw. Josh also took the Independents’ Trophy victory for the fourth time this season.

Rain ahead of that final race meant a decision had to be taken on tyres, with Josh sticking with wet tyres alongside the majority of the front-runners.

Although still down on speed in sector two, he was able to keep leader Tom Chilton honest throughout and saw off the challenge of Jason Plato behind for his fourth podium of the season – ensuring he leaves Croft second in the standings and at the head of the Independents Trophy.

From his position at the back of the grid, Chris elected to gamble on dry tyres but the circuit failed to dry as quickly as he hoped, meaning he ended the race outside the points scoring positions. Chris now sits 15th in the championship standings and ninth in the Independents Trophy.

Josh Cook (Bath) – #66 BTC Racing Honda Civic Type R, said:
“We lost time to a few issues in practice and then in qualifying it was really messy with traffic and red flags. I know others can say the same, but nothing was straightforward for us.

“We knew we had to play the long game after qualifying, and race one was tough because of the weight we had to carry and the mud that was being splattered everywhere.

“In race two and three we had to deal with a bit of an engine issue that was affecting us in sector two and the run out of Tower, and considering all that, it’s good to come away from the weekend with a podium finish.

“It means we maintain our record our scoring a top three finish at every round so far, and we have to keep picking up the points and keep our focus on the championship.”

Chris Smiley (Carrickfergus) – #24 BTC Racing Honda Civic Type R, said:
“We haven’t taken as much from this weekend as we should have done after race one, which is a real shame. It was good to get on the podium at the start of race day and the car felt really strong, and we weren’t a million miles off in race two even with the weight on.

“Unfortunately, what happened at the end has really hurt us, and the fact that the other driver was given a penalty tells the story – but it doesn’t get us the points back we lost.

“In race three, it was worth a gamble as the track was drying out; I just can’t believe how long it actually took to swing towards the dry tyres. We could have won from there if the gamble had paid off, but unfortunately it didn’t.

“We’ve made a lot of improvements to the car in a recent test at Donington and there is probably more still to come, so hopefully we can have a good showing next time out at Oulton Park.”

Bert Taylor, BTC Racing team principal, said:
“This hasn’t been an easy weekend for us, so to come away with two podium finishes is really good.

“I’m particularly pleased for Chris as he hasn’t had the results he deserved in the opening rounds and it was good to see him back on the podium. It’s just a shame that the actions of another driver prevented him from adding more points in the other two races.

“Josh recovered well from qualifying and for him to move up to second in the standings when he’s had a few issues to deal with over the weekend is more than we expected. Hopefully we can chase more silverware at Oulton Park next time out.”