The Trade Price Cars Racing team secured more points from what would prove to be a tough weekend on track as the Kwik Fit British Touring Car Championship headed to Croft for round four. 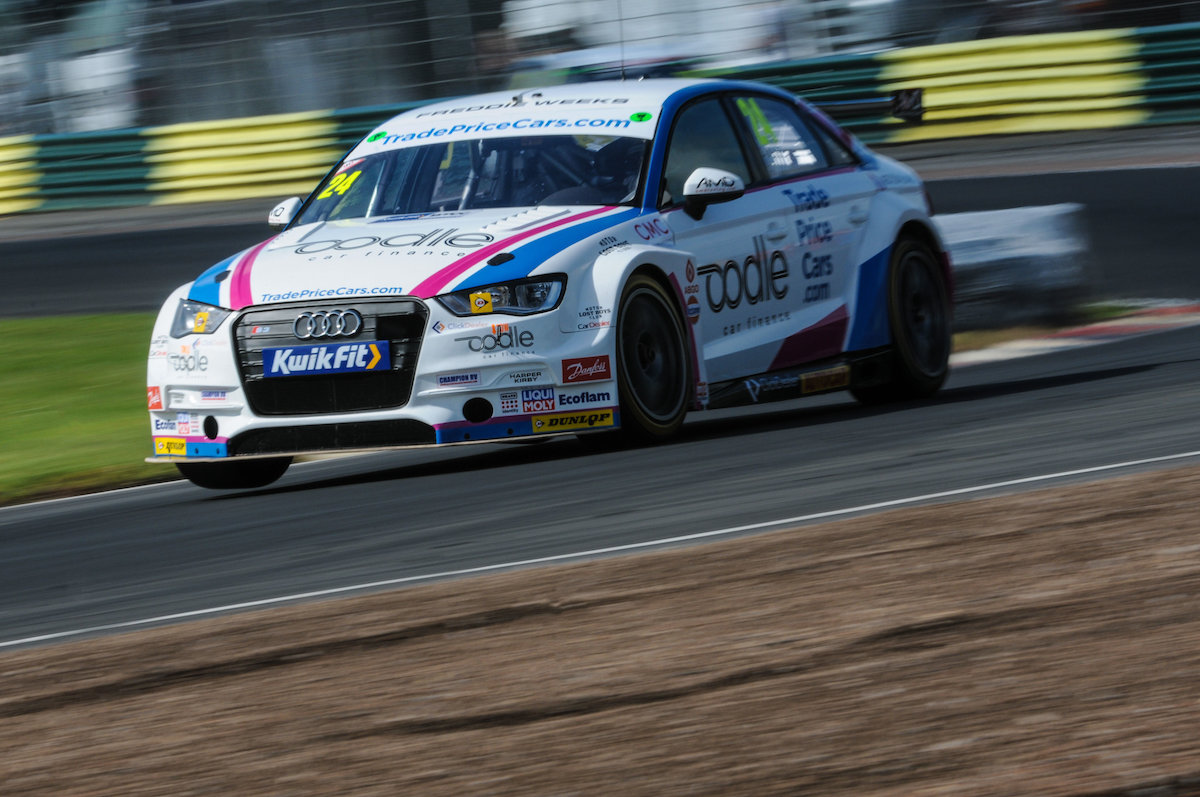 The team, run for the award-winning motor dealership by technical partner AmD Tuning, made the long trip to North Yorkshire hoping to challenge for strong points at a circuit where its Audi S3 had been strong in the past.

Rising star Jake Hill qualified in a solid ninth place on the grid for the opening race of the weekend, but slipped back to 14th on lap one whilst running on the less favourable hard tyre.

Jake battled his way back to twelfth by the finish, and was confident of fighting back into the top ten in the second race of the weekend.

Sadly, that race would come to an early end when contact on track forced Jake off across the grass, with a holed radiator resulting in damage to the engine that would force him into retirement.

Unfortunately the engine damage would also prevent Jake from starting race three, leaving him eleventh in the standings at the end of the weekend.

Team-mate Mark Blundell was appearing at Croft for the first time in his long career, with the former Le Mans 24 Hours winner on the back foot after qualifying, where multiple red flags prevented him from setting a representative time.

From 27th on the grid, Mark was able to progress forwards through the field to finish race one in 21st place but his hopes of pushing into the top 20 on race two were ended on lap one when contact from the MG of Sam Osborne saw him spin to the back of the field.

Despite all hope of a solid result having gone, Mark lapped quickly and consistently throughout the race, setting a best time more than a second quicker than in race one en-route to 26th place.

Flying the flag for the team in a wet final race of the weekend, Mark made his way into the top 20 on the opening lap and would climb as high as 17th before the performance of his tyres started to drop away as the circuit dried – with the ex-F1 racer crossing the line in 19th.

Mark Blundell, #8 Trade Price Cars Racing Audi S3, said:
“Qualifying was a nightmare because we didn’t get a lap in, but overall, I’m relatively happy with the way the weekend has gone. I feel we’ve made some good progress and I’ve closed the gap to Jake’s pace and am getting a better understanding of what I need to do technique wise in these cars.

“It’s certainly been eventful and I don’t seem to be getting much luck with the weather to help me get up to speed, but I’ve picked up three solid finishes and there are plenty of positives to take away from Croft after a few tough rounds.”

Jake Hill, #24 Trade Price Cars Racing Audi S3, said:
“The weekend started well and there are a lot of positives for us to take away from it. Qualifying on Saturday was good and was my best result to date, and then in the first race we showed solid pace on the hard tyre.

“Unfortunately, the engine going bang after being forced off through the mud in race two put a downer on the weekend as I think we could have picked up some good results in the other two races. It’s a shame, but I have to thank all the guys at Trade Price Cars and AmD for their hard work and we’ll come out fighting at Oulton Park.”