BMW Pirtek Racing do the double again at Croft

BMW Pirtek Racing’s Andrew Jordan maintained his impressive run of form in the Kwik Fit British Touring Car Championship with a double win as the series headed to Croft for the fourth round of the season. 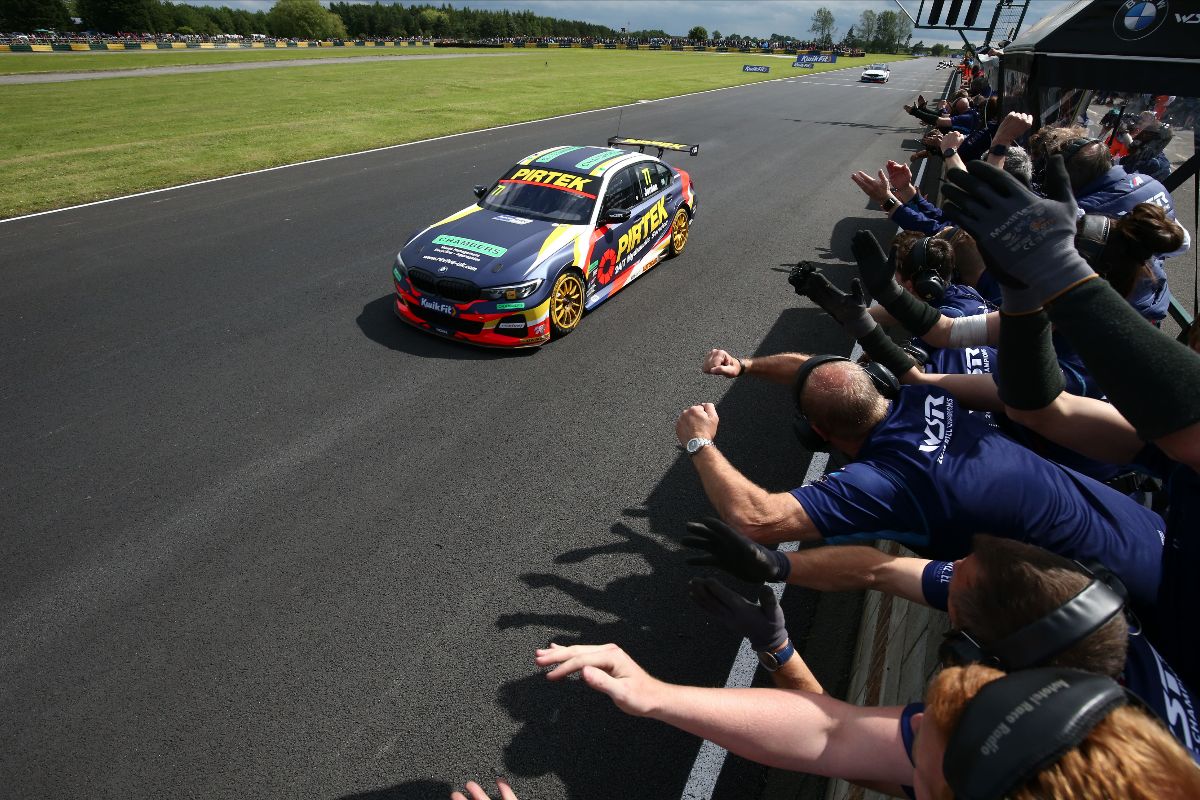 Andrew made the trip to North Yorkshire on the back of a fine double win at Thruxton in the previous meeting, which had seen him move into the top ten in the championship.

On the pace throughout practice, Andrew put his West Surrey Racing-run BMW 330i M Sport onto pole position in qualifying despite his session being ended early by a spin onto the grass caused by a cut tyre.

From pole position in the opening race of the weekend, Andrew was able to control things from the front of the field as he led every lap en-route to his fourth win of the season, and then repeated the feat in race two despite being forced to carry maximum success ballast on his car.

The reverse grid put Andrew ninth on the grid for race three, held in tricky wet conditions, and a fine start saw him rocket up the order into fourth place.

Although he would slip back to eighth at the finish after losing two place on the final lap, Andrew ended the weekend having matched the best score seen by a driver at an event this season, and having moved up to fourth in the championship standings.

The double win also moved Andrew to 25 career wins in the series.

“To get the double win again here is great, and I’d probably say it is more special than at Thruxton as it isn’t often that you see people do it in consecutive events,” he said. “It’s really brought us back into contention in the standings and we’ve been strong all weekend. The team has done a great job; I was just the final piece of the jigsaw pulling it all together.

“Race one and two were fantastic and race three was fun, although we didn’t have the pace in the damp conditions. We didn’t quite nail the set-up as we had to rush with which way to go ahead of the start, and it was all about taking what we could from it.

“Without a mistake on the final lap, we could have had a top six but I’m not complaining with a score of over 50 points from the weekend.

“After Donington Park, I didn’t expect to come back and win four of the next six races but I’m aware that things can change quickly in this game. We’re now right back in the mix and I’m going to enjoy this success, but we aren’t even at the halfway stage of the season and there is a long way still to go.”