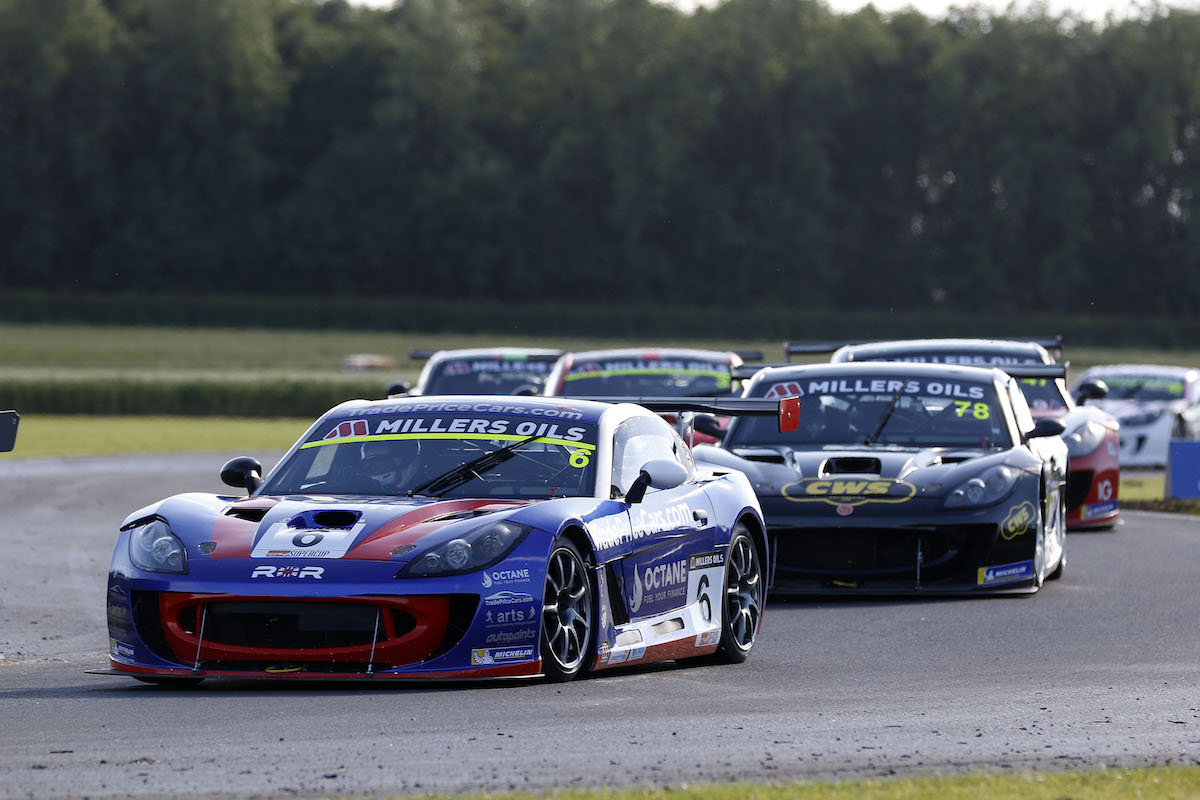 Dan – the managing director of award-winning motor dealership Trade Price Cars Racing – made the trip to the North Yorkshire circuit looking to build on his first Am class victory last time out at Donington Park.

Qualifying saw Dan post the twelfth fastest time overall, which meant he started the opening race of the weekend from fifth place amongst the Am class field.

In tough wet conditions, Dan avoided an incident that resulted in the race being red-flagged and then raced strongly on the restart to fight his way into the top ten overall.

A top eight finish was on the cards until the final lap when he was forced off at the final corner by Pro driver Michael Epps, which resulted in an eleventh place overall finish as fifth best Am driver.

Starting race two from 14th overall, Dan would gradually work his way up the order to once again finish eleventh overall and fourth best of the Am drivers before repeating his overall result for a third time in race three.

Battling hard throughout with Darron Lewis, Dan finished just two-tenths of a second outside the top ten and sixth in class.

Dan ends the weekend sitting sixth in the Amateur class standings ahead of the next round at Oulton Park in two weeks time.

“This weekend was all about making sure we picked up the points,” he said. “I knew that we couldn’t afford any DNFs and wanted to come away from Croft with some decent points on the board for the championship.

“Race one in the wet was all about survival as it would have been easy to go off in those conditions, and it was a shame that the contact towards the end meant we didn’t get an overall top ten.

“I really enjoyed the battles on track in race two and three and although I’d have liked to pick up a podium, we’ve got some solid points from the three races and I’m hoping to build on it when we get to Oulton Park next time out.”