Wigan racer Tony Lynch will miss the latest rounds of the opb Motorsport Retro Rallycross Championship after taking the difficult decision to withdraw his entry for the upcoming event at Pembrey. 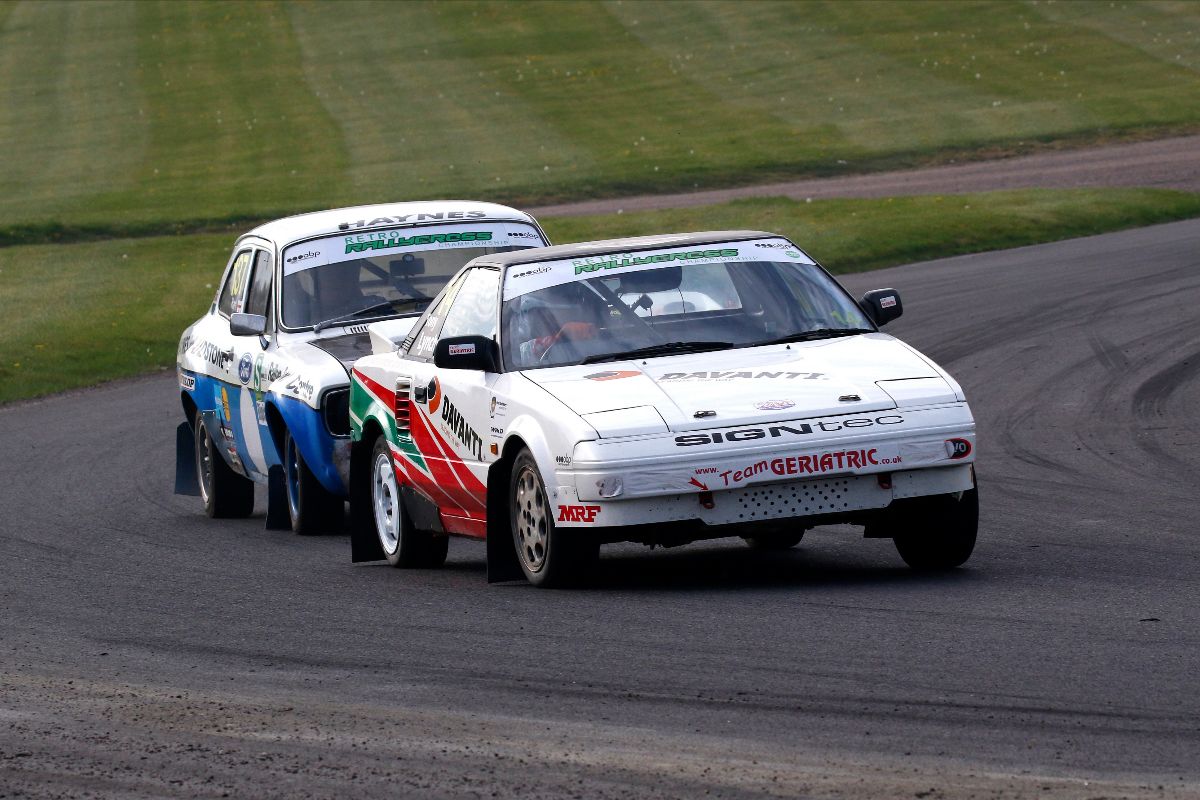 Having switched to the Retro series this season with a Toyota MR2, Tony and his Team Geriatric outfit have enjoyed a solid campaign to date with podium finishes at both Silverstone and Lydden Hill.

Since the second round of the campaign, Tony and the team have been hard at work on a number of upgrades to the car – all of which form part of a larger development programme geared towards challenging for the championship title next season.

Those changes include a new, more powerful engine as well as a new gearbox and revised suspension to improve the handling of the car, which was previously used for stage rallying.

Unfortunately for the team, difficulties in acquiring some of the required parts for the MK1 MR2 – which dates back to 1985 – have resulted in delays in completing the work that was planned ahead of the Pembrey double-header.

As a result, Tony and the team will sit out the Welsh weekend to complete the upgrades ahead of a return to action in round five at Lydden Hill in August.

“The decision to miss Pembrey isn’t one we have taken lightly, particularly with the event being a double-header,” Tony said, “but we know it is the right decision to take in the circumstances.

“If we were looking to challenge for the title this year, we could have tried to get the car ready, but it would mean going straight into the weekend without any chance to test the new engine and other upgrades we have made. When you consider that this is a development year for us, that isn’t a risk that is worth taking.

“It makes much more sense for us to complete the upgrades we are working on to a high standard, and make sure they are properly tested before we go out and race to avoid any potential problems.

“As a team, we love the thrill of competition so it will be tough to watch on from the sidelines, but we are confident that we’ll be able to come out fighting when we return to action at Lydden Hill.”