The Richardson Racing team enjoyed a stunning weekend on track as the Protyre Motorsport Ginetta GT5 Challenge headed to Donington Park for the fourth meeting of the season. 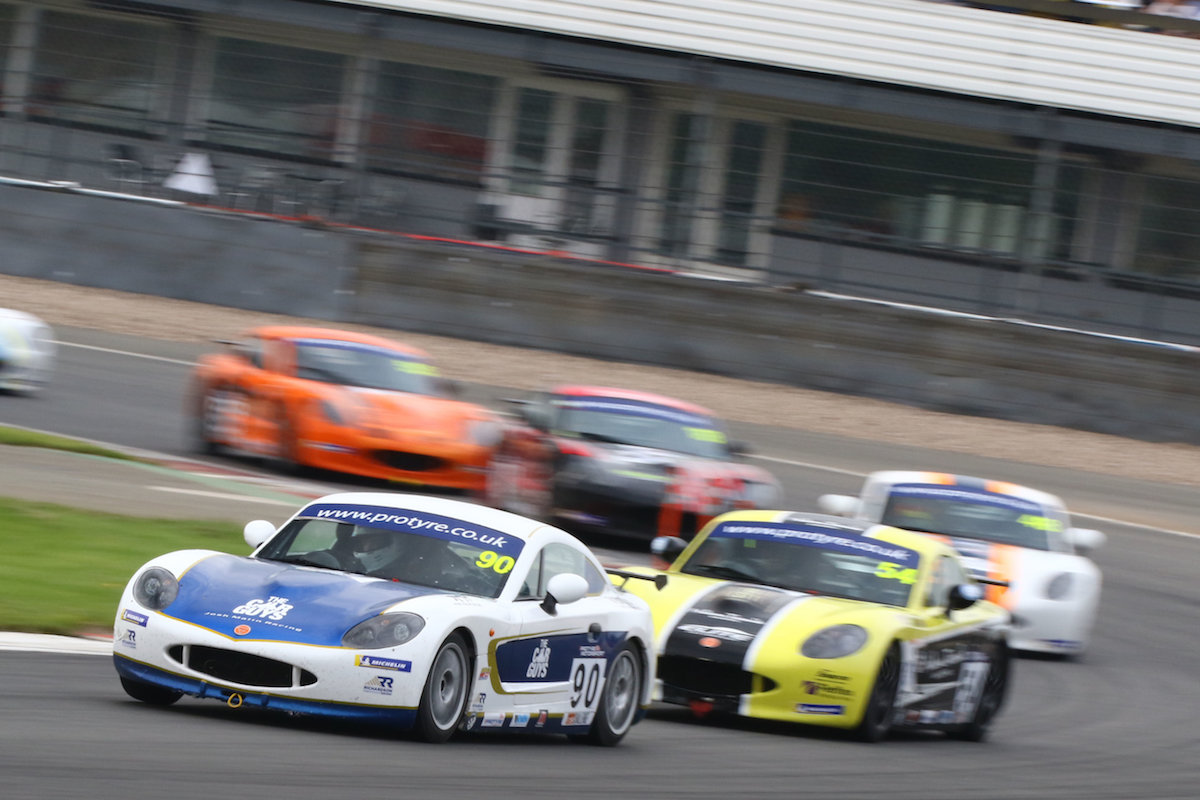 The Corby-based team headed into the weekend looking to build on a strong showing at Silverstone during round three, where Dorset-based racer Josh Malin had stepped onto the GT5 podium for the first time.

Having qualified in fourth place on the grid, Josh enjoyed a solid start to Donington’s triple-header meeting as he finished just half a second away from the podium in fourth place in race one – posting the fastest lap of the race in the process.

It was the Sunday races where the teenager would really shine however, with Josh lining up fourth on the grid again for race two.

A storming start and a fine move round the outside saw Josh jump into second place when the lights went out, and he would then heap pressure on leader Geri Nicosia throughout the opening eight laps of the race.

On the final lap, Josh got a better run out of the Old Hairpin but then had a moment through Schwantz Curve as he tried to find a way past the leader – which delayed him just enough to give third placed Gordie Mutch the chance to slip through.

Josh would cross the line in third place having once again set the fastest lap – breaking the GT5 lap record in the process – but was then promoted to second when Nicosia was excluded for a technical infringement.

Eager to try and make it to the top step of the podium in race three, Josh made another demon start when the lights went out to rocket into the lead on the run to Redgate for the first time.

Quickly establishing a slender lead, Josh saw his advantage disappear when the Safety Car was deployed to clear up an incident further down the order, but was able to see off the challenge of the pack behind on the restart to secure his maiden GT5 victory, having led every lap.

“This weekend was amazing,” he said. “P4 in the first race was a good start and I enjoyed the fight with Adam Smalley and Connor Grady, even though I wasn’t able to make up any places.

“Race two however was really intense and having got up into second at the start, I managed to hold it until right at the end when a little moment allowed Gordie to nick the place. Seeing that Geri then got excluded was a bit frustrating, as I could have won…

“That didn’t stop me in race three and I got a fantastic start off the line to jump into the lead. The safety car meant I had to work the brakes and tyres to keep them up to temperature and I’d never done a safety car restart before – but I think I nailed it! The last few laps were nail biting, but I managed to bring it home and get the win.

“I’m so, so happy to get the win and the Richardson Racing team were fantastic this weekend, providing me with a great car as usual. I also have to thank The Car Guys, as I would not be here doing what I love most without their support. Roll on Zandvoort where hopefully we can build on this success!”

“What a fantastic weekend!” team principal Gwyn Richardson added. “From the very first test we did with Josh, we knew that he was going to be quick in the Ginetta and that the results would come.

“We’re delighted that it has happened so quickly in his first year in the series, and against some very experienced competition. With the pace he has shown so far and the results he already has under his belt, we have no doubt that there will be more silverware to come.”