The Cobra Sport AmD with AutoAid/RCIB Insurance Racing team will hope for an upturn in fortunes when the Kwik Fit British Touring Car Championhip heads for Oulton Park this weekend for the fifth round of the year. 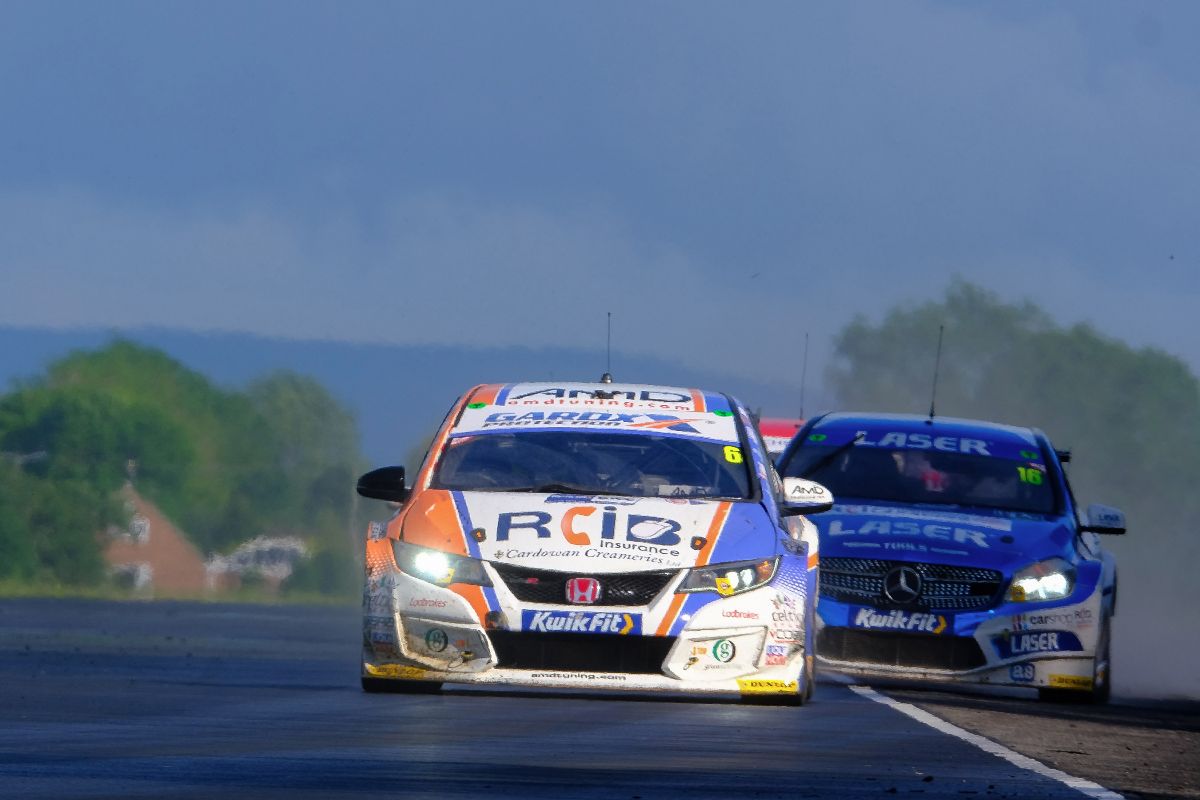 Having been regular contenders at the sharp end of the grid in the opening three rounds of the year, the West Thrurrock-based team endured a more challenging weekend last time out at Croft, where both Rory Butcher and Sam Tordoff found themselves in the wars.

Fife racer Rory had gone into round four in a share of the championship lead, but a qualifying accident that left him at the back of the grid for race day meant his weekend became a case of damage limitation.

Fighting through to finish inside the top ten by the end of race three allowed Rory to remain inside the top six in the overall championship and second in the Independents’ Trophy heading towards the half-way stage of the season.

Eager to return to the kind of form that has seen him secure his maiden win in the series already this year, Rory goes into the weekend confident about running at the sharp end of the grid with his focus on pushing for strong points in all three races.

For Leeds-based team-mate Sam, the Croft weekend would also be largely decided by qualifying, with the former series runner-up one of a number of drivers who were unable to set a representative time thanks to a number of red flags.

That prevented Sam from being able to build on the pace he had shown in practice at the wheel of the #600 Honda, with the 30-year-old being left frustrated with a best finish of 13th.

Oulton Park however is a circuit where Sam has gone well in the past, taking two race wins and three further podium finishes during his BTCC career to date.

With the Honda having been a strong package at Oulton Park in the past – and free of success ballast – Sam goes into the weekend keen to try and fight for his second pole position of the year, with a trouble-free race day and a strong haul of points being vital for his championship challenge.

Shaun Hollamby, Cobra Sport AmD with AutoAid/RCIB Insurance Racing team principal, said:
“Croft was our most challenging weekend of the year but we always expected that to be the case. Hopefully this weekend at Oulton Park will be more straightforward, and we can replicate the kind of results we secured in the opening three rounds.

“Despite his accident at Croft, Rory remains well placed in the standings and it would be good if he could at least maintain his front-running position going into the summer break.

“For Sam, hopefully this weekend will be the one where his luck changes. His speed isn’t in doubt, and it would be good if he could pick up the kind of results that his pace deserves.”

Rory Butcher, #6 Cobra Sport AmD with AutoAid/RCIB Insurance Racing Honda Civic Type R, said:
“I’m confident that the Honda is going to be a strong package when we get to Oulton Park. At Croft, I paid the price for the first real mistake I’ve made this season so this weekend, the first aim is to stay out of trouble. The BTCC is a series where you have ups and downs – hopefully I’ve now got the down out of the way!

“Last season we saw Matt Simpson put his FK2 Honda on pole position before winning race one at Oulton Park, so I think we can be optimistic about a good weekend on track this time around.

“We lost a little bit of ground in the standings at Croft, and I’ll be pushing hard to try and make some of that ground back up this weekend.”

Sam Tordoff, #600 Cobra Sport AmD with AutoAid/RCIB Insurance Racing Honda Civic Type R, said:
“There is no doubt that the car is fast, and we’ve seen that it has been quick at Oulton Park in the past. However, aside from the podium at Thruxton, luck hasn’t been on my side and I’m not where I expect to be in the standings as a result.

“That does mean I go to Oulton Park running without any ballast which means we have to be aiming to qualify at the front so we can fight for some strong results. On paper, Oulton should be one of our better tracks and we have to try and make the most of it.”