The Trade Price Cars Racing team has its sights firmly set on a solid haul of points when the Kwik Fit British Touring Car Championship heads for Oulton Park this weekend for the fifth meeting of the year. 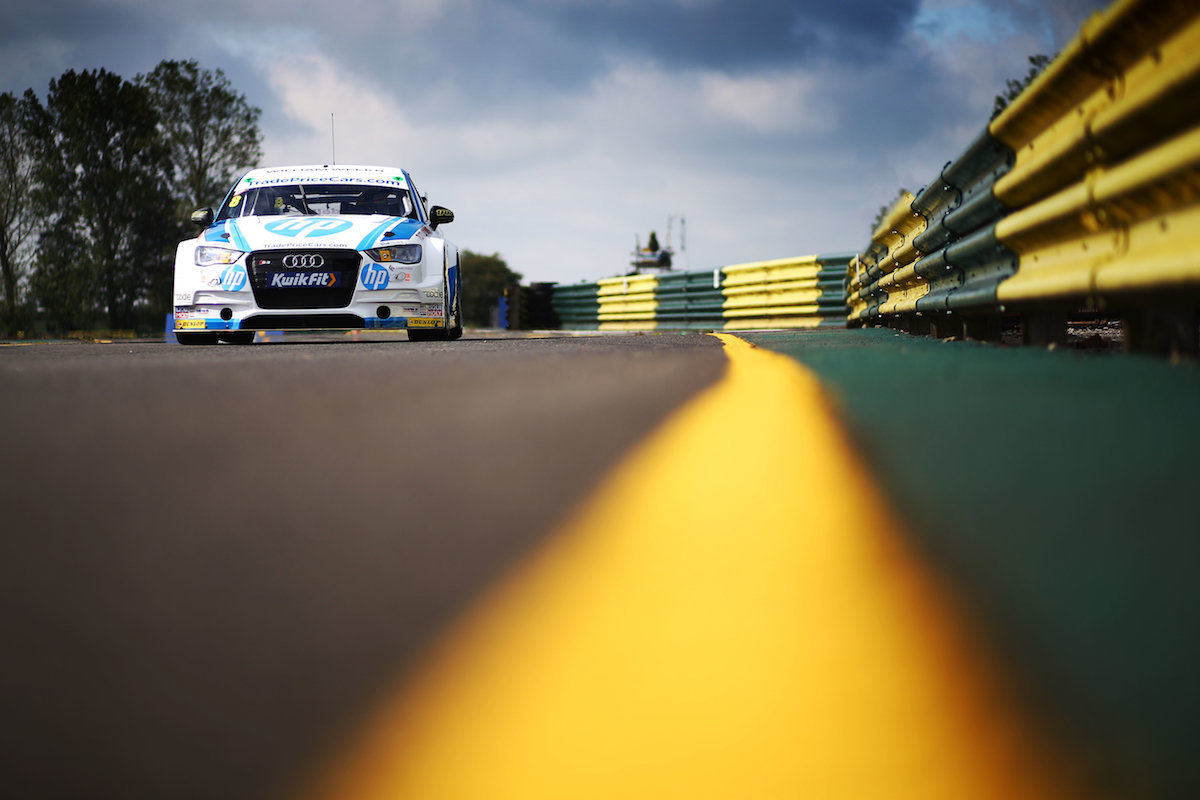 The team, run by technical partner AmD Tuning on behalf of the award-winning motor dealership, goes into the weekend looking to bounce back from a tough weekend at Croft, where the Audi squad picked up a solitary points finish – despite both Jake Hill and Mark Blundell having shown encouraging speed on track.

Rising star Jake broke into the top ten in qualifying for the first time this season in North Yorkshire, but his hopes of three points scoring finishes on race day were thwarted by a trip off-track that resulted in engine damage that put him out of races two and three.

The 25-year-old had earlier picked up his seventh points finish of the season in the opening race to maintain his top twelve placing in the championship standings, whilst he also sits fifth in the Independents’ Trophy.

Jake has a solid record at Oulton Park in the past, having scored points in six of his nine previous outings in the BTCC, whilst he also taken to the podium on a number of occasions at the Cheshire circuit on his way up the motorsport ladder.

With the team’s Audi S3 well suited to the fast and flowing nature of the Oulton Park layout, Jake will now hope to challenge for three strong finishes to maintain his position in the championship standings.

Team-mate Mark recovered from a tough qualifying session last time out at Croft to secure three solid finishes on race day, which included a third top 20 finish of the season.

The former Le Mans 24 Hours showed encouraging pace across the weekend, lapping quickly and consistently in all three races as he moved ever closer to Jake’s pace.

Mark will now seek to continue the progress made in round four when he returns to Oulton Park – a circuit he has competed on a number of times in his long and successful career – with the aim being to try and push towards the points scoring positions.

Mark Blundell, #8 Trade Price Cars Racing Audi S3, said:
“I feel like I learned a lot at Croft and I improved my technique when it comes to driving these cars, which showed in the difference between my lap times and Jake. It was a sign that I’m moving in the right direction and I’m hoping that it will continue this weekend.

“Oulton Park is a circuit I really like and one where I’ve had some good results through the years in other formulas. We’ll have to see what happens when we get there, but the key thing for me is to try and get a better result in qualifying as that is something that has really hurt me so far.

“If we can get a better starting position on Saturday, then hopefully we can push for some stronger results on race day.”

Jake Hill, #24 Trade Price Cars Racing Audi S3, said:
“We showed good pace again at Croft, and it was just unfortunate that we had the engine issue as without that, I think we were on for three solid results.

“Like many other drivers, I love Oulton Park and it provides a real challenge when you get behind the wheel. From everything we have seen so far this season, I feel it is a circuit where the Audi will be strong.

“I don’t see any reason why we can’t look to score points in all three races and if we can qualify inside the top twelve like we did at Croft, then hopefully it will set us up for a strong race day.”