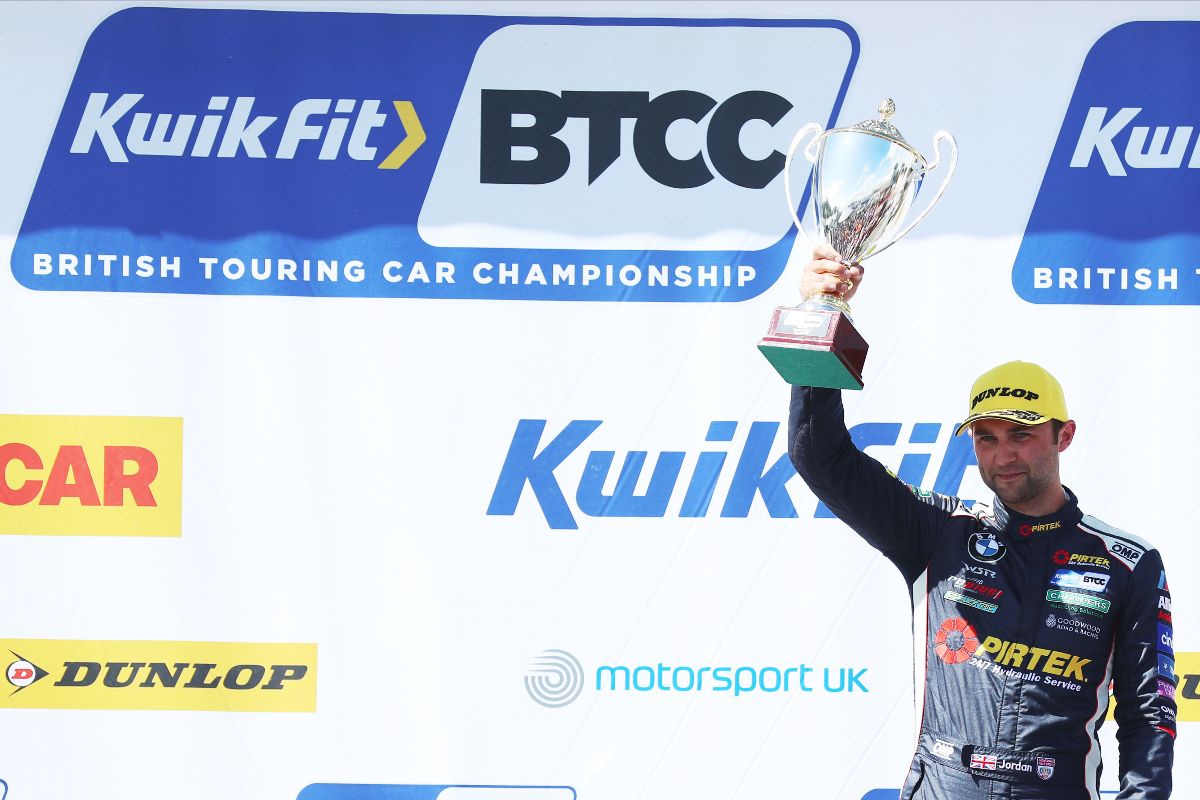 The 2013 champion headed into the fifth meeting of the campaign on the back of impressive outings at Thruxton and Croft, where back-to-back double wins had seen him roar back into championship contention.

Despite losing track time as a result of a spin in second practice, where his BMW 330i M Sport made contact with the Honda of Matt Simpson, Andrew qualified on the second row of the grid for the opening race of the weekend.

Making the most of the starting prowess of the BMW, Andrew rocketed off the line to go side-by-side with Dan Cammish into turn one, slotting into third place behind his rival and maintaining his position throughout the race despite a brief Safety Car period.

Another strong start to the second race allowed Andrew to vault ahead of Cammish to run second to West Surrey Racing team-mate Colin Turkington, with the 2013 champion once again retaining his position throughout an 18 lap encounter that would twice go behind the Safety Car.

With the top twelve on the grid reversed for race three, Andrew headed into the final race before the summer break seeking to fight for more points and quickly worked his way into the top ten when the lights went out.

Avoiding an incident ahead on the third lap that resulted in a number of his rivals going off track, Andrew rose into the top six and would eventually cross the line in a solid fifth spot – which would later become fourth when on the road winner Jake Hill was handed a penalty.

“The aim was to come out of the weekend in P2 and whilst Colin has extended his lead slightly, we’ve moved into a good position ahead of the summer break so it’s mission accomplished for me,” he said. “To have five wins and seven podiums myself at this stage with a new car is fantastic, and the fact that the 3 Series now has nine victories in total is testament to the work that everyone at West Surrey Racing has put in.

“I didn’t feel quite as comfortable in the car this weekend as I did at Croft but that is something you expect. Colin had the edge on me a little bit this time around in the same way I had the edge on him at Croft but it’s so close; we’re talking a tenth of a second here or there.

“That’s something I think we’re going to see between us through the rest of the season as things ebb and flow, but I’m really enjoying the battle between and I’m buzzing about the rest of the year.”

Andrew will return to action at Snetterton in early August.