Rising star Harry King has extended his lead in the Millers Oils Ginetta GT4 Supercup after securing a fifth victory of the season at Oulton Park. 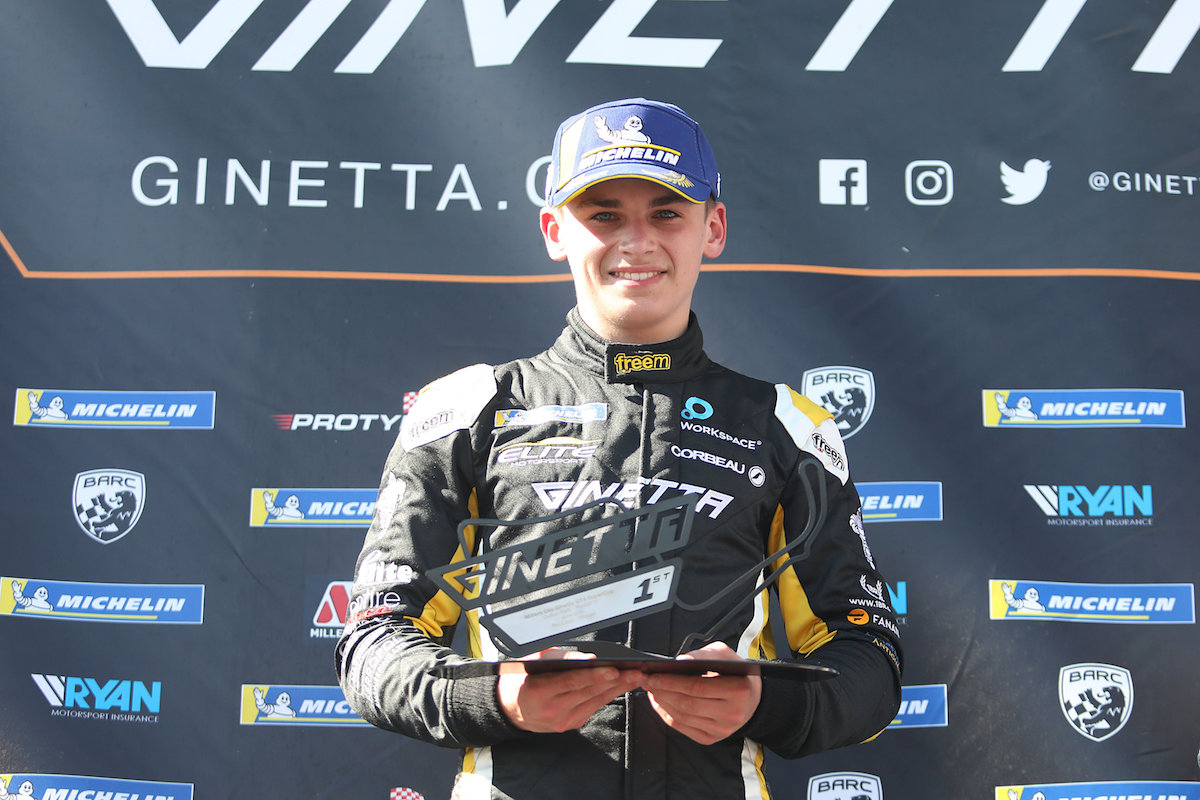 The teenager from Holyport made the trip to Cheshire on the back of a successful weekend at Croft, where a double win in his Elite Motorsport-run car had seen him move to the head of the championship standings.

In warm conditions on Saturday, Harry qualified in fourth place for the opening race of the weekend and a solid start when the lights went out saw the points leader move into third at Old Hall.

Moving up to second place when Carlito Miracco ran into problems ahead, Harry chased down leader Tom Hibbert but was unable to get close enough to make a move for the lead as he secured second place.

Starting alongside Hibbert on the front row of the grid for race two, Harry made a move for the lead around the outside at Cascades on the opening lap only for his rival to run him wide onto the grass exiting the corner.

That saw Harry slip back to fourth on the run to Island bend, but when Hibbert and Will Burns then clashed going into the hairpin and ran wide, also delaying Michael Epps, Harry saw the chance to slip back up the inside into the lead.

Once in front, Harry was able to control the race from the front as he posted the fastest lap en-route to a comfortable win by more than six seconds.

It means Harry now leads the standings by 48 points going into the summer break, with his next outing coming at Thruxton in August.

“It’s been another positive weekend and to come away from it with a second and first is really good,” he said. “Of course I would have liked to win the opening race and that was the target going into it from fourth on the grid, but we didn’t quite have the pace to get ahead of Tom.

“The start of race two was a bit dramatic but I don’t think it was intentional from Tom to run me wide exiting Cascades – it was probably a bit of understeer on cold tyres. Luckily we didn’t get any grass in the radiator from the trip off track and the car felt good meaning I was able to control things from the front.

“The aim this weekend was to build a bit more of a lead in the standings ahead of the summer break so it’s great that we managed to achieve it. I have to give huge thanks to 1BR and Entire Engineering for their ongoing support and also everyone in the team for the work they have put in so far this season.

“Confidence is high and hopefully we can maintain this form when the season resumes after the summer break.”