The Richardson Racing team bounced back from early disappointment to secure a pair of top six finishes from the latest rounds of the F4 British Championship certified by FIA – powered by Ford EcoBoost season at Oulton Park. 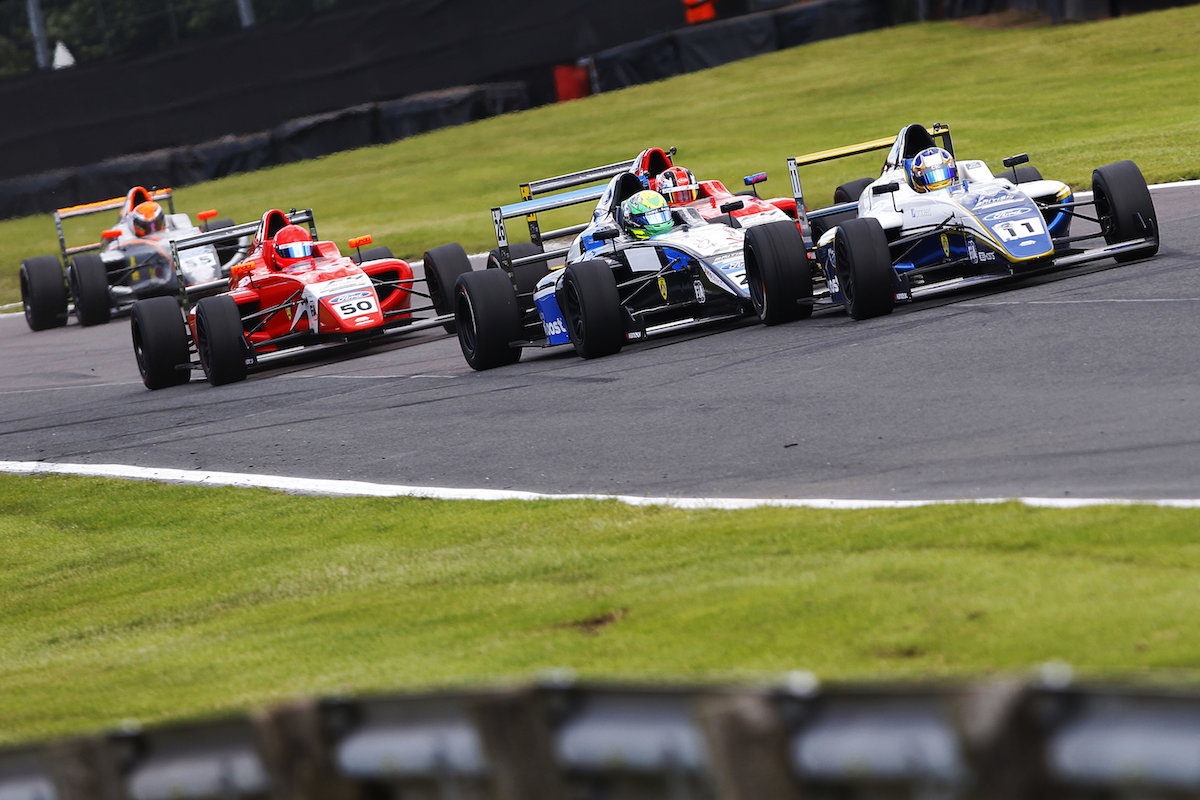 The Corby-based team made the trip to Cheshire optimistic about challenging towards the sharp end of the grid, with home racer Luke Browning eager to impress in front of a bumper crowd.

Kingsley-based Luke qualified eighth on the grid for the opening race of the weekend, which was held in sweltering conditions on Saturday afternoon with track temperatures breaking 50°c.

Aiming to try and work his way forwards up the order, Luke would instead endure a troubled opening encounter when an issue with a CV joint outside the control of Luke or the team left him with an ill-handling car.

Having slipped back to eleventh as he wrested the car around the challenging circuit, Luke would ultimately retire in the closing stages when the CV joint failed completely and he lost a rear wheel.

Left at the back of the grid for the second race as a result, Luke avoided a clash ahead at turn one as he quickly moved his way forwards into the top ten – moving up from 13th to seventh on a chaotic opening tour.

Continuing his forward progress, Luke climbed into the top six on lap three and then made up a further place into fifth a lap later; a position he would retain right through to the chequered flag.

Seventh on the grid for the final race of the weekend, Luke once again avoided a number of clashes ahead of jump up into fourth place.

From there, the youngster would produce a masterful defensive drive to keep quicker rivals at bay, eventually securing the place as he held off the challenge of former Ginetta rival Louis Foster on the run to the line.

Luke sits sixth in the championship standings at the half-way stage of the season, with his campaign getting back underway at Snetterton in early August.

“It turned out to be a difficult weekend for us, which was a shame at my home circuit,” he said. “We were on for a really good result in qualifying and could have been on the front row until I got blocked at the final corner.

“That left us playing catch-up in the races and it was unfortunate that we had the issue with the CV joint in race one as it dropped us to the back for race two at a circuit where overtaking isn’t easy.

“To come back from that to score fifth place in race two was really good and I enjoyed coming through to fourth in the final race. I was really under pressure in the closing stages and to beat Louis to the line to keep fourth was great.

“We’ve shown that we are quick in the first half of the year but have had more than our fair share of bad luck. Hopefully that will soon change and we can be fighting for the top stop again after the summer break.”