BMW Pirtek Racing’s Andrew Jordan will look to strengthen his bid for the 2019 Kwik Fit British Touring Car Championship title when the season resumes this weekend at Snetterton. 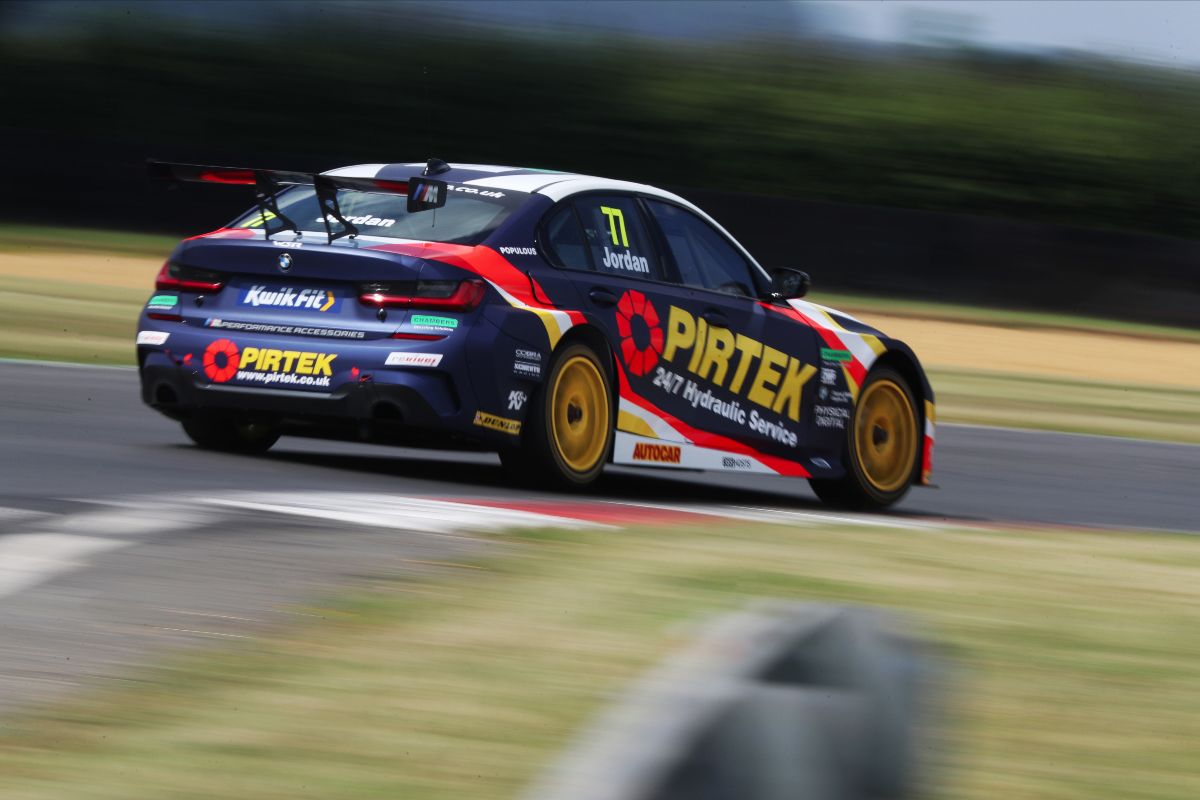 Andrew currently sits second in the championship standings at the half way stage of the season, having enjoyed a stunning year to date in his new BMW 330i M Sport.

The 2013 champion secured the first win for the new car during the season opener at Brands Hatch, with double victories at both Thruxton and Croft giving him a season-high five victories to his name already.

Andrew has also secured more podium finishes than any other driver, having added a pair of top three finishes to his record at Oulton Park in the final meeting before the summer break.

Lichfield racer Andrew now makes the trip to Snetterton for round six of the season hoping to benefit from the work carried out by his West Surrey Racing team during a recent two-day Dunlop tyre test at the Norfolk circuit.

In total, Andrew completed more than 80 laps across the two days, with a focus on fine-tuning the BMW for the upcoming race weekend as well as the remaining four meetings on the calendar.

“The BMW has been so strong out of the box that the recent test wasn’t focused on us trying to reinvent the wheel with the car,” he said. “Instead, we were able to work on trying to fine-tune things to give us the best chance of success both at Snetterton, and in the remainder of the season.

“Having moved up to second in the standings at Oulton Park, we’ll have to carry more success ballast into the weekend than we have done at any other round this season and there is no doubt that that is going to hurt us in qualifying, but we just need to focus on trying to get as far up the grid as possible.

“The races on Sunday will be a bit of a lottery because of the fact we have to use all three compound of tyre, and it will be a case of being as consistent as possible to score as many points as we can.

“The results so far have put me in a fantastic position but there is still a long way to go in the standings and still work to do to catch Colin [Turkington]. I’ve got to keep my head down and push hard this weekend to try and reduce his advantage.”