The Trade Price Cars Racing team will hope to challenge for more strong points finishes when the 2019 Kwik Fit British Touring Car Championship season bursts back into life at Snetterton this weekend. 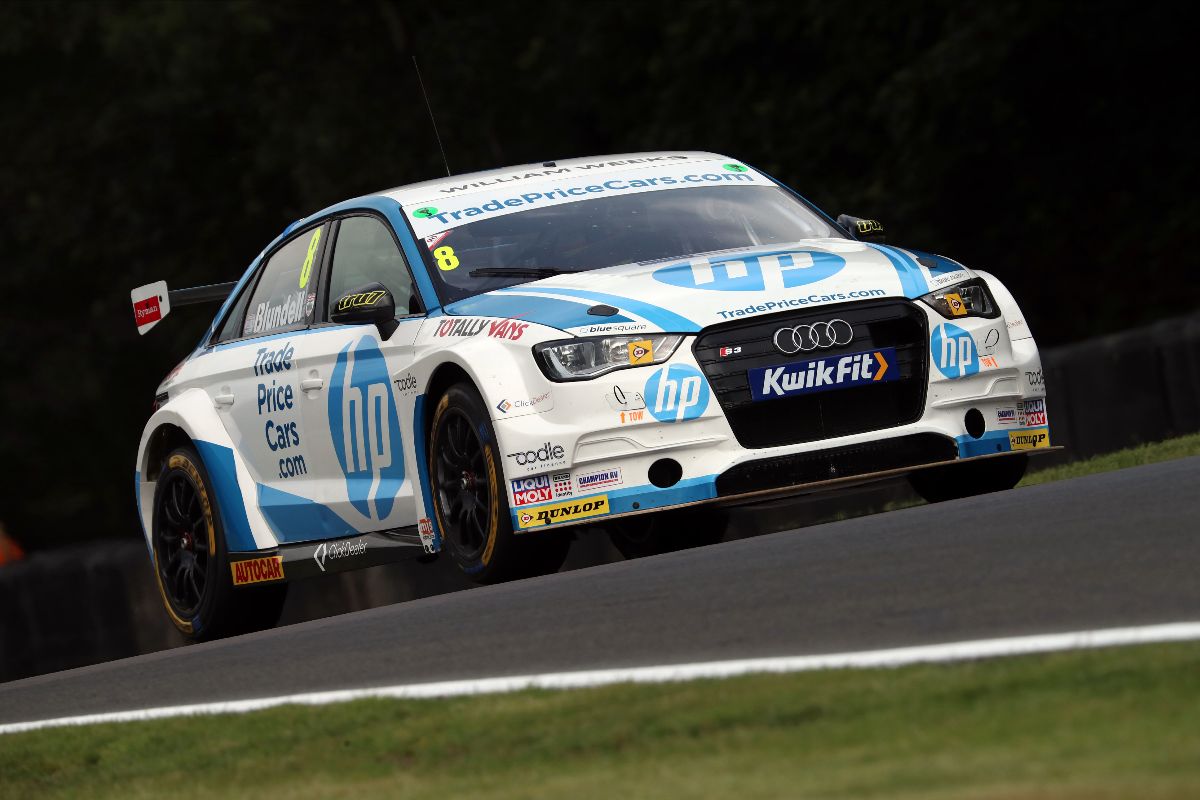 The award-winning Essex-based motor dealership has enjoyed an impressive season to date, having entered the series this year alongside technical partner AmD Tuning with a pair of Audi S3s.

Rising star Jake Hill has been a regular contender for points at the wheel of the #24 Audi, and has finished inside the top 15 in ten of the races run so far.

Jake heads into the sixth round of the campaign looking to build on what was a character building outing in the final meeting before the summer break at Oulton Park last month.

There, the 25-year-old looked set to secure his maiden victory in the series after taking the chequered flag first in the final race of the weekend, before a post-race penalty demoted him off the podium.

Since that weekend of highs and lows, Jake has enjoyed a solid run at the annual Dunlop tyre test at Snetterton and also picked up silverware during an outing at the Silverstone Classic, with his target being to chase more success on his return to BTCC action.

Team-mate Mark Blundell in the sister car will be seeking to build on a solid performance during the Snetterton test, where he completed nearly 150 laps at the wheel of the #8 Audi.

Former F1 racer Mark enjoyed a strong start to his season with a points-scoring finish first time out at Brands Hatch, and has since focused on getting closer to Jake’s pace on his return to competitive action.

Having taken large strides forwards in recent events, the Le Mans 24 Hours winner will now seek to try and push for more points on what will be his first race outing around the Snetterton 300 layout.

Mark Blundell, #8 Trade Price Cars Racing Audi S3, said:
“The test we completed at Snetterton a few weeks ago showed that we’ve made some good progress. We know that we still have a long way to go but there were plenty of positives to take away from the test, and it all shows that we’re heading in the right direction.

“Being able to have some sustained running in the car meant we could try out a few things that we haven’t been able to try out during race weekends and that has been really beneficial to me.

“Snetterton is probably the closest thing to a home race for me and I’m looking forward to heading back there this weekend to race on the 300 layout for the first time.”

Jake Hill, #24 Trade Price Cars Racing Audi S3, said:
“Snetterton is a circuit that has always been good to me in the past and I’m looking forward to going back this weekend.

“The test we did last month was really positive and we were able to do quite a bit of work with the three tyres we’ll have to use this weekend. I think we gained a good understanding of what to expect, and I’m heading there in confident mood.

“What happened at Oulton Park is in the past now, and I’m eager to move on from that and focus on the job at hand. I’m confident that we can head to Snetterton with a car that is more than capable of running inside the top ten, and if the reverse grid goes in our favour, who knows what might happen.”