The BTC Racing team fought back from a challenging qualifying session to secure a stunning double podium from the sixth round of the Kwik Fit British Touring Car Championship at Snetterton. 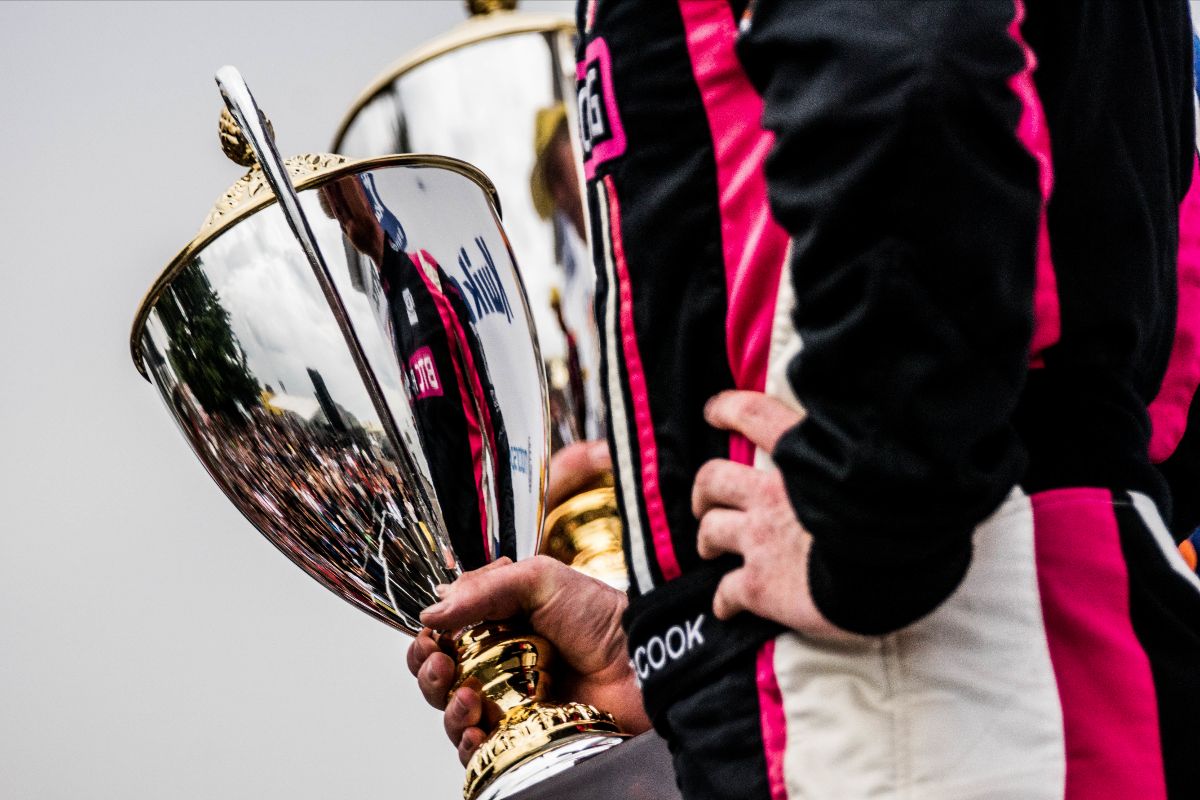 The Brackley-based team was seeking to start the second half of the season on a high, having impressed in the opening five rounds with its all-new Honda Civic Type R.

The potential of the car was evident in free practice, where Northern Irish racer Chris Smiley went fourth quickest in the second session of the weekend. Qualifying would then prove to be a closely-fought affair where track position would be key, with a brief red flag and traffic impacting both drivers.

It meant Chris had to settle for the 13th quickest time, with the tight nature of the times being reflected by the fact that he was less than a tenth of a second away from ninth. Bath-based team-mate Josh Cook meanwhile had the added penalty of success ballast on his car as he qualified in 19th.

With a revised rule for the weekend requiring drivers to run all three compound of tyre on race day, the pair would adopt different strategies for the opening race, with Chris choosing the medium Dunlop tyre and Josh electing to run the hard.

Although he would lose places on the opening lap, Chris fought back to 14th place by the finish to secure a points finish although Josh would be left with a 20th place finish to his name – albeit having rid himself of the least favourable tyre option and the success ballast on his car in one hit.

Chris selected the soft compound tyre for race two, but again lost out on the opening lap as he slipped back to 15th. From there however, the Northern Irish racer would be one of the stars of the race as he battled his way through the pack to take the flag in eighth place. As an additional reward, Chris was then drawn on pole for the final race of the weekend.

With the medium compound tyre fitted to his Honda, Josh found himself in the heart of the midfield action, but fought his way into the points in 15th place, with the most favoured soft tyre waiting for him in race three.

Despite being left to run the hard tyre, Chris would end his weekend with a strong run to third place, fighting at the sharp end throughout as he became the only driver to secure a podium finish on the hard compound.

Josh meanwhile would make the most of the soft tyre with his best race of the weekend, scything his way through the field with a number of impressive overtaking moves to finish the race in second spot – giving BTC Racing a stunning double podium.

Chris Smiley (Carrickfergus), #22 BTC Racing Honda Civic Type R, said:
“Qualifying didn’t show where we were as I got held up in traffic, and we should have been in the top six or seven. I knew we would have a quick car for race day and the balance was good. We had a few things to work on but we were strong on all three tyres and that was reflected in the results.

“I knew the hard tyre would be slower in race three but I just took a steady approach and made sure I stayed out of trouble when others were getting involved in a bit of wacky races! To be rewarded with a podium is great, especially when Josh was there too.

“I’ve had some bad luck so far this season but hopefully this weekend will be the one where that luck changes. We’ve been quick at every race but you can’t control what other drivers do. I’m looking forward to going back to Thruxton as I think we can be strong when return in a few weeks.”

Josh Cook (Bath), #66 BTC Racing Honda Civic Type R, said:
“Saturday was tough and the car wasn’t quite doing what we wanted. We had a few issues and the balance wasn’t quite there in qualifying, and we did what we could in the circumstances with the ballast onboard.

“We were out of position a bit but race one was always going to be tough with the weight so we took the double hit with the tyres, which was quite demoralising as a driver because I knew we couldn’t do anything.

“We moved up in race two despite some damage to the exhaust and then on the soft tyre in race three, I just got my head down and pushed on. I knew there were guys ahead on the hard tyre so I picked them off, but I didn’t expect to get a podium.

“The team did a mega job for us to come from 13th and 18th on the grid to finish with both cars in the top three.”

Bert Taylor, BTC Racing team principal, said:
“It’s ended up being a fantastic way for us to kick off the second half of the year. The whole team has knuckled down to fight back from a qualifying session where circumstances went against us, and Chris and Josh have delivered the goods on race day.

“For Chris to get onto the podium on the hard tyre was fantastic, and Josh did a great job to come through the pack from where he was starting race three. We can now go to Thruxton looking to build on these results and try to fight at the front at a circuit where we know the Honda will be strong.”