Andrew Jordan enjoyed a solid start to the second half of the Kwik Fit British Touring Car Championship season with an eighth podium finish of the campaign at Snetterton. 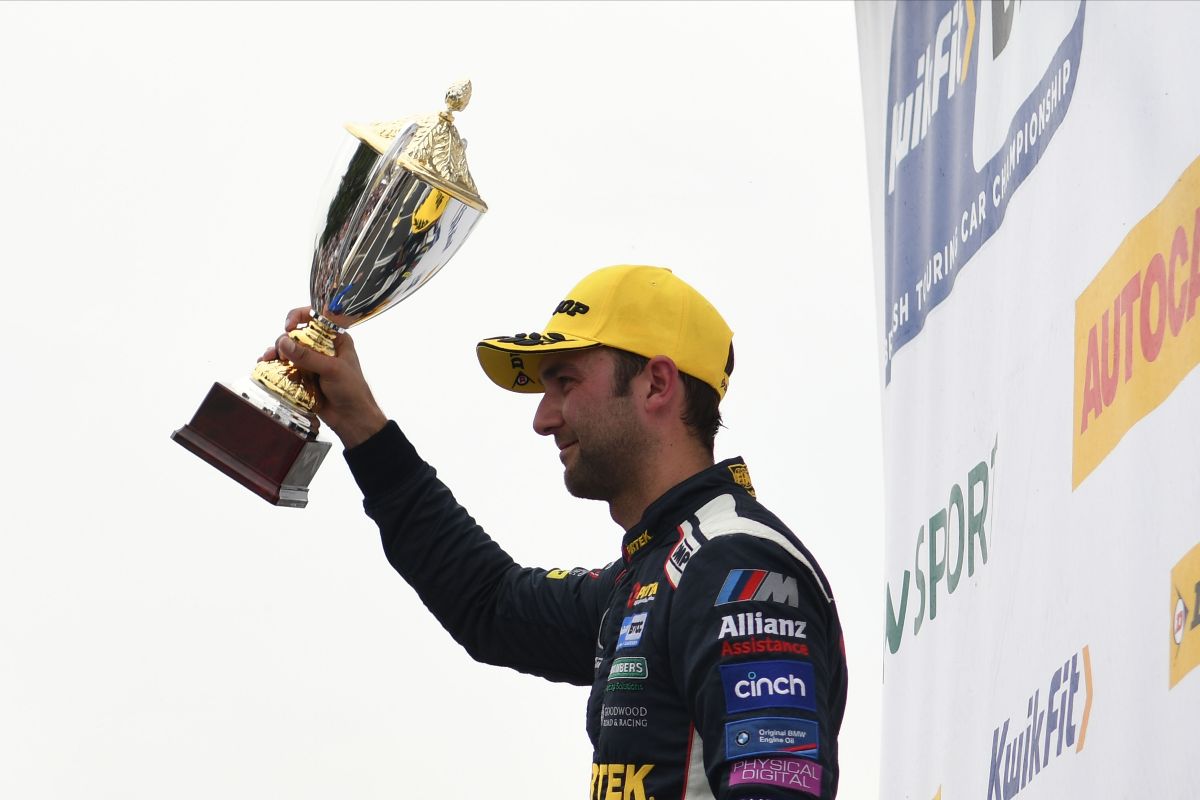 Andrew headed into the weekend looking to build on the strong results to date for the BMW Pirtek Racing team, with the former champion having secured five wins in five meetings with his all-new BMW 330i M Sport.

The 30-year-old showed solid pace through the two free practice sessions despite the additional weight on his car, and was quickest rear-wheel drive car on a circuit that wasn’t expected to favour the BMW.

Seventh fastest in qualifying, Andrew then went into race day optimistic of scoring a solid haul of points to maintain his championship challenge.

A change to the usual tyre rules required drivers to use all three compound of tyre across the three races, with Andrew electing to run the medium compound for the first twelve-lap encounter.

Maintaining his place through the opening lap, Andrew moved up to sixth when the Ford of Tom Chilton suffered a puncture, with the 2013 champion then putting pressure on the Vauxhall of Jason Plato. A fine move into Nelson on lap ten allowed Andrew to get ahead, and he duly took the finish in fifth place.

Running the soft tyre in race two, Andrew quickly moved up into fourth place at the start before a move on the Honda of Dan Cammish allowed him to take third on lap three.

Soon embroiled in a three-way battle for the race lead with Tom Ingram and WSR team-mate Colin Turkington, Andrew was run wide at the hairpin as the trio battled side-by-side, which allowed Cammish to sneak back ahead.

Heaping pressure on his rival, Andrew crossed the line in third place for his eighth podium finish of the campaign, with Ingram having dropped out of the battle with a mechanical issue.

The final race of the weekend saw Andrew faced with the added challenge of running on the harder compound tyre but a solid fifth place finish added more points to his tally and allows him to remain second behind fellow BMW racer Colin Turkington in the championship standings.

“Colin has taken a few points off us this weekend, but it was nip and tuck between us, which is what I expected things to be like in the second half of the season,” he said. “We’ve maximised what we could this weekend, although I feel I could have got a win in the second race. I made the move to go round Colin and Tom at the hairpin and I felt I’d got it done, but then Tom had a moment, there was some contact and we couldn’t make it stick.

“This has been the toughest weekend for us so far with the new BMW, as when you are at the front of the pack, the car always feels better than in the pack. We have had to work hard for the points we have scored this weekend and certainly haven’t dominated things.

“Despite that, we can go to Thruxton confident about trying to fight for some strong results as we know the car went well there earlier in the year.”