The Cobra Sport AmD with AutoAid/RCIB Insurance Racing team will look to maintain its bid for title honours when the Kwik Fit British Touring Car Championship returns to Thruxton this weekend for the seventh meeting of the campaign. 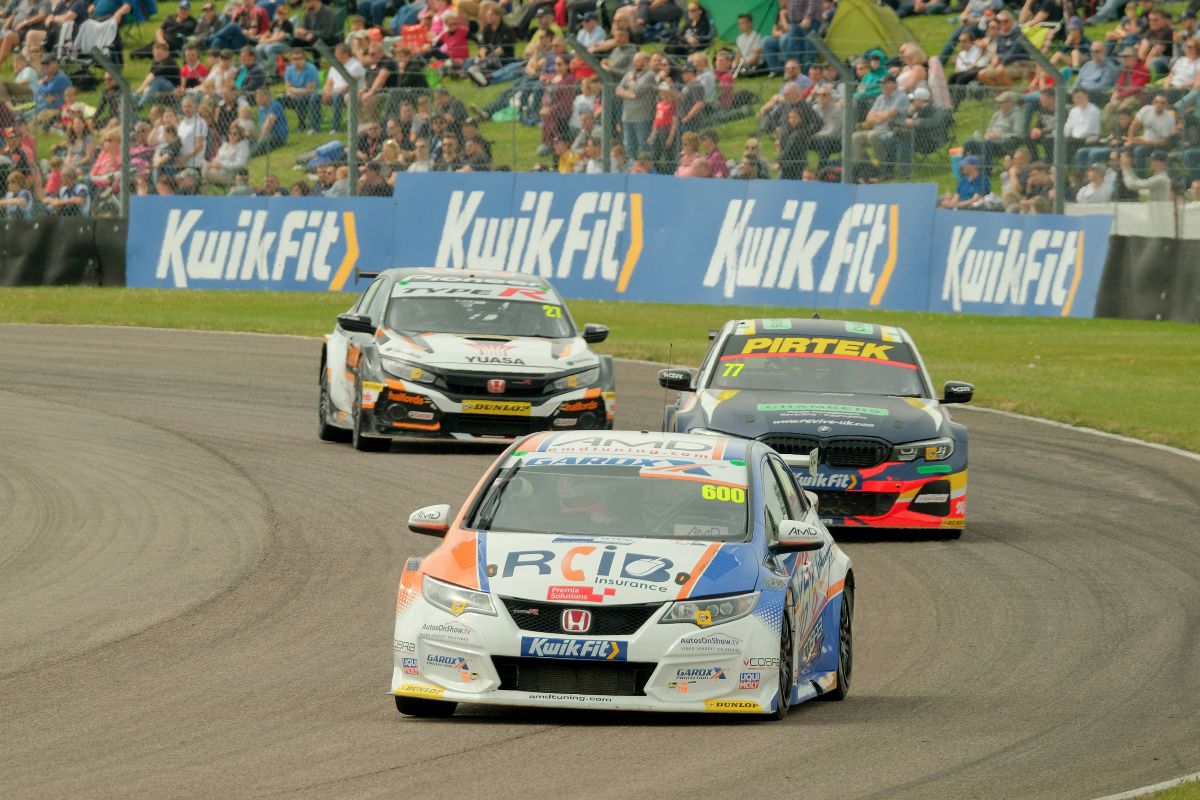 The West Thurrock-based team makes its second trip to the high-speed Hampshire circuit on the back of a stunning weekend last time out at Snetterton, where a race win for Rory Butcher and a third podium of the year for Sam Tordoff saw the Honda squad secure more points than any other team on the grid.

Rory’s second victory of the campaign saw him move back into the top three in the championship standings, and also strengthened his lead in both the Independents’ and Jack Sears Trophy standings.

The Fife racer enjoyed a strong weekend at Thruxton during the third round of the year back in May, with a podium finish being the highlight of a meeting that ended with him in a share of the overall championship lead.

The 32-year-old will once again have to carry additional success ballast on his Honda Civic Type R but goes into the weekend confident of trying to replicate the results he enjoyed earlier in the season to keep his championship challenge firmly on track.

Leeds-based team-mate Sam endured a frustrating weekend during his first trip to Thruxton earlier in the season, when a battery issue in the closing stages of race one robbed him of a certain victory after an impressive drive from pole position.

Although he was still able to secure a podium finish from the weekend, it was very much a case of what might have been for the 30-year-old, who heads into round seven of the year looking to build on a strong run of form in recent events.

After a tough start to the year, Sam has bounced back with a six straight top six finishes – including two podiums – and will look to try and replicate the pace he showed back in May as he seeks to climb into the top ten in the overall championship standings.

Shaun Hollamby, Cobra Sport AmD with AutoAid/RCIB Insurance Racing team principal, said:
“We head for Thruxton with confidence high on the back of a fantastic showing for the whole team last time out at Snetterton, and hopefully we can build on our results from there during the weekend ahead.

“We know that the Honda is going to be a good package from the pace we showed when we raced at Thruxton earlier in the year, and we now have the added benefit of more time with the car which can only help us.

“I’m confident that both Rory and Sam can get the job done during the weekend ahead and it would be great if we can challenge for some more silverware to maintain our good form.”

Rory Butcher, #6 Cobra Sport AmD with AutoAid/RCIB Insurance Racing Honda Civic Type R, said:
“We were able to learn quite a lot when we raced at Thruxton earlier in the year, and I know there are places where I can improve when we return this weekend. I know other drivers will say the same, but I’ve spent time looking back at the May event and I know exactly where I can gain time and improve when we return; it’s just a case of putting it into practice.

“It’s looking like the weather might not be too good, which could really mix things up as Thruxton is a challenging circuit at the best of times. On the back of my victory at Snetterton, I’m in a good place in the standings and I know what I need to do in the remaining rounds.

“If I’m being honest, I’m not going to worry about the two BMW drivers ahead of me in the standings as it really is their championship to lose. My focus is on doing the best job I can and beating the drivers around me in the standings because it’s so close between us all and I want to make sure I stay ahead.”

Sam Tordoff, #600 Cobra Sport AmD with AutoAid/RCIB Insurance Racing Honda Civic Type R, said:
“I showed really good pace at Thruxton earlier in the season to secure pole and would have won race one had it not been for a mechanical issue we could do nothing about. We go into the weekend with no ballast again so have to focus on qualifying and hopefully that will set us up for a strong showing across the remainder of the weekend.

“Of all the circuits we could go back to for a second go, Thruxton is ideal and the fact we have been there this season is hugely important. It’s the same for everyone in terms of the data they have, but we were quick there in May and hopefully we can use that to our advantage.”