The Trade Price Cars Racing team will hope to push forwards up the Kwik Fit British Touring Car Championship pecking order when the series returns to Thruxton this weekend for the seventh meeting of the season. 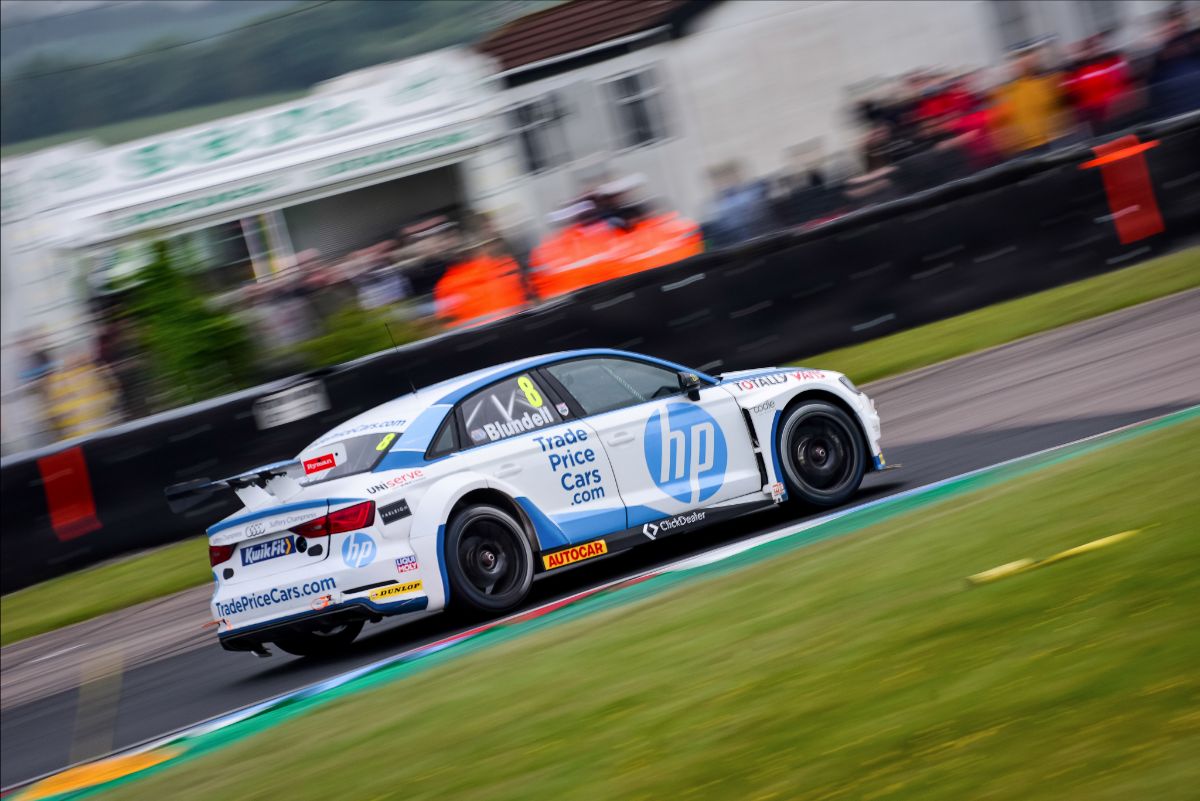 The team, run on behalf of the award-winning Essex-based motor dealership by technical partners AmD Tuning, secured a solitary top ten finish when the series visited the Hampshire venue back in May, and now returns to the fastest circuit on the calendar looking to put more solid points on the board.

Rising star Jake Hill maintained his impressive campaign last time out at Snetterton, securing a brace of top ten finishes at the wheel of his Audi S3 to remain inside the top six in the Independents Trophy standings.

The 25-year-old was also well placed to challenge for a podium finish in the final race of the weekend, before a gearbox issue forced him into an unfortunate retirement.

Jake found himself in the thick of the action during the first trip to Thruxton, and was unfortunate not to come away from the weekend with three points scoring finishes to his name.

Eager to now improve on his results from the May meeting, Jake will seek to add to his points tally to maintain his challenge for the Independents title.

Team-mate Mark Blundell endured a difficult return to Thruxton earlier in the year, with his first race meeting at the circuit for more than 30 years seeing him secure just a single points finish.

Since then, the 1992 Le Mans 24 Hours winner has worked hard to improve his pace at the wheel of the #8 Audi, with the 53-year-old coming to terms with the unique challenge of racing in the BTCC on his return to competitive action.

With the Hampshire circuit being the only one where Mark has experience of racing the Audi, the former F1 podium finisher will hope to turn the potential seen in recent events into three solid finishes as he seeks to fight towards the points scoring positions.

Mark Blundell, #8 Trade Price Cars Racing Audi S3, said:
“Thruxton was a difficult event for me earlier this season, and a real learning curve for me and the team. We’ve come a long way since then and that is something that I’m hoping we will be able to show with our performance on track when we return this weekend.

“We’ve shown glimpses of the performance that we are capable of in recent events and what we now need to do is extract that performance at the key moments of the race weekend. If we can do that, then we’ll be in a much better position, and able to challenge for some improved results.”

Jake Hill, #24 Trade Price Cars Racing Audi S3, said:
“I’m really looking forward to heading back to Thruxton this weekend. In the past, it’s a circuit where I haven’t had much luck but we picked up two solid points finishes back in May and that is something that I’m looking to improve on this time around.

“Since we were last at Thruxton, I think we’ve made a lot of improvements to the Audi, and I feel it is a lot closer now to the AmD-run Honda on the other side of the garage. When you consider that that car qualified on pole earlier in the year and should have won a race, I think it puts us in a good position.

“I’m hoping we can come away from this weekend with three top ten finishes and that is certainly what I’m aiming for.”