For the second successive season, Cobra Sport AmD with AutoAid/RCIB Insurance Racing team can today announce the launch of a money can’t buy competition to win a road-going version of the car being used in this season’s Kwik Fit British Touring Car Championship. 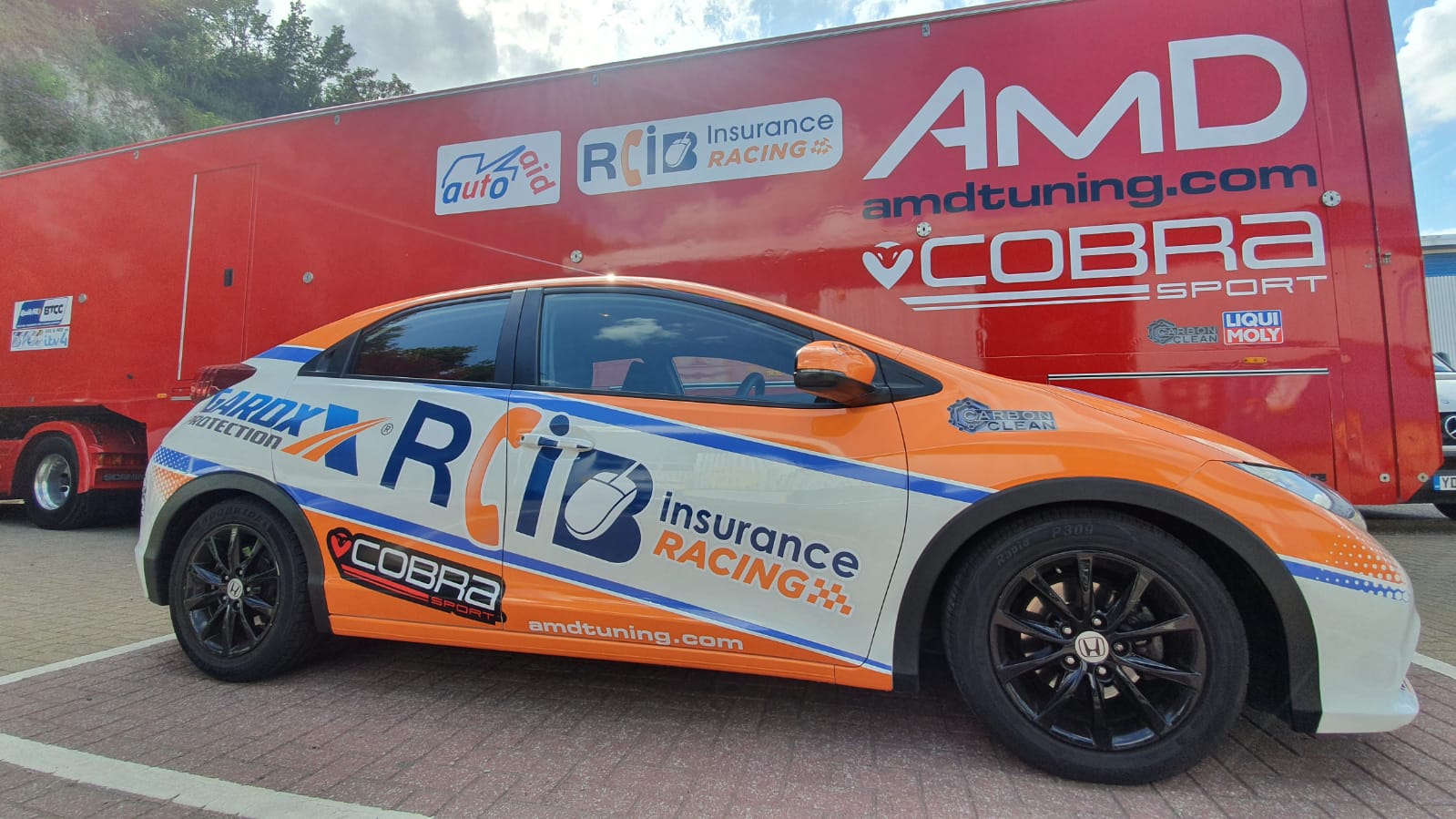 Following on from a highly successful competition last year that saw one lucky winner walk away with an MG6 GT, the team will give away a road-going replica of the Honda Civic being raced in 2019 by Rory Butcher and Sam Tordoff.

The prize will be provided by joint title sponsors AutoAid and RCIB Insurance, whilst West Thurrock-based AmD Tuning will add a range of special upgrades before the car goes to its new home, including a new set of tyres provided by long-time BTCC supplier Dunlop.

A number of competitions will take place through AutoAid and RCIB Insurance’s social media channels from the next round of the season at Thruxton, with the competition winners all securing a pair of VIP Hospitality tickets to join the team at Brands Hatch for the final race of the season.

Over the course of the Brands Hatch weekend, a special Scalextric shootout will take place at the circuit to determine which of the competition winners secures the ultimate prize and wins the car.

To be in with a chance of winning the Honda Civic, potential entrants will need to follow both AutoAid and RCIB Insurance Racing on Facebook and Twitter using the accounts below, where the various qualifying competitions will take place.

Shaun Hollamby, Cobra Sport AmD with AutoAid/RCIB Insurance Racing team principal, said:
“When the idea was created to give away the MG last year, the reaction from race fans was fantastic and it proved to be a hugely successful campaign for everyone involved.

“When AutoAid and RCIB Insurance suggested running a similar competition this season as part of our on-going partnership, it really was a no-brainer and we’re excited to now launch the 2019 version to win a road-going version of the Honda Civic.

“The Civic is a fantastic base car to work with, and it will undergo a number of upgrades at our workshop before going to its new owner.

“We’re sure that fans will embrace the competition in the same way they did twelve months ago, and we look forward to meeting the various winners when we get to Brands Hatch to see who gets to drive away with the main prize.”

Mike Joseph, AutoAid & RCIB Insurance managing director, said:
“We are very excited to be able to launch the 2019 version of the competition we ran with such success twelve months ago, and would like to thank AmD and Scalextric for once again helping to pull it all together.

“I’m sure that fans will get behind the competition and will embrace the opportunity to win a truly one-off prize. Hopefully the competition will prove to be as exciting for fans off-track as the action we have seen on-track this season, and would like to wish everyone who enters the very best of luck.”