The Cobra Sport AmD with AutoAid/RCIB Insurance Racing team was able to celebrate a third victory of the Kwik Fit British Touring Car Championship season as the series returned to Thruxton for the seventh round of the campaign. 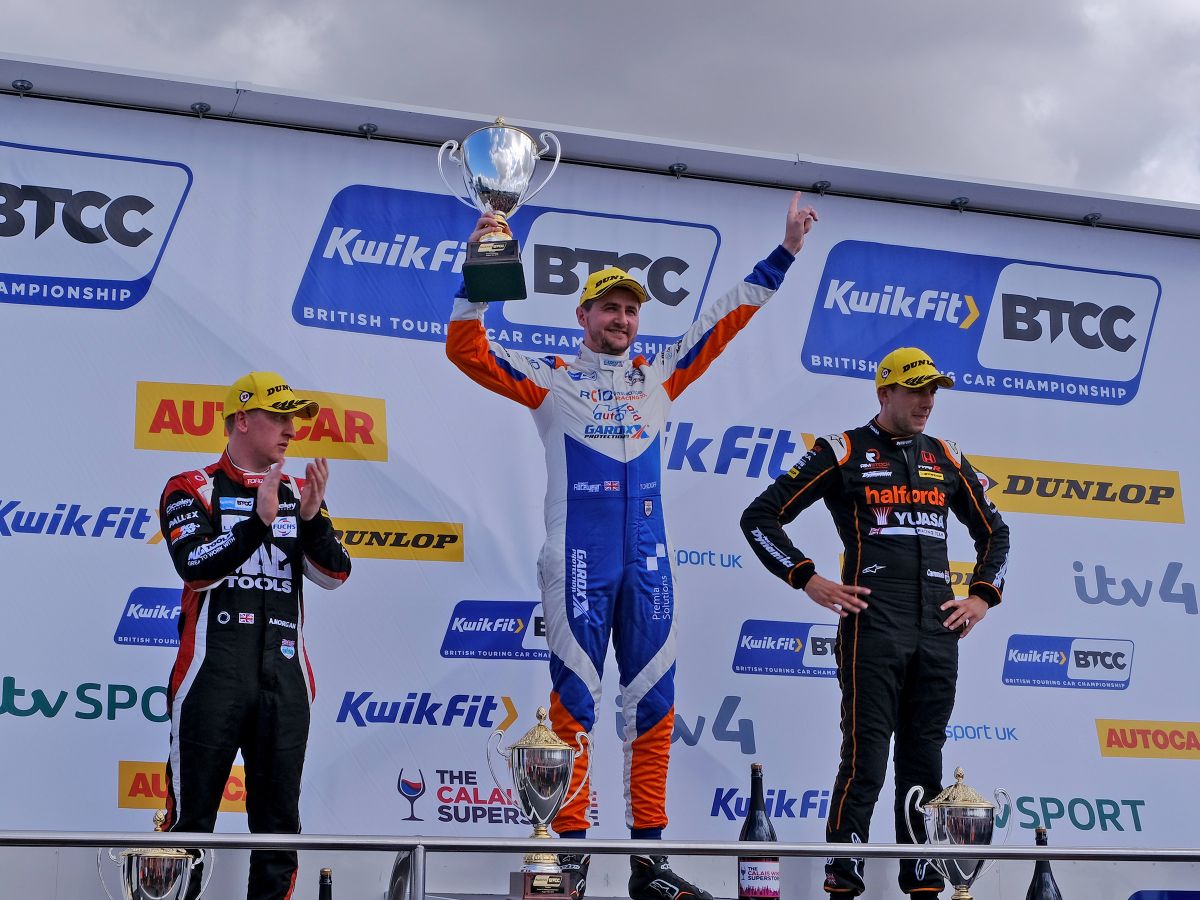 The West Thurrock-based team headed into the weekend hoping to challenge at the sharp end of the field, with its Honda Civic Type R having been one of the quickest cars on track during the first trip of the year to Thruxton back in March.

After two difficult practice sessions, Leeds-based driver Sam Tordoff produced a fine performance in qualifying to secure pole position, as he repeated the result he had taken during the first visit to the circuit earlier in the season.

Having missed out on a win then to power steering problems, Sam went into the opening race eager to fight for his first victory of the campaign and a measured drive saw him lead from start-to-finish for his first win of the season.

Carrying maximum ballast into race two, Sam was able to maintain his lead through the opening laps before his challenge was halted by debris going through the radiator of the Honda, leading to rising engine temperatures and leaving him to somehow bring the car to the finish in tenth place.

With the team changing the engine ahead of race three, Sam was able to bring the car home in eleventh place after surviving a late race deluge of rain, with his results from the weekend seeing him move up to ninth in the championship standings.

Fife-based team-mate Rory Butcher had qualified sixth on the grid in the sister car but would endure a more difficult race day as he looked to maintain his championship challenge.

Seventh place in the opening race saw the Scottish star add more solid points to his tally before Rory found himself right in the middle of the action in race two.

Despite looking well placed for a top ten finish, Rory would be shuffled back to 14th on the final lap, leaving him with work to do in the final race of the weekend.

Sadly for Rory, a broken CV joint on the green flag lap then prevented him from taking the start and he leaves the weekend sitting fifth in the standings.

Shaun Hollamby, Cobra Sport AmD with AutoAid/RCIB Insurance Racing Honda team principal, said:
“I’m delighted that Sam has been able to get the victory he missed out on when we visited Thruxton earlier in the season, and for us to win for the third time is fantastic. He drove really well to build on his performance in qualifying, and it was a result that was richly deserved.

“It’s been challenging aside from that and it’s unfortunate that we couldn’t secure more from the other races. Sam was just unlucky that some debris damaged his engine in race two and it’s been one of those race days for Rory where things just didn’t go his way.

“However, we know that we have a quick car as we showed in taking pole and the race one win, and we’ll look to build on it when we got to Knockhill.”

Rory Butcher, #6 Cobra Sport AmD with AutoAid/RCIB Insurance Racing Honda Civic Type R, said:
“It’s been a really tough race day for us. The highlight of the weekend was certainly qualifying because for some reason, we struggled in the races. I didn’t feel able to attack and had to drive with an eye on the mirrors in the opening two races, and we planned some big changes for race three.

“The aim was to try and salvage something from the weekend in race three but unfortunately it wasn’t to be with the issue before the start.

“We just have to put this one behind us and focus on what is to come. Clearly it hasn’t gone our way here, but Knockhill is a big weekend for me next time out and I’m looking to come out fighting on home soil.”

Sam Tordoff, #600 Cobra Sport AmD with AutoAid/RCIB Insurance Racing Honda Civic Type R, said:
“Overall it’s been really good. To get pole and then lead race one from lights-to-flag with fastest lap was perfect, and a result that was long overdue. It wasn’t easy to lead from the front as it is easier to follow someone round here and use them as a reference point, and it was certainly more difficult than it might have appeared. Dan kept me too honest for my own liking and it was the longest 16 laps of my life, but that makes it all the more rewarding.

“From there, we should never have finished race two with the problem we had with the car, and were lucky to then even get out for race three so we’ve really pulled something from the jaws of defeat from those two. We have picked up good points this weekend to move into the top ten in the standings and I’m glad we’ve now got the victory. We’ll have to see what Knockhill brings.”