Wigan racer Tony Lynch will make a return to the opb Motorsport Retro Rallycross Championship this weekend when the series heads to Lydden Hill for the fifth round of the season. 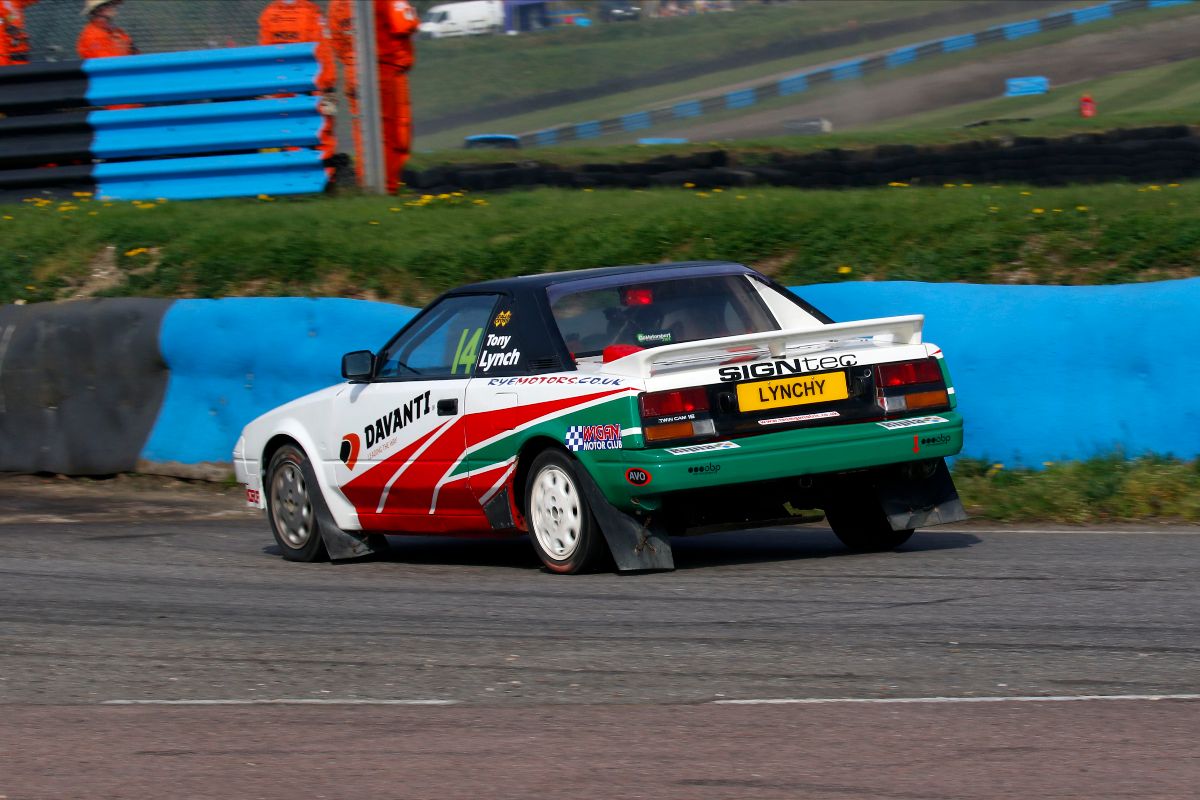 Tony and his Team Geriatric outfit elected to miss the previous event at Pembrey back in June in order to complete a series of planned upgrades to the Toyota MR2 it is competing with this season.

Hard work from the team has seen the Toyota fitted with an upgraded engine that is set to almost double the available power, whilst improvements have also been made to the suspension to improve handling.

With his previous outing in the series having come at Lydden Hill back in April, this weekend will now provide Tony and the team with the ideal opportunity to see the impact of the upgrades.

Whilst hopes are high that the new parts will ultimately allow the multiple rallycross champion to fight further up the field, Tony heads into the weekend keeping expectations in check in what will effectively be a test session for the new package.

“It was a tough decision to miss the double-header at Pembrey, and we’re delighted to be able to confirm that we will be back in action this weekend,” he said. “Carrying out the upgrades we wanted to make on the car proved to be a challenge because of the difficulty in sourcing some of the parts we needed, and I have to give massive thanks to my team for the work they have put in to get the car ready. I also have to thank AVO for the upgraded suspension parts that are now fitted to the car.

“The figures for the new engine suggest that we are going to benefit from a big increase in power, which will hopefully allow us to move forwards up the order as our ultimate goal is to be in a position to fight for the championship title in 2020. However, this weekend we have to not get carried away and see how we get on.”

As well as the mechanical improvements, the Team Geriatric Toyota will also debut a new look this weekend after a deal was agreed with Landsail Tyres to become title sponsor of the team for the remainder of the 2019 season.

“It’s great to welcome Landsail onboard as title sponsor and we want to thank them for their support,” Tony added. “We also need to thank Rye Motors for painting the car and Signtec for the new livery they have applied and we look forward to showing it off this weekend.”