Wigan racer Tony Lynch endured a challenging return to action in the opb Motorsport Retro Rallycross Championship as the series headed for Lydden Hill for the fifth round of the season. 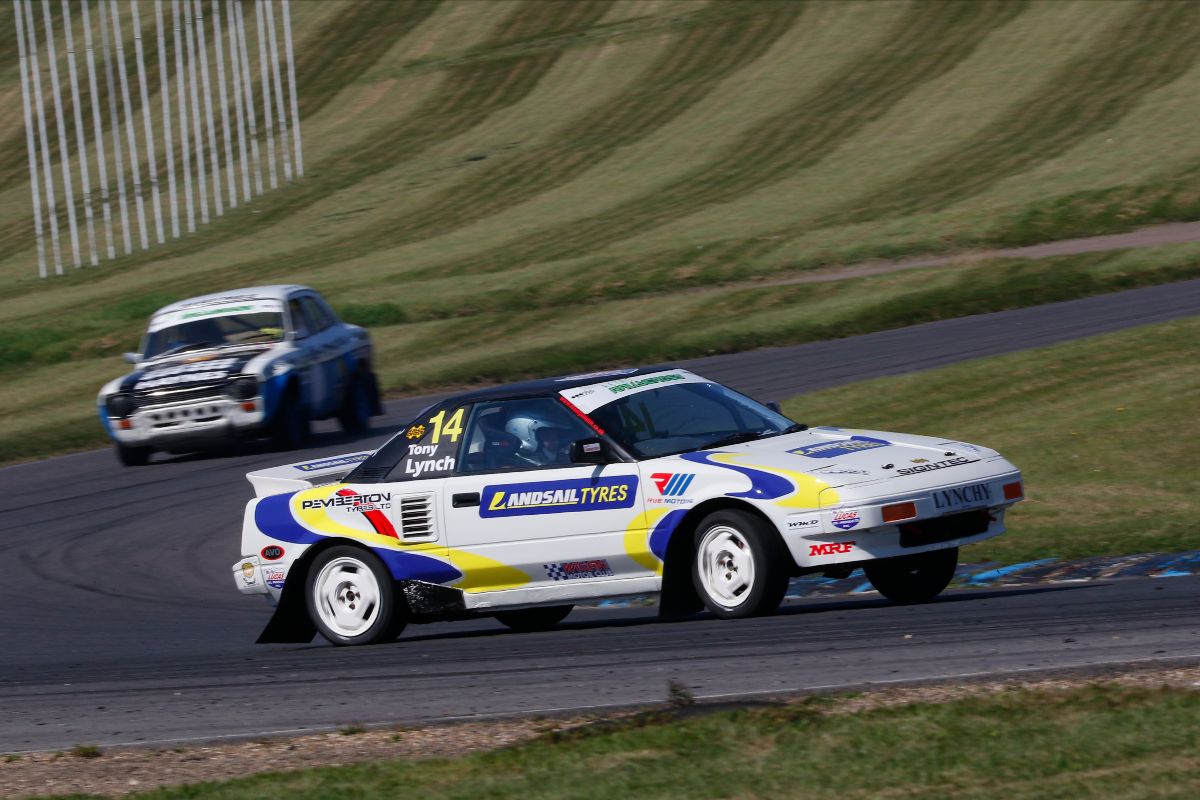 Tony and his Landsail Team Geriatric outfit headed for the famous Kent circuit ready to debut an upgraded version of the Toyota MR2 it acquired over the winter, with the team having missed the double-header at Pembrey back in June as modifications were carried out.

With a new, more powerful engine and upgraded AVO suspension parts fitted to the car, Tony hit the track for the opening practice session eager to see what impact the first stage of development would have on the car.

After coming through practice unscathed, Tony finished the opening qualifying heat second in the Retro Rallycross class and then finished third in heat two – posting his quickest lap of the weekend in the process.

It left Tony sitting second in class heading into the final qualifying heat, but checks on the engine before that heat showed an oil seal leak on the new unit.

With the engine being used for the first time, the decision was taken to withdraw the car from the final heat and from the remainder of the event to avoid potentially terminal damage to the new motor.

Whilst that meant an unfortunate – and rare – DNF for Tony and the team, there was plenty of cause for optimism about the remainder of the campaign, starting with a return to the Pembrey circuit in Wales next month.

“As a racer, it was tough to make the call to withdraw after the second heat and there was part of me that wanted to continue and hope that the engine would be okay,” he said. “However, given the investment that we have made in recent months, it simply wasn’t worth the risk when this is a year that is all about development for us rather than chasing wins and a championship title.

“While the end result isn’t what we were looking for, there are plenty of positives for us to take away from the Lydden Hill weekend. The initial pace with the new engine was good and we were getting quicker, and the new suspension had also improved the handling of the car.

“It shows that we are moving in the right direction and I think we can be confident that good times lie ahead.”

The Lydden Hill meeting was the first outing for the team with Landsail Tyres as title sponsor, with the Toyota running in a new-look livery that will now be in place for the remainder of the 2019 campaign.

“We’re proud to have joined forces with Team Geriatric,” Leigh Melling, Brand Manager for Landsail Tyres said. “Tony and the team have a winning mentality and we’re thrilled to be able to help them compete in this year’s Retro Rallycross Championship.

“The car already looks great in Landsail colours and just as millions of UK drivers trust Landsail tyres, we trust Team Geriatric to deliver success on the track!”