Dan Kirby enjoyed a successful return to the Porsche Carrera Cup GB after rejoining the grid for the World Endurance Championship support meeting at Silverstone. 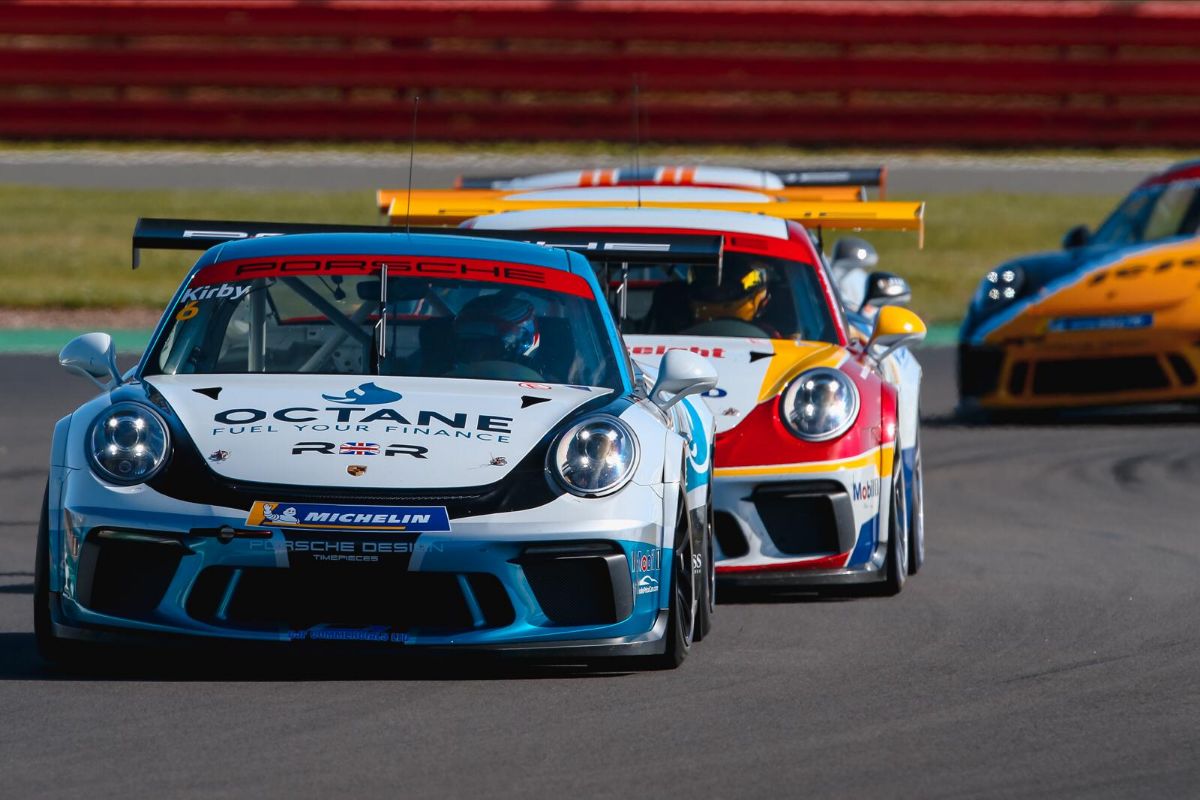 Dan – the managing director of award-winning motor dealership Trade Price Cars – was competing in the series for the first time since a one-off outing at Snetterton last year, where he secured a brace of podium finishes in the Am Class.

Driving for the same Rob Boston Racing team that had run him in the Ginetta GT4 Supercup earlier this season, Dan was quickly up to speed when the on-track action got underway and qualified fourth in class for the opening race of the weekend.

The opening 35 minute encounter saw Dan battling hard for position in the opening stages at the wheel of his Octane Finance-backed car, before contact with Peter Kyle-Henney saw him suffer a high-speed spin on the Wellington Straight whilst dicing for a place on the podium.

Although he was able to continue, damage to a wheel meant Dan dropped off the lead lap as he took the flag in 16th overall and fourth in class.

Confident about a strong showing in the second race of the weekend, Dan made an impressive start to proceedings to move to the front of the Am Class after battling his way ahead of race one winner John Ferguson.

Running strongly on track, Dan was then delayed after a clash with Ferguson as he attempted to reclaim the place and would ultimately cross the line fourth in class and 15th overall – having set the fastest lap amongst the Am Class racers.

“It was a great weekend on track and I have to give thanks to Rob Boston Racing for the opportunity to complete at the biggest event on the Carrera Cup calendar,” he said.

“Both races were a case of what might have been in terms of the end result and it’s a shame that I couldn’t pick up any silverware, but to compete on the full GP circuit as a support to an FIA World Championship was an amazing experience and one that I absolutely loved.

“After the one-off outing at Snetterton last year, I seriously considered competing in the Porsche Carrera Cup this season and on the back of this weekend, I’d love to be able to compete in the series full-time in 2020.”