Seventh win of the year for Harry King at Knockhill

Rising star Harry King maintained his challenge for the Millers Oils Ginetta GT4 Supercup title with another victory as the series headed for Knockhill for the sixth round of the year. 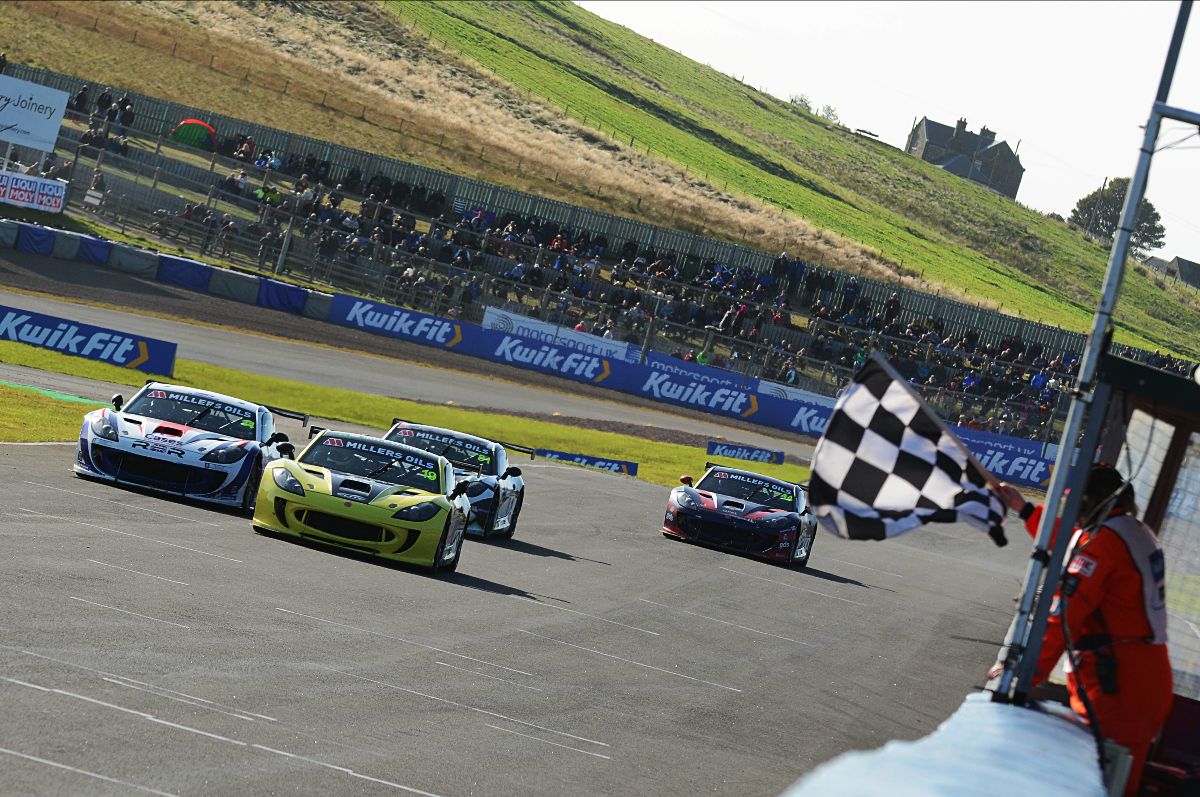 The Holyport racer made the long trip to Scotland with his focus firmly on trying to reclaim the championship lead having slipped down to second as a result of a double DNF last time out at Thruxton.

Qualifying saw the talented teenager put his Elite Motorsport-run car on pole position after edging out title rival Will Burns, and he then maintained his lead when the opening race got underway.

Nearly two seconds clear by the end of the opening lap alone, Harry was able to pull away from the chasing pack and looked set for a comfortable win before an incident further down the field led to the safety car being deployed and allowed the field behind to close in.

However, when the race then resumed, Harry wasted little time in edging clear once again as he secured his seventh victory of the year.

Starting race two of the weekend once again from pole, Harry vaulted away into the lead going into turn one but was then hit with a ten second time penalty having been deemed to have jumped the start.

Undeterred, Harry broke the lap record he had set in race one as he looked to negate the penalty and was within a second of holding second place when an incident behind led to the safety car being deployed.

Backing the field up behind, all of Harry’s hard work was undone and with a trip across the grass also costing him time on the restart, he had to settle for ninth place overall and seventh among the Pro class runners.

Despite being left to run on old tyres in race three, Harry was able to fight his way forwards when the action got underway and soon found himself running in fourth behind Burns.

Battling ahead of his rival, Harry then produced a defensive masterclass over the remainder of the race to keep quicker cars at bay and secure his second podium of the weekend as he crossed the line in third.

It means Harry leaves Scotland sitting 24 points behind Burns in the title race heading to Silverstone later this month.

“I’ve got mixed emotions when it comes to the results this weekend, but there is no doubt that we have made a statement in terms of our pace,” he said. “The first race was pretty much perfect and we should have added to that in race two. A small error at the start really hurt, and I was pushing hard to try and build a lead and get rid of the penalty.

“Without the safety car, I’d still have finished second there, but I pushed so hard that the tyres were really shot for race three. To still come through to third was good and I had to get my elbows out a bit, but that was what was required. It was a difficult race but we knew that would be the case and had set the car up to deal with the fact that the performance wasn’t going to be there in the tyres.

“The car has been mega this weekend and there is no better feeling than racing around a circuit like Knockhill when you have a car that is performing well underneath you. The team has done a great job yet again and the points we’ve picked up here could be crucial at the end of the season.”