The Trade Price Cars Racing team will seek to build on the success it enjoyed at Knockhill when the Kwik Fit British Touring Car Championship heads for Silverstone this weekend for the ninth round of the campaign. 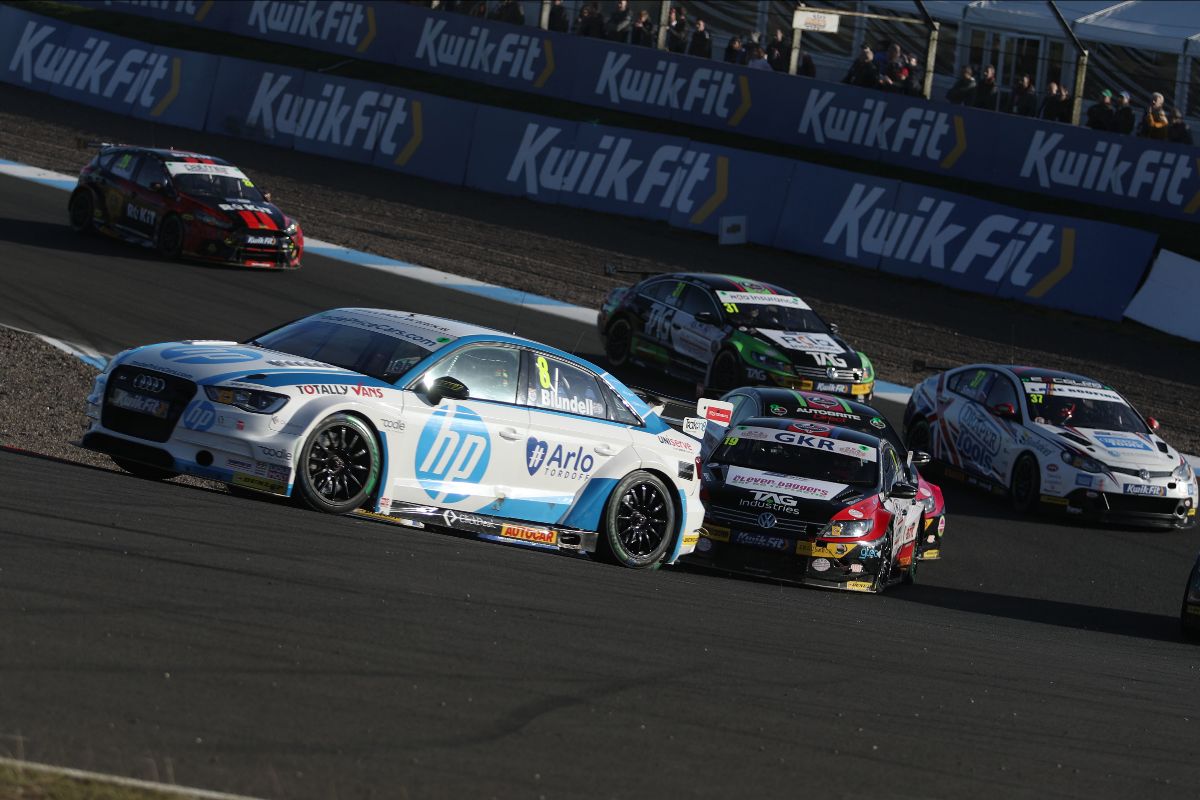 The team, run on behalf of the award-winning Essex-based motor dealership by technical partners AmD Tuning, secured a first win in the highly competitive series last time out in Scotland, with rising star Jake Hill taking the chequered flag first in the final race of the weekend.

On the back of his maiden win in the series, Jake heads to Silverstone looking to maintain the form that has seen him surpass his previous best points score for the season and break the 100 point barrier for the first time.

Jake has enjoyed success around the Northamptonshire circuit in the past in a range of different formula, with victories on the short National Circuit – which will be used this weekend – as he worked his way up the motorsport ladder, and also on the full Grand Prix layout in historics.

Buoyed by his victory in Scotland, Jake will hope to add to his run of points finishes at a circuit that should suit his Audi S3, with his eyes on what would be a fifth top six finish of the campaign.

Former F1 racer Mark has plenty of experience of racing at Silverstone during his long and successful career, but will be making his first appearance on the short National layout.

Mark enjoyed a solid weekend in Scotland, which included a fourth top 20 finish of the season in the opening race.

Taking plenty of confidence away from the Knockhill weekend after a tough run of form, Mark will hope to build on his results north of the border as he continues his quest to push into the points scoring positions for the second time this season.

Mark Blundell, #8 Trade Price Cars Racing Audi S3, said:
“Silverstone is an event that I have been looking forward to all season as it’s such a special circuit to race at. The support is always brilliant and the racing is good, and hopefully it’ll be the same during the weekend ahead.

“After a good weekend at Knockhill, I’m hoping to keep some momentum rolling into Silverstone and I’d like to think we can get up into the midfield and try to push for some points.

“I made up places from the back of the grid at Knockhill and if I can have a better result on Saturday, then hopefully we can race inside the top 20 on Sunday.”

Jake Hill, #24 Trade Price Cars Racing Audi S3, said:
“I’m still buzzing from the win at Knockhill and am now really looking forward to Silverstone this weekend. I love the circuit and have had some good results in the past, and I’m really geed up for it.

“I think the car should go well around Silverstone and it certainly won’t be one of our bogey circuits. There are a few things that we learned at Knockhill that we plan to try in practice, and it’ll be interesting to see how they go.

“I feel a weight has been lifted from my shoulders having taken my first win and I’m carrying a lot more confidence as a result. Hopefully we can push for more strong performances this weekend and I’d like to think we can fight for a top five finish.”