Wigan racer Tony Lynch was able to celebrate a first victory in the opb Motorsport Retro Rallycross Championship on a fine weekend on track at Pembrey. 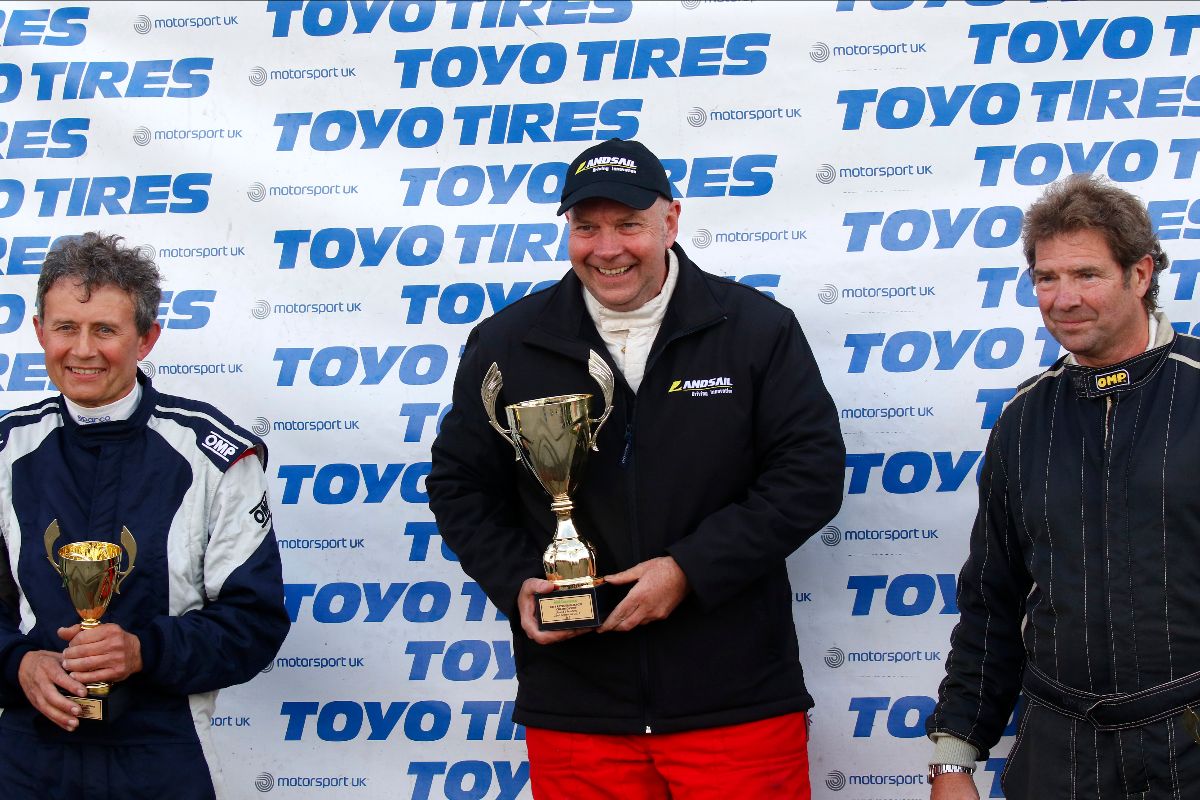 Tony went into the weekend looking to impress at the wheel of his Landsail Tyres Team Geriatric-run Toyota MR2, which was appearing on track for the second event since the team fitted a new, more powerful engine to the ex-rally car.

Having been forced to retire from the previous event as a precaution following an oil leak, Tony headed to South Wales optimistic about a solid weekend on track as he looked to put more miles on the new package.

From the outset however, the Toyota was right on the pace with Tony leading the Retro Rallycross field in heat one in third place overall.

Tony then repeated that result in heat two before taking second overall in heat three – leaving him on the middle of the front row for the final.

A fine start saw Tony slot into second overall before the Super Retro class BMW of Gary Simpson and from there, the Toyota was able to edge away from the rest of the class field as Tony stormed to his first Retro Rallycross victory since switching to the series at the start of the year.

“We had a glimpse of what the upgraded car could do at Lydden Hill and that left us confident about what we could do at Pembrey,” he said. “We didn’t want to get carried away but from the first heat, I knew we had a car that could challenge for class honours.

“The new engine worked like a dream and we really benefitted from the new AVO suspension as I was able to get the power down a lot better at the start and the coming out of the slower corners.

“I had some good battles with Steve Cozens in the heats and I knew that if I could get ahead of him at the start of the final and not make any mistakes then we could get the win.

“That was how it panned out and to get the win is fantastic. It shows we are moving in the right direction with the changes to the car and there is still more to come, which leaves me confident that when we get to 2020, we’ll be able to launch a title challenge.”