BMW Pirtek Racing’s Andrew Jordan will head into the Kwik Fit British Touring Car Championship season finale next month firmly in contention for championship honours despite a tough weekend on track at Silverstone. 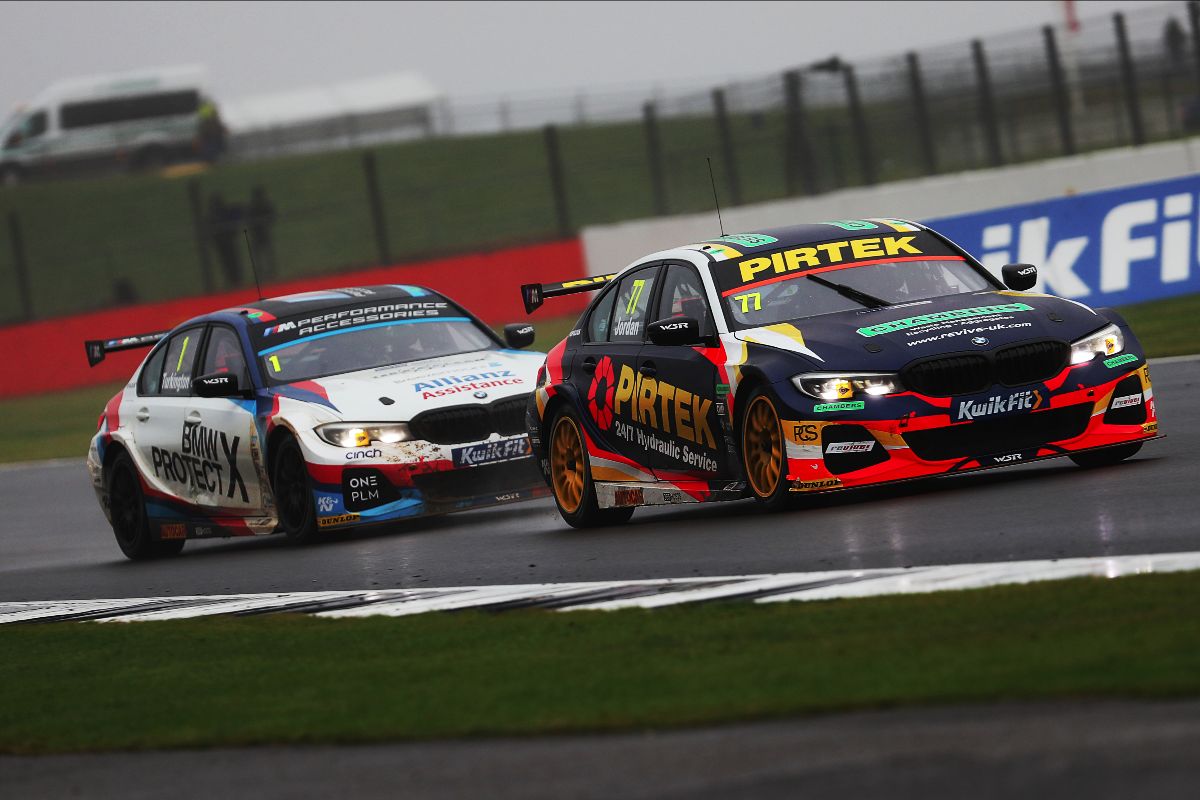 Andrew went into the penultimate weekend of the season looking to strengthen his bid for a second championship title having closed to within ten points of West Surrey Racing partner Colin Turkington last time out at Knockhill – where he took his sixth victory of the campaign.

Having shown solid pace in free practice in his BMW 330i M Sport, Andrew qualified 14th for the opening race of the weekend despite his fastest lap being just three-tenths of a second off pole.

With additional ballast on his car, Andrew elected to run the soft tyre in race one and made solid progress up the order to cross the line in eighth place, ahead of his main championship rivals.

An unfortunate post-race penalty then dropped Andrew back to tenth spot, although he still closed the gap to the championship lead in the process.

From tenth on the grid for race two, Andrew worked his way into the top six and edged ahead of the Honda of Dan Cammish into fifth just before the safety car was deployed.

Andrew would lose a place after contact from Cammish behind the safety car and was then running in eighth place when rain started to fall and the race was red-flagged.

The final race would prove to be a chaotic affair after the arrival of heavy rain led to a number of drivers, including Andrew, deciding to pit for wet tyres.

Dropping well down the order as a result, Andrew then fought his way back through the field to cross the line in eighth place once again ensuring that he will go into the season finale at Brands Hatch 17 points off the championship lead.

“It’s been a tough day, which all goes back to qualifying where my plan to work with another driver didn’t come off thanks to an issue with their car,” he said. “To come back from there to get what we did was a pretty good job, because it would have been very easy to throw the championship away on a weekend like this with the conditions we have faced.

“It’s one of those weekends that is good for the spectators watching on but it’s been tense for us drivers, particularly when me and Colin were fighting in race three. It can be tough when you are team-mates, but there is a championship at stake and we raced hard and we didn’t turn each other around.

“What happened in race two with Dan was disappointing as there was no need for contact behind the safety car. I was ahead when we reached the yellow flags and that is backed up by the TV footage; what happened next shouldn’t have happened.

“Going to Brands Hatch it is still all to play for. When I won the title, I lost 27 points to the guys behind at the final round so it certainly isn’t over, and having stayed right in the mix, I’m going there with one goal.”