Rising star Harry King has moved into the lead of the Millers Oils Ginetta GT4 Supercup standings on the back of a double victory in the penultimate meeting of the year at Silverstone. 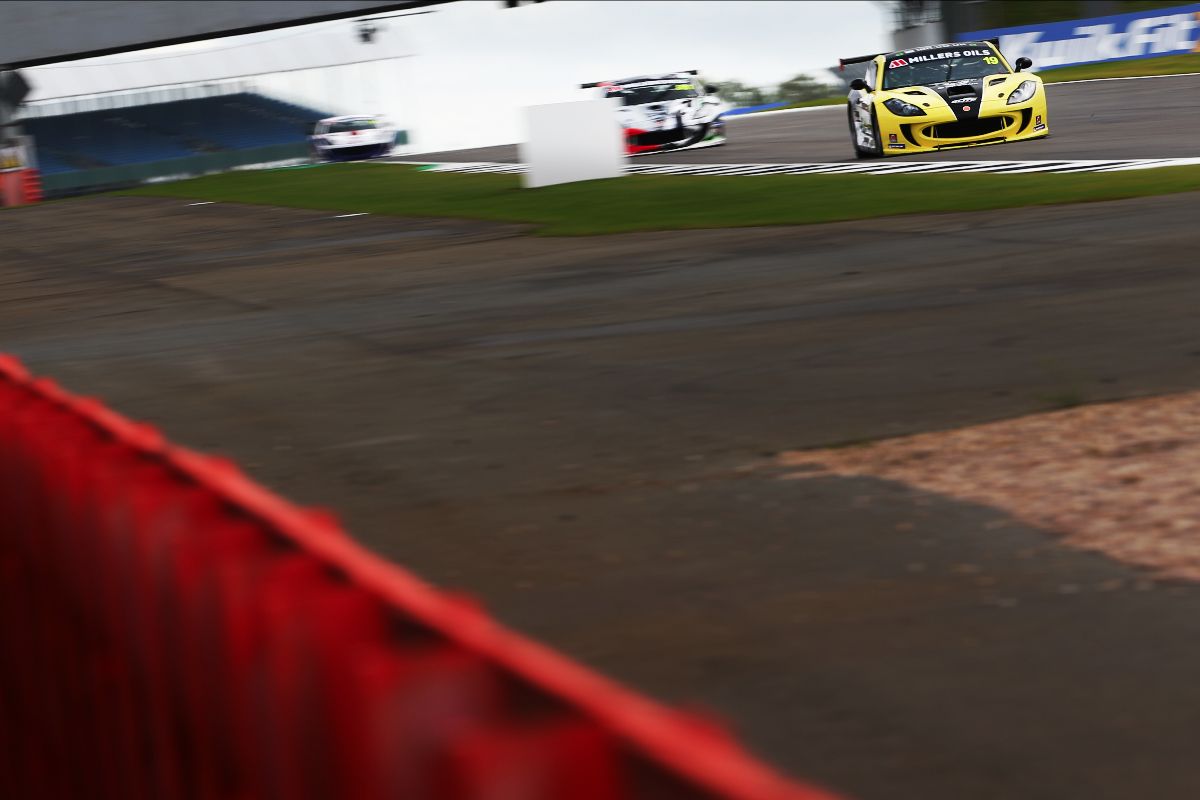 The Holyport racer went into the weekend looking to try and reclaim the championship lead, and an impressive performance in qualifying saw him storm to pole position for the third successive event, finishing more than a quarter of a second clear of his nearest rival.

Eager to try and close the gap to points leader Will Burns when the opening race kicked off, Harry maintained his lead on the run to Copse for the first time and was never headed at the front of the field as he stormed to victory, closing to within two points of the lead after a spin for Burns.

As was the case in race one, Harry was able to control race two from the front in his Elite Motorsport-run car only to lose his advantage at the front when the safety car was deployed to allow a stricken car to be recovered from the gravel.

When the race resumed, the talented youngster simply pulled away from the fight for second to snare another victory and move into the points lead, with Harry then seeking to extend his advantage in the last race of the weekend on Sunday.

From fifth on the grid, Harry was able to jump into the lead on a chaotic opening lap and would remain out front until a small error at Luffield allowed Tom Hibbert to get ahead.

Running on old tyres, Harry then came under pressure from title rival Burns who edged ahead as the pair started the final lap. However, as rain started to fall, Harry made a stunning move down the inside at Brooklands to reclaim the place.

The end result means Harry will head to the season finale at Brands Hatch next month with a seven point lead in the standings.

“It’s been a good weekend and I’m really pleased to come away from Silverstone with two wins and a second place,” he said. “I’ve managed to finish ahead of Will in every race and took advantage of some of the issues he faced, and it means we’re now back on top going to Brands Hatch.

“Having put the car on pole, the first two races pretty much went to plan and the team gave me a fantastic car. We struggled here last year, but this time around the car was brilliant, and our pace was clear.

“The final race was a bit more difficult because we were on old tyres but I knew it was important to maximise our points from it. When Will managed to get ahead, I knew I had to try and reclaim the place because every point counts at this stage of the year.

“It’s much better to take a seven point lead into the finale and we’ll be giving our all in two weeks to try and wrap up the title.”