The Richardson Racing team continued its strong campaign in the Michelin Ginetta Junior Championship with another victory as the series headed to Silverstone for the penultimate rounds of the season. 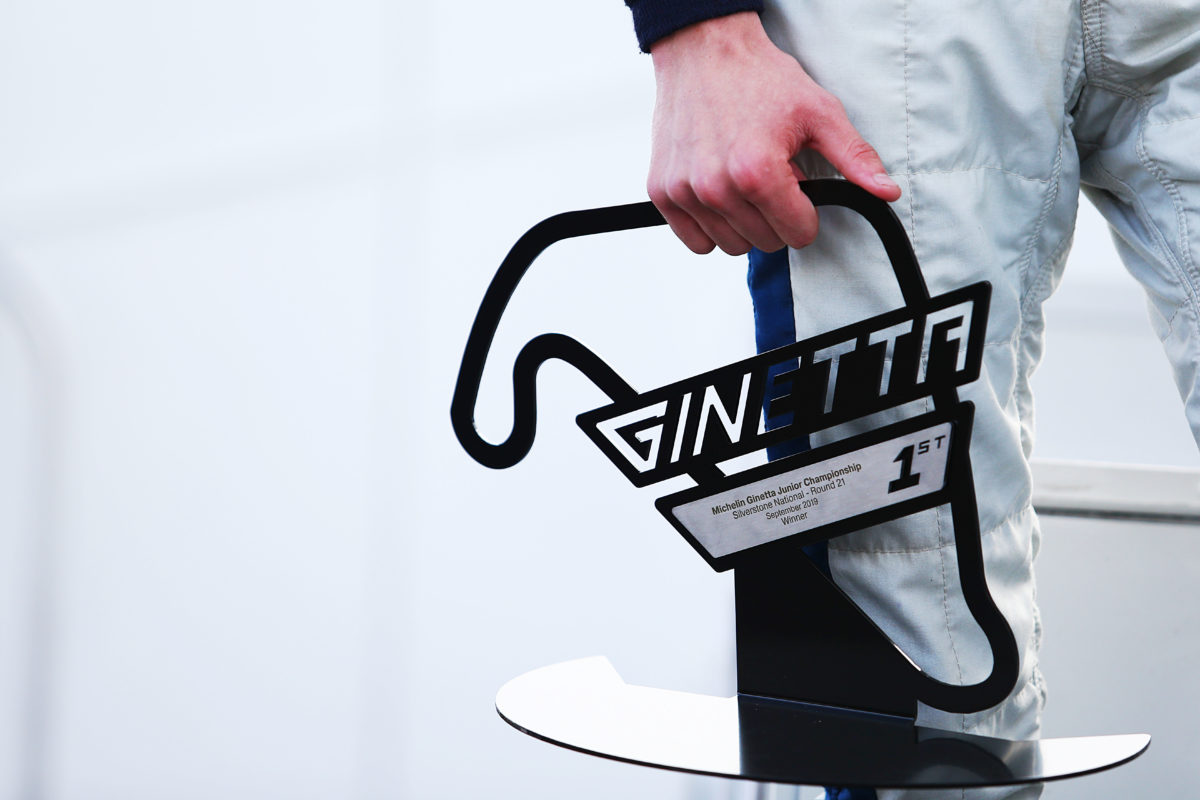 The Corby-based team made the short trip to the Northamptonshire circuit with drivers Will Martin, Casper Stevenson and Ethan Hawkey all hoping to impress on track.

Qualifying would end up with mixed results for the trio, with Will qualifying in fourth place, Ethan in eighth and Casper in 14th.

The opening eleven lap race would be typically action-packed affair, with Will in the heat of the battle for victory throughout.

Whilst he would cross the line in third place, track limits penalties for both Lorcan Hanafin and Gus Burton meant Will secured his eighth victory of the year.

Although he would cross the line in ninth spot, Ethan was another driver to fall foul of a penalty for track limits which resulted in him being classified in twelfth, two spots behind Casper after he survived the midfield squabbles to finish up with a top ten finish.

Damp conditions for the second race on Sunday morning provided an extra challenge for the three drivers, with Will securing the best finish for the team as he worked his way up from ninth on the grid to take sixth spot.

A tough race for Ethan resulted in him finishing up 14th, whilst Casper was unable to secure a result to match his speed after being forced to pit at the end of the green flag lap with an issue, eventually joining the race three laps down on the rest of the field.

With the results of that race determining the starting positions for race three, both Ethan and Casper faced a challenge to try and come through the field in what were once again tricky conditions on track.

Having climbed into the top ten on the opening lap, Ethan then found himself shuffled back to 15th spot but emerged from a huge battle after a mid-race safety car with a tenth place finish – two spots clear of Casper who made steady progress through the field to twelfth having made up an impressive nine places.

Will found himself running in fifth after the safety car period and was keeping in touch with the leading quartet heading into what appeared to be the final lap.

As the four drivers ahead diced for position, Will saw a chance to make up places heading down the Wellington Straight and having got into second, then slipped through into the lead going through the final corner.

Unfortunately for Will however, the clock had hit zero to end the race a fraction of a second before the field crossed the line to start the final lap, meaning the result was called at that point – leaving him classified back in fifth spot.

The season will come to an end in two weeks time at Brands Hatch.

“It’s good for us to add to our win tally again this weekend, despite the fact that Silverstone has been one of the more challenging events of the season,” team boss Gwyn Richardson said. “Will has driven well again across the weekend and to go into the final round of the year with more wins than any other driver is a mark of the progress he has made this season.

“What happened in the final race was unfortunate, but fractions of a second is what motorsport is all about and on this occasion, they worked against him.

“We know that both Ethan and Casper deserved more than their results show, but I’m confident that both will bounce back when we go to Brands Hatch and be able to end the season on a high.

“It’s all to play for in the fight for the Teams’ Championship and we will go into the final round giving our all to try and secure the title.”