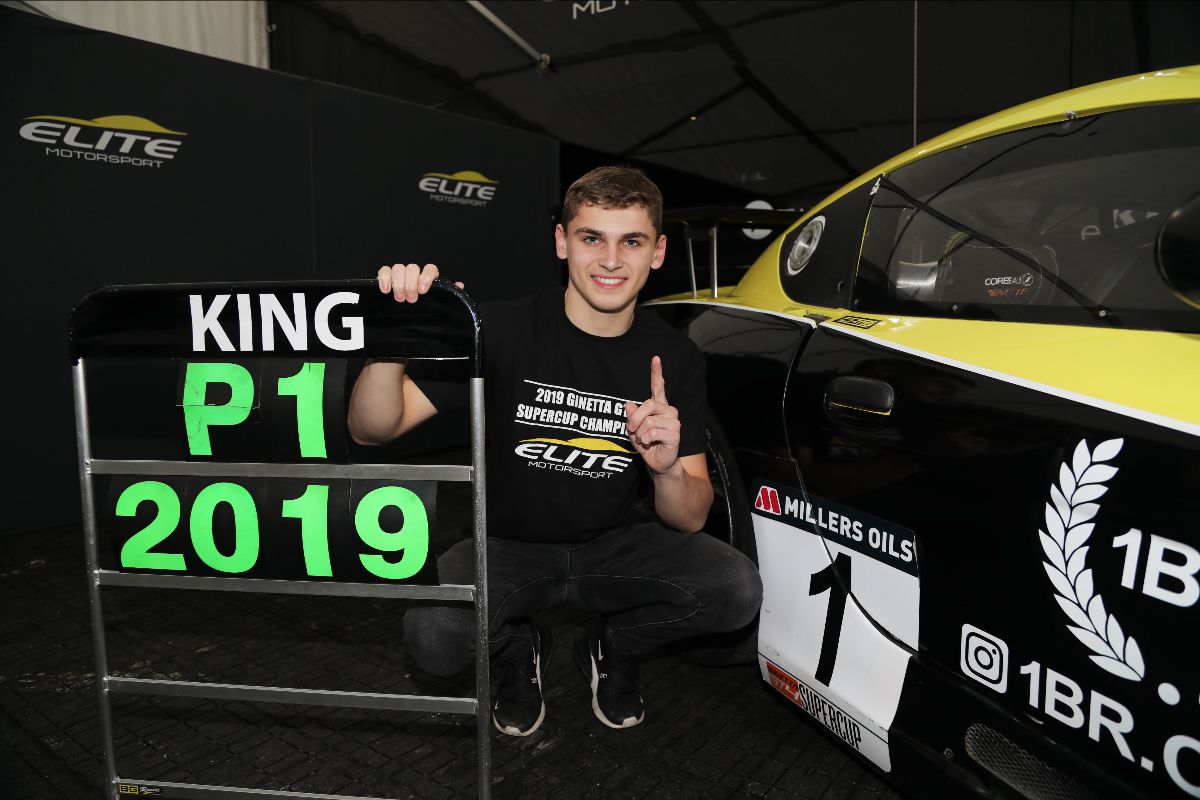 The Holyport racer went into the weekend in a two-way shootout for the title with Will Burns, who he led by seven points in the standings.

Qualifying in damp conditions saw Harry edged out of pole by Burns right at the end of the session with the duo split by just 0.050s – reflecting the close nature of the battle between the pair for the championship crown.

Conditions would worsen ahead of the opening race on Saturday afternoon, and a slow getaway from Harry allowed Burns to lead the way into Paddock Hill Bend for the first time.

Carrying more speed through the opening turn, Harry rocketed up to the rear of Burns’ car on the run up to Druids and as the pair then dropped back down the hill towards Graham Hill Bend, Harry launched an astonishing move around the outside to sweep into the lead.

Making light of the conditions, Harry simply drove away from the rest of the pack to secure a dominant victory by more than eleven seconds; his pace shown by the fact that his fastest lap was a second quicker than anyone else.

From pole for race two, Harry was able to control the race from the front despite no fewer than three safety car periods that prevented him from establishing much of a lead out front.

The quickest car on track by some margin, Harry secured victory ahead of Burns to extend his advantage in the points still further heading into the final race of the year.

Sixth on the reverse grid for race three, Harry came through the opening lap unscathed to run in second place and although Burns would sneak through on the final lap, the top three finish was more then enough to secure the championship title by 13 points.

Over the course of a stunning campaign, Harry secured no fewer than eleven wins, and a total of 16 podiums from 23 starts.

“I’m absolutely delighted to have secured the title,” he said. “I started out with Elite Motorsport four years ago when I moved into cars and we have worked hard to get this position. To have now won the championship is just brilliant.

“The wins in the first two races gave me a safety net going into race three which meant I could go into it feeling calm, and whilst I was desperate to try and get a triple win, there was no need to take risks that I didn’t need to.

“The fight this season with Will for the title has been really good and he has been a great rival. We’ve both had our share of misfortune and things have swung backwards and forwards between us, and I’m pleased we came out on top.”